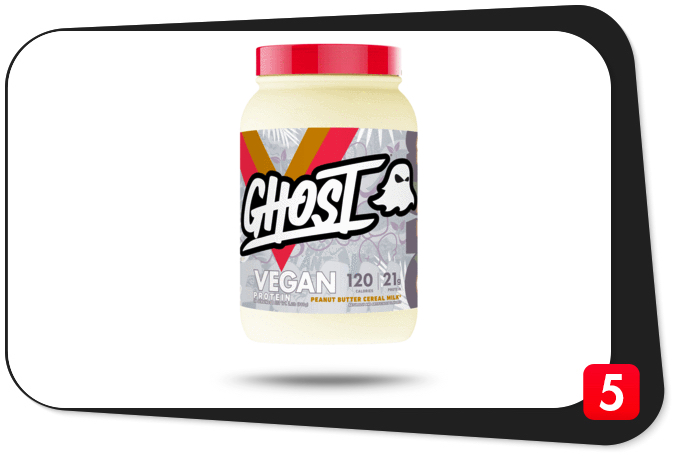 If you’re on the market for a good plant-based protein supplement, GHOST Vegan Protein should fit the bill. As the name implies, this product should help vegans and vegetarians muscle up and then some, as you’ll find out in this review.

If you’re a vegan or vegetarian, it’s possible you’re not consuming enough protein. Bodybuilders who chow on beef, chicken breasts, and eggs, and protein supplements get their protein fix every single day. The former demographic relies mainly on eggs, tofu, beans, and the like. Hey, these are good. However, for some vegans and vegetarians, their protein intake may not suffice.

On that note, vegans and vegetarians who find it challenging to eat enough protein can rely on a plant-based protein shake to overcome this hurdle. One top-notch product which quickly comes to mind is Optimum Nutrition Gold Standard 100% Plant, which has 24 grams of protein per serving from organic pea protein, organic brown rice protein, and organic sacha inchi protein. 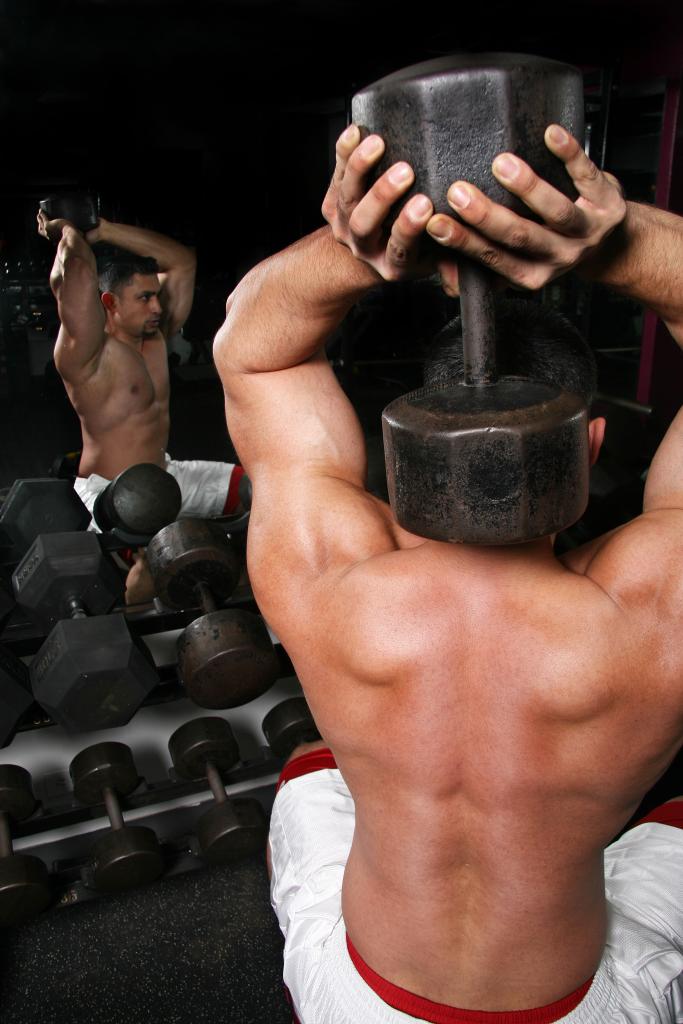 GHOST Vegan Protein should help you make the transition from a catabolic state to an anabolic one after a hard workout.

If you want a healthy and delicious bodybuilding product which supports your fitness goals, GHOST Vegan Protein should be right up your alley. We’re hoping this supplement exceeds everybody’s expectations.

GHOST Vegan Protein yields 21 grams of protein per 35.3-gram serving. That gives you a solid 42 percent of the daily value for protein (strangely enough, the manufacturer doesn’t divulge this in the supplement facts. Plus, for reference, a minimum daily value of 15 percent is high). That much should help you muscle up, shorten exercise recovery time, meet your daily protein requirements, and fill nutrition gaps.

Let’s now probe deeper into the individual components of GHOST Vegan Protein’s protein blend. This should be interesting, to say the least.

Whey protein (especially whey protein concentrate) has lactose content. If you have lactose issues, a plant-based protein powder is the way to go. Pea protein is a great way to start because it’s one of the most hypoallergenic proteins on the market. It also doesn’t result in bloating or digestive issues.

Can pea protein build muscle mass? The answer is a resounding yes. Look no further than its impressive l-arginine content. This is an alpha amino acid and precursor to nitric oxide which helps increase blood flow, vasodilation, and muscle pumps. It also helps regulate blood pressure levels and boost cardiovascular function.

Not only will pea protein increase vasodilation and muscle pumps, but it will also increase muscle thickness. “Supplementation with pea protein promoted a greater increase of muscle thickness as compared to placebo and especially for people starting or returning to muscular strengthening,” per the January 21, 2015 issue of the Journal of the International Society of Sports Nutrition (via NCBI.NLM.NIH.gov). Experts also say pea protein also helps increase fat loss and stabilize blood sugar levels.

It turns out pea protein is more versatile that we initially thought – it helps you pack on some serious muscle mass and safeguard your long-term health. For that, we’re pleased it’s in GHOST Vegan Protein.

According to nutrition communications expert and Atlanta Hawks and Atlanta Braves sports nutritionist Marie Spano, plant-based proteins such as pea, hemp, and rice “are lower in leucine, the key amino acid that turns on the processes underlying muscle growth and repair. In addition, they aren’t as digestible when compared to whey and soy (the body is not able to use all of the amino acids in these proteins). As a result, a much higher dose is necessary post-workout, along (the) lines of 40 grams or more per serving.”

GHOST Vegan Protein has one protein component which you won’t find in many competitors: organic pumpkin protein. This type of protein gets its muscle-building powers from its seed. It has an impressive amino acid profile which includes branched-chain amino acids (BCAAs), essential amino acids (EAAs), and non-essential amino acids. This is particularly crucial because the body cannot synthesize the first two components. One must obtain them from whole foods and supplements.

It doesn’t stop there. Organic pumpkin protein has other impressive health benefits:

GHOST Vegan Protein also boasts of watermelon seed protein, another rare component in today’s plant-based protein supplements. Is it a good source of protein? The Journal of the Chinese Cereals and Oils Association’s September 2013 issue (via ResearchGate.net) certainly thinks so, but has a few reservations. It says, “The protein content of the watermelon (Citrullus vulgaris L.) seed is 36 to 40 percent with most of their essential amino acid higher than the recommended standard of FAO (the Food and Agricultural Organisation). However, most seed is fresh eaten or fried, which is not well-used.”

The clear takeaway: watermelon seed protein is a certified nutritional powerhouse. Not only will it boost your daily protein intake, but it’ll also help improve your long-term health. Those, in a nutshell, are the great benefits of consuming a plant-based protein supplement. 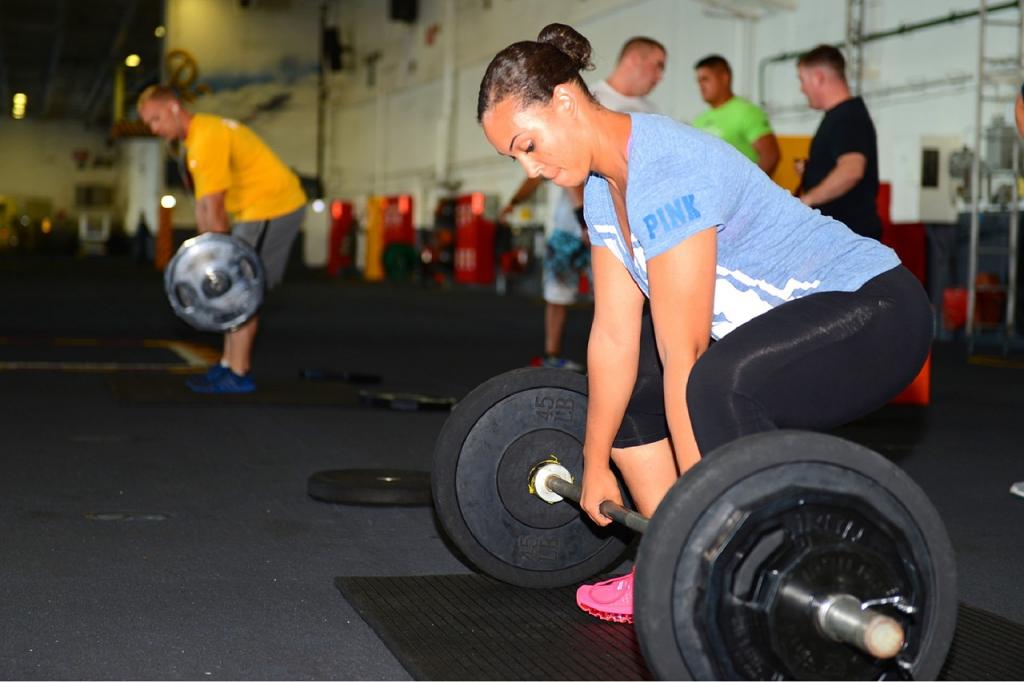 Vegans and vegetarians will benefit from the plant-based cereal milk goodness of GHOST Vegan Protein after a grueling workout.

The manufacturer dubs GHOST Vegan Protein its “Premium Fully-Disclosed Vegan Protein Blend.” After a thorough analysis, we say this supplement is a solid one. Is it ready to dethrone Optimum Nutrition Gold Standard 100% Plant as the best plant-based protein supplement on the market today? Not so fast.

First off, GHOST Vegan Protein has its share of upsides. Its 21 grams of protein per serving represents a respectable 42 percent of the daily value. That much should help increase muscle mass, fill nutrition gaps, meet your daily protein requirements, and shorten post-workout recovery time.

As for GHOST Vegan Protein’s protein blend, it’s truly one of a kind. You won’t find a combination of pea protein concentrate (80 percent), organic pumpkin protein (70 percent), and watermelon seed protein (75 percent) anywhere else. Among these components, pea protein concentrate is the most promising – scientific studies have consistenly proven it increases muscle thickness.

Plus, pea protein concentrate is also a great source of the nitric-oxide-boosting alpha amino acid l-arginine. With that in mind, get ready for increased vasodilation and muscle pumps. L-arginine should also regulate blood pressure levels and boost heart health.

As for organic pumpkin protein, we like its impressive amino acid profile (which includes BCAAs, non-essential, and essential amino acids). Supplementing with this protein should help you remain in an anabolic state. Watermelon seed protein also has some promise, although it doesn’t have the stellar reputation of pea protein concentrate.

The downside: some experts say their l-leucine content (the most anabolic amino acid) and bioavailability pale in comparison to the likes of whey protein. Plus, plant-based protein isn’t as digestible as its whey counterpart. Nevertheless, the former’s low lactose content offers vegans and vegetarians a solid and healthy protein fix.

As an added bonus, GHOST Vegan Protein is also a great source of supplementary iron at 20 percent of the daily value. Like we said, this mineral helps keep anemia in check, form hemoglobin, regulate body temperature, and improve brain development.

The company also does an excellent job in terms of transparency for the most part (it didn’t reveal the protein content’s daily value on the supplement facts, which we pegged at 42 percent). We’re relieved this product doesn’t have any shady proprietary blends at all.

On the flip side, GHOST Vegan Protein’s most glaring shortcoming is its high sodium content (17 percent of the daily value). Sure, sodium helps maintain the body’s optimum fluid balance and keep cramps at bay, but going overboard may compromise blood pressure levels. It bears repeating: if you’re monitoring your sodium intake, check with your doctor first before buying this product.

Another ingredient which raised our eyebrows is sucralose (a.k.a. Splenda), an artificial sweetener which has ties to obesity and other side effects. Stevia, a natural alternative which helps regulate blood pressure and blood sugar levels, would’ve been the better option.

Price-wise, GHOST Vegan Protein is slightly expensive at $44.99 for a 989-gram (2.2.-lb.) container. If you want a slightly cheaper plant-based protein supplement ($39.99 for a 920-gram container), try Organic Organic Protein Powder (although the taste is mediocre at best).

In terms of customer reputation, GHOST Vegan Protein remains largely under the radar because it’s a new product. It still has to earn its stripes.

All in all, GHOST Vegan Protein is a solid yet flawed plant-based protein supplement. While it’s still worthy of a spot in your bodybuilding supplement stack, it won’t trump the likes of Optimum Nutrition Gold Standard 100% Plant any time soon.

GHOST Vegan Protein has the following benefits, per its official website:

We agree with most of these claims. GHOST Vegan Protein is a good plant-based protein supplement. While it has a few flaws, it’s still worth a shot.

GHOST Vegan Protein has 17 percent of the daily value for sodium, a mineral which may compromise blood pressure levels if one takes it in excess.

This supplement also contains sucralose, an artificial sweetener which has links to obesity and other side effects.

If these, or any other ingredient, make you feel doubtful, please consult your doctor before buying GHOST Vegan Protein.

GHOST Vegan Protein, the so-called “Plant-Based Cereal Milk Goodness,” is one new player in the bodybuilding supplement industry which is trying to make a statement. Its plant-based protein components should not only help you muscle up, but boost your long-term health. Granted, it’s not a perfect product, but it should still make a difference.

After sizing up GHOST Vegan Protein, we recommend it, but with slight reservations. If the manufacturer can lower the sodium content and do away with the sucralose component and replace it with stevia, we will recommend it wholeheartedly. For now, Optimum Nutrition Gold Standard 100% Plant is still the King of Plant-Based Protein Supplements. 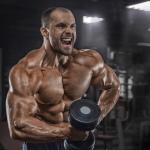 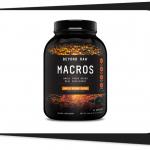 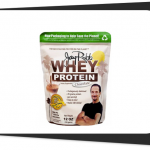 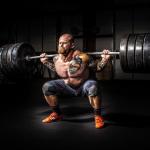