You are here: Home / Testosterone Boosters / Onnit T+ vs. TestoFuel 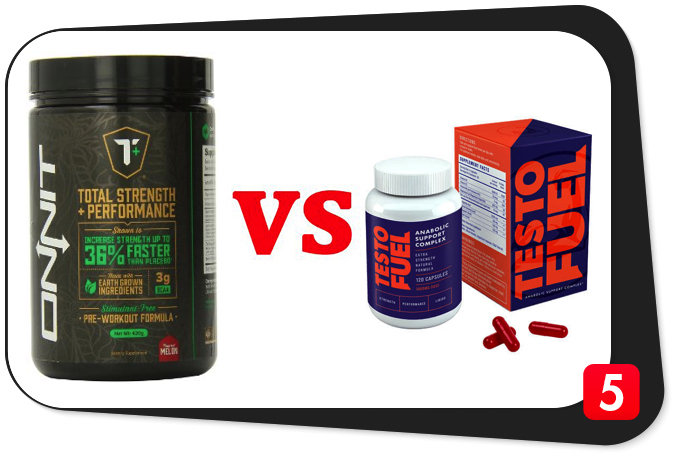 Ever wonder what a hipster fight would look like?

No need to lurk outside of Trader Joe’s, because we have one here for you:

And, believe it or not, these two “hipsters” are STACKED.

TestoFuel & Onnit T+ are both T-boosters that double as performance enhancers… except one achieves this through the letters ZMA, while the other resorts to BCAAs.

TestoFuel ranks in our 2016 ed. Best5 Testosterone Supplements for a reason… or rather two reasons (which are sub-divided into more “reasons”):

This formula already qualifies as a sturdy T-booster, but what’s most impressive is how it smartly combines an always welcome ZMA combo with legendary adaptogen & performance-enhancer Panax ginseng & fenugreek—creating T-boosts that support athleticism (as well as freaky fenugreeky bed-time behavior).

Oyster Extract is perhaps the only (borderline) inconsequential ingredient in this formula, but its additional zinc, Magnesium, & B6 are likely to reinforce the formula’s vitamin & mineral content.

While TestoFuel primarily targets the young bodybuilding demographic, its positive effects on strength & male hormones can aid the mature gents, as well (especially with that hefty pile of T-boosting DAA).

Onnit T+ falls in line with a select few t-boosters that work simultaneously as pre-workout supplements. Just like Joe Rogan’s career, Onnit T+ is trying to do a lot all at once—compared to TestoFuel’s 9 ingredients, Onnit T+ has 16.

[INSERT Rogan JPG w/ caption: “The balance to life is kale cakes and cupcakes” – Wise thoughts from the one & only Roe Jogan]

But they’re not without purpose, which can essentially be divided into three categories by their blends:

Something that Onnit particularly excels at is the wholly organic status of their formulas.

And T+ is no exception.

Yet, one of the appeals of TestoFuel is how it crams in its T-boosts under a limited ingredient count… But, Onnit’s formula is so cool…

We’ll have to give Round 1 to both of them.

Something that Onnit particularly sucks at is revealing all ingredient dosages. Most of the T+ formula is hidden under proprietary blend labeling, which is an annoying, shady practice that we’re surprised to see legit manufacturers such as Onnit utilize.

Granted, at 4380, 3440, & 470 mg for each respective blend, Onnit definitely allows enough for each ingredient to achieve critical mass dosages (this updated T+ formula includes even more mg in its Onnit Power Blend). However, it could improve its vitamin B6 & magnesium dosages…

We praise TestoFuel for revealing all of its dosages, which look generally solid—except for:

If Onnit T+’s DAA were to match TestoFuel’s heavy 2,300 mg, there’d be 1,140 mg leftover for the three remaining T-boosters. This sounds promising for Onnit’s T-boosts… it’s too bad we don’t have their actual dosages, though.

Which ultimately hurts Onnit in this round.

Admittedly, this is a fairly boring round on both parts.

The main thing we’re looking at here are those herbs and we can’t help but to cringe: because none of them are standardized.

Sure, Onnit has BioPerine® standardized black pepper and deserves props for that, but its T-boosters are all non-standard herb extracts—even the manufacturer could upgrade its DAA & vitamin B6 components to the superior D-AA-CC & P-5-P forms.

And TestoFuel’s herbs look slightly worse by not even offering extracts of its herbs, instead opting for their plain, cheap, low-potent forms. Yet, its vitamins look slightly better for that high-potent (& high-dosage) D3 & decent Zinc (although zinc citrate would’ve been better).

All-in-all, both formulas leave plenty of room for improvement as neither one really stands out here.

On-the-Record: Both teams are tied.

Equal strength formulas, equal strength ingredient qualities; one has transparency, one is cheaper… most importantly, both are effective T-boosters & performance-enhancers, and both are likely to work for you, regardless of your athletic capabilities.

Off the record: Onnit has a slight advantage over TestoFuel with its cleaner design.

Which is saying a lot because TestoFuel’s design is pretty damn clean. But Onnit remains one of the few manufacturers that’s entirely faithful to its mission of creating all-natural, healthy formulas. The product shows this in its ingredients, “other” ingredients, manufacturing, advertising… the company’s products are genuinely good for you.

“All-natural” products like TestoFuel are awesome for you, but when we compare them to Onnit, we magnify their shortcomings (FD&C food coloring, magnesium stearate, etc.) as well.

For all intents & purposes, both TestoFuel & T+ are great T-boosters that are worth your attention… but we have to give the decision here to the product that successfully navigates an experimental concept into a clean formula that works.

In the TestoFuel vs. Onnit T+ fight, the winner by Majority Draw is… 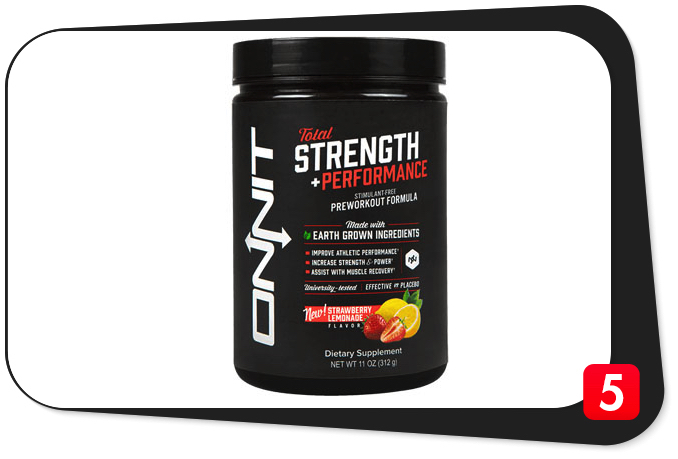