You are here: Home / Testosterone Boosters / The BIG List of T-Boosters 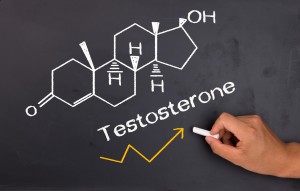 Testosterone Boosters: The Best 5 and many more that really work 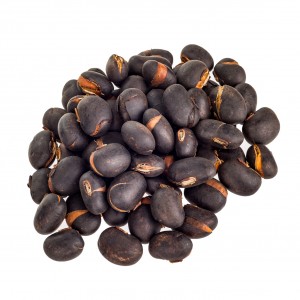 Shown to boost T by 39% in men with low sperm count.

Produces an “across-the-board” testosterone boost, but many men don’t get enough.

Other Testosterone Boosters that Work

Supplying 80 mg per ounce, almonds are the best food source of magnesium.

This mineral was shown to boost free testosterone and total testosterone in both sedentary and athletic males, with the athletes enjoying a bigger boost.6

Magnesium is believed to work by blocking SHGB hormone from “binding” and neutralizing T, so more free testosterone is left circulating in the bloodstream.

Note: Older men who face declining testosterone levels may have a harder time absorbing and using magnesium, and will benefit from using a premium form like magnesium citrate.

Ayurvedic adaptogen (helps body adapt to stress) that helps with many areas of health, especially men’s health. Good for improving strength, sex drive, and sperm quality–all of which could be connected to higher T levels.

A standardized form of the herb called KSM-66® was found in one study to boost testosterone by 17%.7

Vitamin K builds up in testes, where it helps make testosterone. When Vitamin K is low, testosterone declines. Human evidence for K boosting T is weak, but strong animal research shows supplements can restore Vitamin K to the testes, reverse T decline, and raise T levels in the bloodstream.8

Note: Only the advanced-absorption form of Vitamin K, K2 (menaquinone-7, or MK-7) has been shown to help with testosterone–plain Vitamin K doesn’t seem to work. 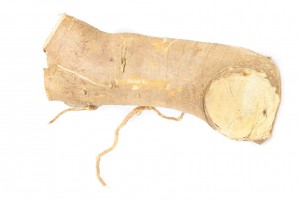 A root herb also known as Malaysian Ginseng, Tongkat Ali has a strong reputation as a sex-enhancer… and some decent human research as a T-booster.

While not a direct booster, Tongkat Ali (Eurycoma longifolia, if you want to get technical) seems to block T-killers while boosting T-precursors and T-helpers.

These bio-activities combine to help raise free T, with one small human study showing that Tongkat Ali boosted testosterone by 37%.9 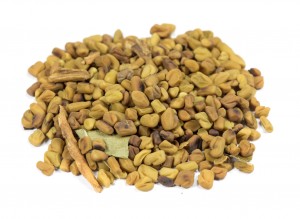 Fenugreek is great for muscle recovery and is a potent sex-enhancer… but as a T-booster, it’s way overrated. There, we said it.

Fenugreek does seem to work on testosterone by blocking T-killer hormones and enzymes.10 But one problem is most of the decent fenugreek studies were all conducted by fenugreek manufacturers… which may hurt credibility.

The bigger problem: Even if it does bump T, Fenugreek also blocks enzymes that make DHT, a hormone that’s even more “masculine” than testosterone. As a result, Fenugreek may lead to a net loss in male sex hormones.

As a sex enhancer, Fenugreek is freaking awesome. Use it for that, and any mild testosterone boost will be a bonus.

An antioxidant found in colorful fruits and vegetables. Luteolin is new to the T-booster scene, but generating excitement because it has been shown to block enzymes that convert testosterone into estrogen.11

Luteolin’s bio-activities appear to indirectly boost testosterone, and also have the potential to sustain a manly testosterone-to-estrogen ratio.

B6 is widely believed to influence T production… but science doesn’t know how. When B6 levels are low, T seems to be low, too. One animal study found that in rats deprived of B6, T synthesis slowed while T clearance sped up.12

Note: The active form of B6 called P-5-P is more powerful and likely much better at supporting testosterone. 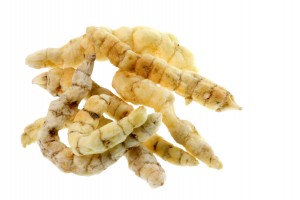 Don’t read this while eating lunch: Cordyceps sinensis (CS) is a sac-fungus that lives and thrives as a parasite on moth larvae and butterfly larvae. Pretty gross… but it might just work for testosterone.

This bizarre-looking Cordyceps fungi extract has been shown to spike T- levels in mice,13 and protected a “manly” testosterone to estrogen ratio in a study of seven male cyclists.14

Ginseng makes sense in T-booster formulas: It may give T a little bump, but will far more reliably and noticeably boost libido and strengthen erections.

The problem is, nettle’s T-boosting potential isn’t realized in human research. Nettle is great for prostate health, a common concern among men 30+, which may explain its use in T-stacks.

Sourced from cruciferous vegetables (e.g., broccoli), Diindolylmethane (DIM) is a popular health compound believed to inhibit aromatase, the enzyme responsible for the conversion of testosterone to estrogen. However, there’s one issue: DIM research is overwhelmingly in support of its use for women‘s estrogen health — whereas some animal research has suggested DIM might actually decrease T.17

Even so, the compound remains a popular option among testosterone booster & PCT manufacturers, with plenty of support from the bodybuilding community. Note that some manufacturers swap DIM for I3C (Indole-3-Carbinol), a DIM metabolite, yet this seems to be an inferior, impotent version of DIM. 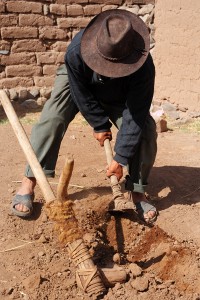 Maca is a vital root crop because it can thrive in harsh, high-altitude Peruvian mountains.

This South American root vegetable is a popular male aphrodisiac, with an incredibly hardy nature that has led to associations with male strength, vitality and virility…

But research shows it doesn’t do much for testosterone.

Evidence is much stronger for Maca’s use as a sex drive enhancer,18, and as a physical performance enhancer,19 which may explain its use in testosterone stacks.

But just keep in mind, even if Maca makes you feel manly, it’s not really boosting your testosterone.

Great for Nitric Oxide synthesis, relaxing blood vessels for robust circulation. Some animal evidence says it plays a role in T-synthesis,20 but human research shows L-Arginine has no real effect on testosterone.

Even though it’s not the best for testosterone, L-Arginine is still used in test stacks because it helps men’s athletic prowess and sex performance.

This herb seems to indirectly help test precursors while supporting male sex hormones. It might boost T in men who have Low-T status;21 but in other human studies, tribulus fails as a T-booster.

Tribulus is far more reliable as a sex enhancer, and its use in T-boosters may create the illusion that those formulas are “working.”

It’s not that we have anything against B12. It’s just annoying that some T-Booster supplement formulators insist on using it even though it has nothing to do with testosterone. B12 plays a key role in energy metabolism,22 and may bring a little boost in vitality if you’re an older man.

But B12 does nothing for T. Nothing. We don’t see why any test stack would ever include this B-Vitamin.

It’s exactly what it sounds like… an aphrodisiac herb. Some early animal research suggests it may mimic testosterone on some level, and may bring modest T increases.23 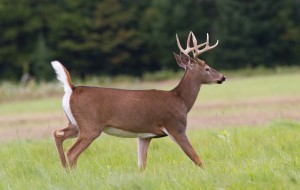 Know why Deer Antler Velvet doesn’t work for T? Because deer are pussies.

This soft, fuzzy covering of deer antlers have become a controversial supplement, especially for bodybuilders and athletes.

Rather than boosting T, animal studies say Deer Antler Velvet supplies testosterone (and other androgens) in tiny quantities. But human research shows this has no effect on testosterone levels.24

Deer Antler Velvet supplies IGF-1, an anabolic hormone that can accelerate muscle recovery and work as an athletic performance enhancer. IGF-1 is a banned substance. It’s on the World Anti-Doping Agency Prohibited List, and is banned by the U.S. Anti-Doping Agency (USADA).

In 2013,  Baltimore Ravens linebacker Ray Lewis was accused of seeking out Deer Antler Velvet spray, allegedly to accelerate return from injury. Just avoid it, especially if you’re a pro or amateur athlete.

The body uses Dehydroepiandrosterone (DHEA) to synthesize T; DHEA also seems to neutralize the T-killer hormone SHBG. Human research shows DHEA might slightly raise T-levels.25 However, these mild T effects are seen mostly in women and elderly populations. DHEA is just not worth it for testosterone.

This traditional African herb has long been used by the Zulu tribe as a tonic for male sex drive. Some early animal research suggests Bulbine has androgenic, anabolic, and T-boosting properties.26 The problem is, it may cause liver damage and has been deemed unsafe by some researchers. A must-avoid T-Booster. 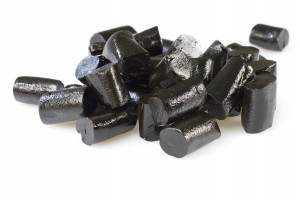 Black licorice. Some people love it, some people, BLECHH!!! (It’s not even good for T).

Evidence is conflicted with licorice, with more than one study finding that it actually decreased testosterone levels.27

Believe it or not, licorice, with Glycyrrhetic acid as its active ingredient, is actually a pretty harsh herb, with side effects and potential risks. It’s just not worth it for testosterone, especially since the evidence is weak anyway.

Traditionally used as an aphrodisiac to boost libido in both men and women. Damiana seems to boost sex hormones in general; it may bind and neutralize T-killing prolactin hormone.28

Evidence is much stronger for Damiana’s role in estrogen and progesterone, and it is widely used for women’s health and menopausal… which just doesn’t seem right for men. Avoid it.

Oyster extract is an old-school T-Booster ingredient that doesn’t really make sense. Oysters are a rich natural source of zinc, which is a bona-fide T-Booster… but that’s about all they bring to the table.

Enjoy your oysters, use them for their aphrodisiac properties if you like–but for real testosterone benefits, skip the shellfish and just buy a Zinc supplement instead. Supplements are a cheaper, more effective zinc source.