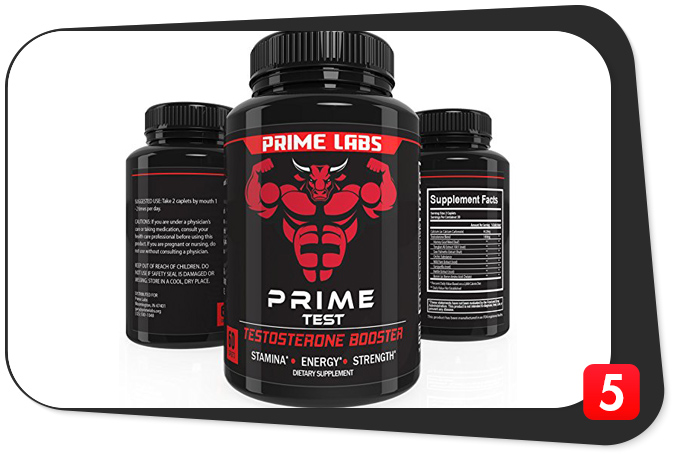 Hemingway described bullfighting as the only art in which the artist’s life is in danger. He claimed all other sports are “merely games.”

Because bulls are BAMFs. There are few things on this Earth that are manlier than the bull. Which is why it makes sense that eating bull nuts would make you manlier & stronger, right? Prime Test says yahh, that’s how it works. Except there’s only problem with that theory: Science.

Science says nahh, that’s not how it works.

So how does Prime Test work? Does it?

Check out the review:

Manufactured by Prime Labs, Prime Test is a testosterone booster product… That’s it. That’s all they have advertised for this one. If the bull on the bottle is any indication, then Prime Test is either manly af or full of BS. Formula notes:

Prime Test deviates from tried-&-true T-boosting routes with no identifiable direction in mind.

Wild Yams. Sarsaparilla. Bull testicles. Either Prime Test knows something we don’t, or they’re full of another type of bull substance. As far as we know, many of these ingredients don’t do much for T, but let’s double check just in case:

Prime Test is no Prime Male, the top T-boosting dogg on our 2017 List of Top T-Boosting Doggs. Nor is Prime Test anything like the other T-boosters on the list, namely because: Prime Test doesn’t seem to boost T.

Not every formula needs to follow the tried-&-true core of natural T-boosters (i.e. D-Aspartic Acid, Zinc, Vitamin D, Fenugreek). There are experimental T-booster stacks that steer clear of these “traditionals,” opting instead for, say, more adaptogenic T-boosts, or energizing T-boosts, or T-boosts that are good for overnight muscle gains, etc. etc.

Prime Test initially reads like an experimental bodybuilding T-booster, notching in unusual ingredients such as Orchic Substance, Sarsparilla (Sarsaparilla*), and Wild Yam, but there’s not rhyme or reason to these ingredients.

Prime Test sells itself as a run-of-the-mill testosterone booster, but doesn’t provide many evidence-backed T-boosters. What’s more, the ingredients are hidden underneath a proprietary blend and the “Other Ingredients” aren’t even shown. 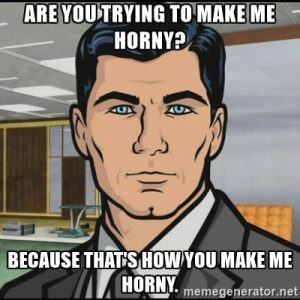 The benefits claimed by Prime Test include:

Unless you’re one of those angry libido guys, in which case the “mood” is sold separate.

Too-Tired-to-Tango Men. If Prime Test’s copy is any indication, then the company understands that testosterone levels become an issue in older age. As such, it seems to indicate that the formula is intended for the older gents. One benefit that older men may receive from this stack is an increase in visits to Boner Town.

Any Potential Side Effects with Prime Test?

None reported. For the most part, Amazon customer reviews are positive. We wouldn’t expect any side effects coming from this all-natural formula.

Currently, customers can buy Prime Test supplements at half price on Amazon.

For sexual energy, stamina, & drive, Prime Test works. Indicating that it must be doing something for male health. Given the high ratings of Prime Test’s customer reviews, it’ll likely have you feeling good. Yet, we wouldn’t expect clinical levels of testosterone increases with this otherwise sub-par formula. Take it for the boners, not the T.