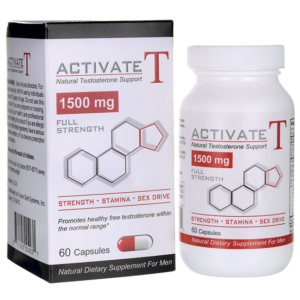 When it comes to boosting T, you can either:

In a way, it’s a lot like buying shit (or not buying shit, considering category B): You can buy new shit and make yourself all happy, but why waste the money when you already have older versions of the shit? Do you really need another iPhone, dammit, when it’s only been a year?

Same with T: Do you need more testosterone when you already have enough? Perhaps if you took care of your T, then you wouldn’t need more T. That’s why we have Activate T to tell us to quit being a spoiled bitches and play with the T we already have.

Three potent herbs to activate T followed by a “Support Complex” that leaves it hanging.

That’s essentially Activate T, in addition to a short list of Zinc & B vitamins (B6, B12)—which are pretty bangin’ for T. Especially Zinc, the manliest mineral on the market for its direct involvement in the T-synthesis process.

The remaining herbs actually don’t all activate T—one does, two don’t—but they’re all purdy awesome for male health. Check it:

If “Activate T” is the name you’re working with, then Fenugreek is the T-booster of choice. Primarily because its T-boosting mechanism quite literally activates T.

By inhibiting sex hormone-binding globulin (SHBG), the protein responsible for deactivating sex hormones in the blood stream, Fenugreek increases the number of activated serum T levels. Considering that upwards of 98-99% of T is bound by either SHBG or albumin, SHBG-inhibitors such as Fenugreek are essential to the T-boosting equation.

Bear in mind, that Fenugreek also activates T by reducing T conversion to DHT—which technically increases active T levels, but at the cost of DHT, an even manlier sex hormone than T. We’re not too big on this bio-action, but it does seem to help T levels.

South America’s Maca Root is the stuff of legend… but it’s not a T-booster.

Traditionally used to enhance male vigor, vitality, & sex prior to physical activity (whatever that may be), Maca has naturally been picked up by many T-boosting formulas—yet, research shows that Maca helps male sex conditions without interacting with male sex hormones.

Some manufacturers seem to use Maca deceptively, i.e. to give the illusion that the T-boosters are “working.” But we’ll take it either way: It’s a damn good man-enhancing herb.

Another “good for men’s health, but doesn’t boost T” herbs, Tribulus Terrestris is one of the most popular plants in T-boosting formulas, but uh… Yeah, like Maca, it’s more performance-&-sex-enhancer than T-booster.

From the get-go, we’re already having problems here.

For one, 500 mg is not enough for 16 ingredients. On average, that leaves about 31 mg per ingredient, if you split the dosage evenly. That’s definitely not the case, but it’s such a low average for these herbs (Rhodiola, for instance, needs a minimum 200 mg daily for optimum effect).

Additionally, the ingredient choices are kind of wonky. Not bad… But wonky.

If it were up to us, we’d remove ALL of those named ingredients and leave the remainders: Rhodiola, Epimedium, Saw Palmetto, Beta Sitosterol, Arginine HCl, L-Citrulline, Ginseng, Black Pepper, LongJax. The combination of ingredients here involves a wide variety of male-enhancing benefits (SHBG inhibition, stress reduction, T mimicry, N.O. production, etc. etc.), but it’ll require at least double or triple the dosage here.

It has only one of our Top 5 T-boosters (Zinc). The herbs don’t boost T so much as they activate a portion of the T levels that are already there—and by “herbs” we mean Fenugreek, because Maca & Tribulus don’t boost T at all.

The “Support Complex” offers some hot ingredients—Rhodiola, Epimedium, Arginine, Ginseng, LongJax, etc. etc.—but the overall bio-activity of the blend is limited by its low dosage. Due to this, there’s a big chance you’ll have to double down on the servings to get nearer to T-boosting. Yet we’re not entirely confident that doubling down will even be enough:

LongJax represents only one example of the strange choices made by these manufacturers. Other strange choices include the inclusion of Theobromine, L-Theanine, Astragalus, etc. etc., especially when capsule space is so limited here.

On the flipside, many of Activate T’s ingredients are in top quality form, thus raising the bar on the formula’s potency. But it’s nowhere near the BEST for TEST heights, considering how low the bar was initially set. 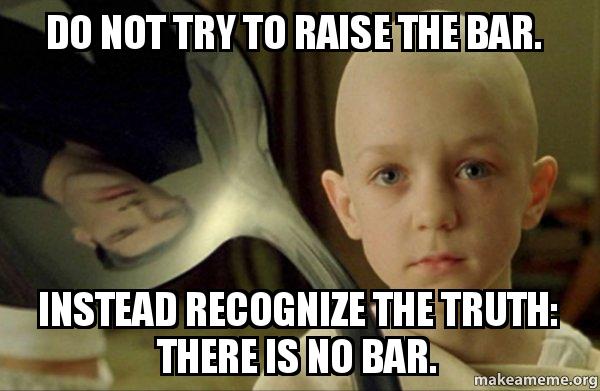 Fusion Diet System plays it fairly safe & conservative with their claims on Activate T. The three key benefits they’re targeting with this formula are:

In other words, the top 3 reasons men increase their testosterone. However, unlike other meathead BRO formulas, Activate T doesn’t pretend to double, triple, or quadruple your T levels—instead supplying “clinically-researched natural ingredients that can help support normal testosterone levels, which may help to improve your well-being.”

Not extremely exciting, but we’ll take HONESTY over EXTREME any day, doods.

Book Players. As in those who play it by the book. You want a “dietary supplement” that “helps support the production of testosterone”? Activate T provides just that and only that. No sports nutritional angles or bodybuilding gimmicks–although athletes & bodybuilders may benefit from this formula to a degree.

None. There are practically no reports on this T-booster, good or bad. As far as we know, there are no negative interactions between these ingredients, which may be a concern considering how many ingredients are packed into this formula. But, meh… we wouldn’t expect any side effects with this T-booster.

Activate T has plenty of room for improvement, which is perhaps why Fusion Diet has branched the formula out into two specialized formulas: Activate T Black and Activate T Red. Our advice: If you’re intent on the Fusion Diet route of T-boosting, perhaps check out their other Activate Ts before taking on the OG Activate T. Regardless of your choice, at the end of the day you’re getting a workable T-booster. Not a BIG T-booster, but a decent man-enhancer all the same.