You are here: Home / Pre-Workout / Animal Fury Review – Pre-Workout Powder Keg Will Blow You Away 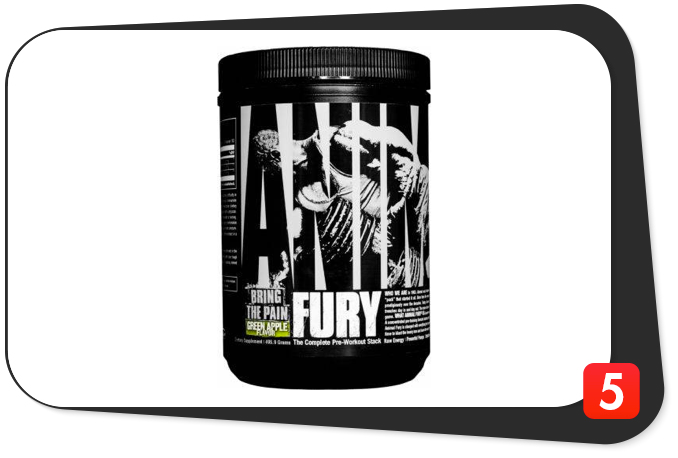 Animal Fury is “a no-nonsense pre-workout powder keg that could help serious lifters stay locked in ‘the zone,'” per its official website. Formula notes:

We hope you’ve checked out our B5 pre-workout supplement reviews by now. We’re confident they will help you pick out the bodybuilding product which will jack you up the most before that first rep.

On that note, we’ve seen our share of pre-workouts with the catchiest marketing tag lines. One which quickly comes to mind is Force Factor Fuego, the so-called “Pre-Workout Firestarter.”

It’s not perfect by a long shot, but it can double as an energy booster and nootropic. Just how many pre-workouts can achieve that feat? One thing’s for sure: not too many.

You can also give MuscleTech SHATTER SX-7 a try. The manufacturer dubs it “The Most Powerful Pre-Workout Experience With Clinically-Tested Ingredients.” It’s a bit pricey ($69.99 for a 50-serving container), but it’s worth it.

Well, we’re crossing our fingers we can say the same thing about Animal Fury.  The folks at Universal Nutrition hail it as “A No-Nonsense Pre-Workout Powder Keg That Could Help Lifters Stay Locked In ‘The Zone,'” per its official website.

That is one catchy marketing tag line, if you ask us. If a pre-workout can jack you up like a barrel of gunpowder, it must be that powerful. In fact, the manufacturer says, “Every scoop of Animal Fury packs one hell of a muscle-building punch.” We’re sure that’s music to every lifter and bodybuilder’s ears. 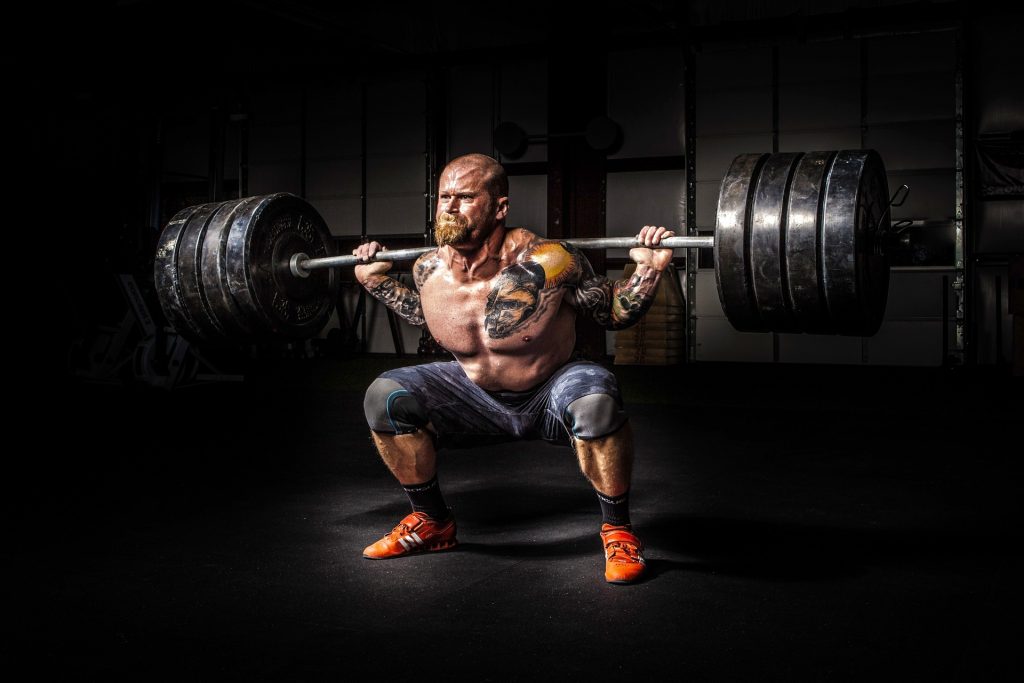 If there’s one thing we like about the product, it captures the reality of hardcore gym training. Animal Fury’s product description dares customers to “bring the pain.”

Why? “Because growth of any consequence hurts,” per its official website. Nothing could be more true. Ask any seasoned lifter and bodybuilding enthusiast out there.

When we first laid eyes on Animal Fury’s ingredients list, we marveled at its simplicity. It only has five key ingredients. It doesn’t try to impress you with fancy components. It gets right down to it. We like that.

First up is the Instant BCAA Blend, which takes up five grams per 16.53-gram scoop. We love the inclusion of branched-chain amino acids in any pre-workout supplement. Not only will they ramp up your energy levels, but they also give you a heap of other benefits:

These are awesome, to say the least. There’s no way you should pass up on BCAAs. Remember, they’re essential amino acids. This means your body doesn’t synthesize them. You can only obtain them from whole foods or supplements. We’re stoked Animal Fury has them.

Five grams of BCAAs per serving should be optimal for a pre-workout supplement. Our only gripe here is the manufacturer didn’t divulge the exact amounts of l-leucine, l-isoleucine, and l-valine.

We’re assuming Animal Fury follows the traditional 2:1:1 BCAA ratio. If that’s the case, it should have 2.5 grams of l-leucine and 1.25 grams each of l-isoleucine and l-valine. That’s not bad at all. We just wish the company broke down the BCAA components, though.

Next up is an impressive six grams of citrulline malate per scoop. This is a combination of the amino acid l-citrulline and malic acid. L-citrulline acts as a precursor of the popular vasodilator l-arginine.

When you include malic acid in the equation, you will feel more energized. That’s because it plays a key role in the tricarboxlyic (TCA) cycle, which helps ramp up your energy levels.

Universal Nutrition has a great reputation for manufacturing supplements which suit bodybuilders’ needs perfectly. The inclusion of citrulline malate in Animal Fury is hard evidence. Make no mistake about it. Six grams per scoop should go a long way.

According to the July 16, 2016 issue of the Journal of the International Society of Sports Nutrition (via NCBI.NLM.NIH.gov), “Acute ingestion of the commercially-available pre-workout dietary supplement can significantly improve both anaerobic peak power and mean power in recreationally-trained males.”

The third key ingredient is two grams of beta-alanine per 16.53-gram serving. This component buffers muscle carnosine levels. High concentrations of carnosine in the muscles help delay the onset of fatigue and increase work capacity.

Long story short, supplementation with beta-alanine allows you to work out longer and harder at the gym. We consider it a tremendous pre-workout ingredient. We say two grams of beta-alanine per scoop will do the trick.

Next up is one gram of l-tyrosine per serving. This non-essential amino acid helps increase energy by acting as a precursor of several neurotransmitters. The most important are epinephrine, norepinephrine, and dopamine.

In addition, l-tyrosine helps enhance focus, improve mood, and keep stress levels in check. You can find this amino acid in many of the best nootropic supplements. We’re confident its inclusion in Animal Fury will perk you up mentally for the toughest workouts.

This pre-workout’s final key ingredient is 350 milligrams of caffeine anhydrous per scoop. That’s equal to two to three cups of brewed coffee.

Is that a bad thing? Well, we said it before, and we’ll say it again: caffeine is a double-edged sword. Let’s rattle off its benefits:

On the other hand, caffeine may produce a spike-crash effect, jitters, sleeplessness (you may need a good sleep supplement), and palpitations. Consume at your own risk.

We say 350 milligrams of caffeine anhydrous (the highly-concentrated powdered form of caffeine) per serving will jack you up, for sure. If you are sensitive to caffeine, better skip Animal Fury.

Alas, Animal Fury contains several fillers (sucralose, FD&C Yellow No. 5, and FD&C Blue No. 1). Universal Nutrition supplements have a reputation for including dirty ingredients. Too bad the trend continues with its pre-workout.

Another downside: some customers say Animal Fury is clumpy. In fact, they say it was one solid mass when they received the package. The good news: they’re in the minority. Most consumers are still singing Animal Fury’s praises.

This pre-workout is downright simple and powerful. It lives up to its billing as “A No-Nonsense Pre-Workout Powder Keg.” It will help you stay locked in, for sure.

The manufacturer emphatically stated Animal Fury is “A No-Nonsense Pre-Workout Powder Keg.” After a thorough analysis, we agree with this bold statement wholeheartedly.

The ingredients and dosages should be enough to convince you. Try combining five grams of BCAAs, six grams of citrulline malate, two grams of beta-alanine, one gram of l-tyrosine, and 350 milligrams of caffeine anhydrous. If these don’t jack you up for your workouts, nothing will.

Five grams of branched-chain amino acids per serving ought to suffice. Even if the manufacturer failed to break down their individual ingredient amounts, this much should yield enough leucine (the most anabolic amino acid).

We’re talking 2.5 grams of leucine per scoop or so. That bodes well for your muscle-building quest. As for isoleucine and valine, we’re guessing each of them takes up 1.25 grams per serving. That much should help repair muscle tissue and ramp up energy levels.

Far and away, the most impressive component for us is citrulline malate. L-citrulline alone helps improve vasodilation and blood flow. When you throw in malic acid into the equation, your energy levels will soar. It’s a win-win situation.

Six grams of citrulline malate per serving is intense, to say the least. You will reap the full benefits of this time-tested pre-workout ingredient. Count on it.

The inclusions of beta-alanine and l-tyrosine were a stroke of genius. You will work out for longer periods of time. You’ll also improve your physical and mental performance. It just doesn’t get any better than that.

As for the caffeine content, it can work either way. Like we said, it’s a double-edged sword. With that, please consume at your own peril.

Animal Fury has enjoyed a tremendous reputation among customers. They say it works and lives up to its billing. Well, we agree with them.

On the flip side, the manufacturer doesn’t divulge the individual ingredient amounts of Animal Fury’s BCAA Blend. We would’ve appreciated better transparency.

This pre-workout also has several fillers (sucralose, FD&C Yellow No. 5 Lake, and FD&C Blue No. 1), which produce certain side effects. Natural ingredients such as stevia and beetroot juice would have been better alternatives.

Like we said, Animal Fury tends to get clumpy. That falls on the manufacturer’s shoulders. It should do a better job on that front. Good thing the customers who gripe about this issue are in the minority.

Nevertheless, Animal Fury is a powerful and effective pre-workout supplement which should exceed expectations. If you’re looking for a pre-workout which will blow you away, this powder keg should do the trick.

Animal Fury has the following benefits, per its official website:

We agree with all of these claims. Animal Fury will help you achieve your pre-workout goals, and then some.

The manufacturer intended Animal Fury for “competitive strength athletes, bodybuilders, and serious weightlifters” over the age of 18, per its official website.

Animal Fury has two grams of beta-alanine per serving, which may produce an itching sensation. However, it goes away after half an hour or so.

Animal Fury also has 350 milligrams of caffeine anhydrous per serving, which may cause nervousness, headaches, muscular tension, and the like.

This pre-workout supplement also has the artificial sweetener sucralose (a.k.a. Splenda), which may increase weight gain in some individuals.

If these, or any other ingredient, make you feel doubtful, please consult your physician before buying Animal Fury. 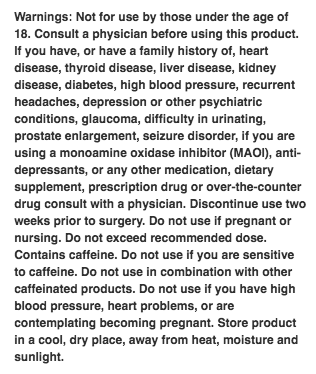 Is Animal Fury the Pre-Workout Powder Keg it claims it is? Absolutely. The ingredients speak for themselves. Like we said, it will blow you away.

If you need a pre-workout which has a powerful kick, this is the one. You won’t feel lethargic for your workouts anymore. Animal Fury will jack up your energy levels, for sure.

Thing is, Animal Fury has several chinks. It’s not the best pre-workout on the market, but it can produce great results. We recommend you give it a try. Once again, consume at your own risk.