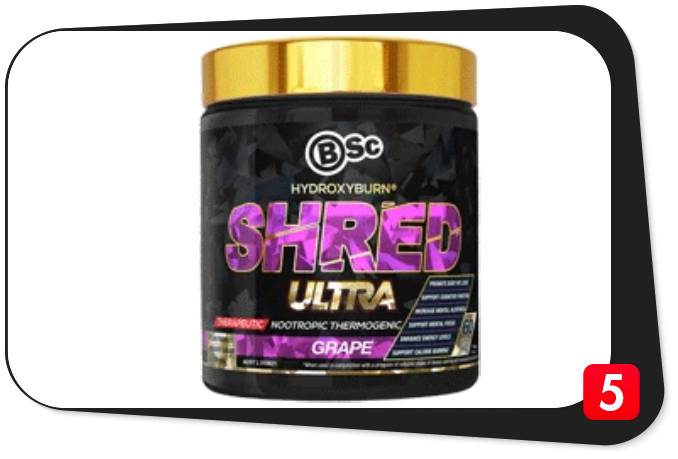 Body Science is an Australian supplement company that provides supplements for elite athletes and teams as well as every day gym folk. Their supplements focus on improving performance, optimizing recovery and ultimately helping you to create your dream physique.

Body Science (BSc) have two key ranges: Ultra and Clean. We’re going to be reviewing one of their newest but bestselling products: Hydroxyburn Shred Ultra. The name alone doesn’t give much away, so for those still scratching their head: it’s an ambitious three-in-one supplement; a fat burner, a nootropic AND a performance enhancer.

So regardless of whether your end goal is muscle gain, fat loss, re-comp, endurance or cognitive optimization, you’re going to be ticking it off with this multi-purpose product. In theory.

But what’s the deal?

Have Body Science taken on too much with this product? Does it live up to the claims or is it falling short as another wishy-washy product?

This product claims to provide all-day energy, speed metabolism and torch calories, as well as improving mental focus, mood and reducing stress. Wow, what a list. Rather than asking what it does, maybe we should instead ask what it doesn’t!

Either way, we have high expectations of this product.

Our first thought about the product is ‘what actually is it?’.

Based on the packaging and website information, we’re not sure whether it’s a fat burner or a pre-workout.

Of course a product can be two things, but the information isn’t particularly clear, which may confuse fitness newcomers.

Based on the instructions to consume prior to a workout, we’re going to assume it’s a pre-workout thermogenic nootropic. Phew, what a mouthful.

For those that are beginners and are feeling lost:

So considering all this, this product could be pretty awesome.

This is where it gets very confusing. Based on the website, these are the only eight ingredients – the top eight mentioned in the list above.

This is likely due to certain ingredients combining together for one purpose, like how caffeine has been listed as one ingredient on the website, but the list above specifies the various caffeine sources.

Mix with water 20 minutes before your workout. One scoop is one serving (5g), for maximal results have two servings per day.

What Each Ingredient is For…

Acetyl l-carnitine is an ingredient naturally occurring in red meat that boosts your mitochondria. Mitochondria, commonly referred to as the ‘powerhouse of the cell’, are responsible for making adenosine triphosphate (ATP), a key source of energy for your cells. This ingredient boosts their functionality, improving mood, memory and other cognitive tasks, as well as promoting fat burning.

This ingredient has nootropic and fat burning effects, supporting the initial claim of the product. ALCAR passes through the blood-brain barrier to provide energy for the brain to boost performance. It also transports fatty acids to the mitochondria in the muscles, for endurance, energy and strength during a workout. This allows you to work out harder and burn more calories, optimized by ALCARs ability to convert and use stored triglycerides (fat) for fuel.

Garcinia is a fruit found in India and Southeast Asia that has been used in eastern medicine for years for weight management. The peel of this fruit is a rich source of hydroxycitric acid (HCA), which is a powerful ingredient that accelerates fat loss.

A study conducted to examine the efficacy of garcinia found that it was highly effective at reducing appetite, body weight and fat mass. The study was conducted on rats but gives a useful insight into how this ingredient plays out in humans, particularly when combined with a healthy diet and exercise.

Guarana is a plant found in the Amazon, named after the Guarani tribe who would traditionally use the seeds to create a drink, similar to coffee. This is a source of caffeine in the product, and actually contains more than four times the amount of caffeine found in coffee beans. Alongside caffeine, it also contains theobromine and theophylline, both stimulants.

Guarana is also used for weight loss, however there is very limited research to support this. One study gave participants a guarana supplement and found that it did result in weight loss, but the researchers concluded it ‘requires further investigation’.

This herb is popular in eastern medicine, commonly used as a cognitive enhancer. It is thought to improve memory and promote mental clarity, as well as to decrease stress. A study published in 2017 examined the efficacy of this product, finding that it resulted in reduced hippocampal-amyloid deposition and stress-induced hippocampal damage, as well as improving memory scores and logical memory.

Caffeine is arguably the most well-researched, well documented, longest standing performance enhancer, valuable for giving both a physical and mental boost. It reduces feelings of fatigue, increases energy, increases mental focus and boosts athletic performance, as shown in this study.

Green tea is a powerful naturally occurring antioxidant. It has been shown in research to stimulate thermogenesis, which increases the rate at which you burn calories at rest i.e. your metabolic rate. Regular green tea consumption is associated with lower body fat percentages, particularly attributed to less abdominal fat. It also contains a small amount of caffeine.

Also referred to as Indian ginseng, this ingredient is an adaptogen common in Ayurveda. It has been well-researched as a supplement that helps to relieve stress, boost energy and offer mental clarity, as explored in a 2009 study published in the journal Molecules.

Another study that tested its efficacy found that it increased insulin secretion and improved insulin sensitivity, which is significant for long term successful fat loss. As a nootropic ingredient, research has supported the claims that it can reduce stress and anxiety, by regulating biochemical signals in the nervous system.

This ingredient provides caffeine as well as chlorogenic acid, an ingredient that is shown in research to reduce food cravings and appetite, ultimately for optimized weight loss, done so by altering hormone production and promoting thermogenesis.

Chromium is an essential trace mineral that enhances insulin, aiding the conversion of food into fuel as well as promoting fat oxidation. It’s also supposedly supposed to decrease body fat whilst helping to retain muscle mass, which is a key focus point for many people working out.

Inositol, or vitamin B8, helps to uphold the integrity of the cellular walls and regulates the shuttling of biochemical cellular information via the neurotransmitters. This is useful for individuals with mental illnesses, who may experience chemical imbalances relating to their disorder.

Vitamin B3, or niacin, is also involved in biochemical and hormonal signaling in the brain. Research shows that a deficiency of vitamin B3 is associated with an increased risk of cognitive malfunction, mood disorders, fatigue, mental illness and more.

It has also been shown in research to lower triglycerides (fat stores) by up to 50 percent, which is huge. 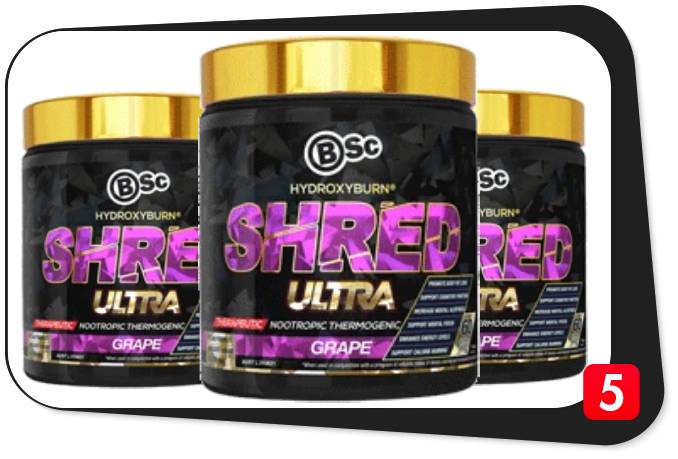 This formula is impressive. Every ingredient is well-researched, backed by science and has no serious known side effects. The combination of nootropic, thermogenic and performance enhancing ingredients is a trifecta of optimal results. Whether your aim is to lose weight or study hard, we’re pretty sure this supplement will get you there.

The formula also contains a daily dose of 312mg of caffeine, which is a pretty big dosage for 1 serving. We wouldn’t recommend that those with a low tolerance to caffeine try Hydroxyburn Shred Ultra. Or risk jittery side effects – at least avoid other caffeinated products if you do.

If you are sensitive to caffeine, you could also perhaps start with one dose per day rather than going straight in with two scoops.

The nootropic enhancers are an interesting – if not fascinating – addition to this formula, combining the physical effects with mental clarity to last throughout your day at work, with friends or at school.

The thermogenic ingredients are also well thought out, combining together to accelerate fat oxidation and weight loss. The ingredients also help to regulate the appetite and food cravings, things that often prevent a person from succeeding with their diet.

Regardless, the product is best taken prior to exercise to accelerate the thermogenic effect for maximal fat loss.

Caffeine consumption can have negative side effects depending on your ability to metabolize it. If you are sensitive to caffeine, start with a single dose and drink a lot of water to dilute the effects. The side effects may include shakiness, nausea and anxiety.

This product is the real deal. We really don’t have anything bad to say about it! The formula is an ideal combination of performance enhancers, cognitive enhancers and fat loss enhancers. Regardless of your goal you’re going to find what you want with this product.

If you are looking to shred down, feel energized and focused and perform better than ever, this product is for you. The well-researched ingredients make this product superior to other fat burners or pre-workouts that are typically just filled with stimulants.

The product costs $69.95 and can be purchased from the Body Science website. The product comes in four flavor options – grape, blue raspberry, passionfruit or tropicana.

This is the real deal when it comes to sports supplements. Throw away your caffeine-filled synthetic products and invest in this well-researched, science-backed, complete sports supplement that is going to fuel your performance, optimize your mental game and help you shred down easier than ever.