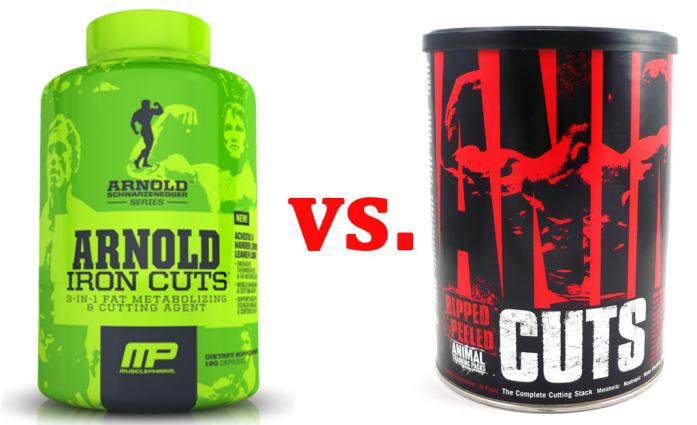 Arnold Iron Cuts vs. Animal Cuts is the supplement equivalent of a one-on-one between Arnold and the Predator.

Last man standing vs the galaxy’s most dangerous hunter.

Like the Predator, Animal Cuts is a smart and technical fat-burner, covering even the tiniest of details to make sure you burn fat from a cellular level. That’s why it’s our #2 Best Fat Burner overall.

This is like the long-awaited rematch between Arnold and the Predator. Will Arnie be victorious again or will the Predator have learned from its past mistakes?

One look at Arnold Iron Cuts and Animal Cuts and you know something has to work. Just look at the number of ingredients on their lists! Crazy numbers right there, bro. There is a big difference between the two and that will determine who’s more superior.

They start things off with a potent form of Vitamin D for muscle and strength and Chromium for weight loss. That’s the normal part. We’re saying normal because for a fat burner, Arnold Iron Cuts sure makes use of plenty of T-boosting and muscle building ingredients. Just look at their blends:

Muscle Building Maximizer: It has all the makings of an awesome T-booster. DAA, Boron Citrate, Standardized Fenugreek, and Pumpkin Seed Extract. ALA is good for muscle mass, too.

Thermogenic & Fat Metabolizer: It’s all about shredding fat and it does so with effective ingredients such as L-Carnitine Tartrate which can burn fat, improve recovery, and reduce muscle pain. They also followed it up with Green Tea and Caffeine, two ingredients in our Best5 Fat Burners list.  Panax Ginseng, ThermodiamineTM (aka Evodiamine), work to keep the flame hot.

Estrogen & Cortisol Metabolizer: All about hormone control particularly with aromatase, the T-to-estrogen converter, and it makes use of Grape Seed Extract and DIM for this. Cinnamon, Bark Powder, Standardized Banaba Leaf Extract, and Chromium Picolinate all work to reduce cortisol spikes.

Animal Cuts got you covered on ALL bases

There are big supplements then there’s Animal Cuts. With 8 blends and 40 ingredients, you know the guys behind Animal Cuts don’t want you stacking with another supplement. Read the full Animal Cuts review for all the gory details, but for now, we’ll summarize its blends:

Metabolic Complex: This complex might as well be a big tea pouch. It has GTE, Oolong Tea Extract, Black Tea Extract, and White Tea Extract plus Coffee Bean Extract. All premium-quality fat burners.

Thyroid Complex: Boost metabolism via thyroid with L-Tyrosine, Standardized Olive Leaf Extract and Salvia is there for more thyroid stimulation and weight loss.

Diuretic Complex: The six herbs in this blend, notably Dandelion and Uva Ursi, are pro electrolytes so that means you can challenge a firehose to a pissing contest.

Nootropic Complex: Whoa, top nootropics Bacopa, Huperzine-A, and DMAE. All are good brain boost for alertness, quick thinking, and just being in the right mood for gym day.

CCK Inhibiting Complex: Cha-De-Burge is of South American origin and often used for weight loss but evidence is scarce on the subject. Hoodia and Jojoba are both capable of suppressing appetite.

Bioavailability Complex: The only ingredient that makes sense here is BioPerine, capable of vastly improving nutrient absorption even in small doses.

In conclusion of the first round, both formulas offer huge potential due to sheer number of ingredients alone but one of them stood out and that’s Arnold Iron Cuts.

It’s a tough call, but: Predator Animal Cuts is shooting its net gun when it attacks fat. It’s spread out and scattered. But Arnold has an arrow notched and laser targeted on the flab, bro. (but our best fat-burner just punches you in the face) 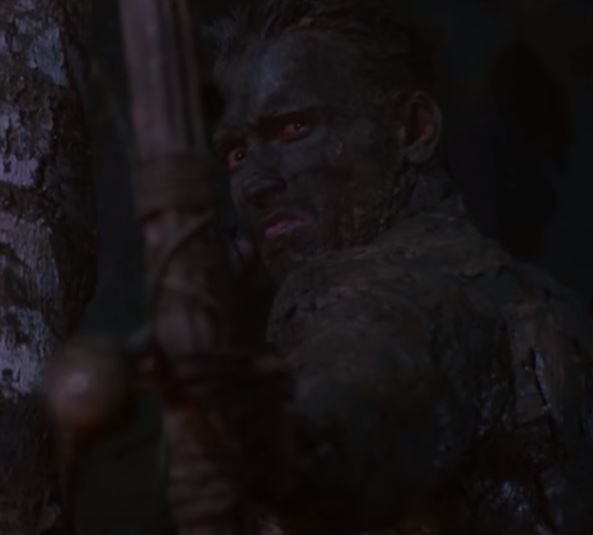 Arnold Iron Cuts has fat in its crosshairs.

This is one ugly battle. Both used huge prop blends so we have no real way of identifying who messed up what. Luckily, we’re experts at guessing games.

Arnold Iron Cuts has 21 ingredients but barely has more than 2 g for leg space. The three blends seem to be just “okay” as far as dosing is concerned and that’s being generous. What’s great is the Thermogenic & Fat Metabolizer blend seems to fare well in dosages compared to the other two blends and rightly so. We’re talking about a fat burner after all. It’s just odd to have it as second priority.

Animal Cuts has 40 ingredients but matches it well with 8.5 g of space. Sure, it’s not much for 40 ingredients but it sure is a huge leap compared to what Arnold Iron Cuts got stuck with. Its Thermogenic and Metabolic Complex look amply dosed but what works wonders is Animal Cuts’ inclusion of BioPerine. BioPerine greatly improves bioavailability of any nutrient which makes even the seemingly underdosed ingredients of Animal Cuts functional. 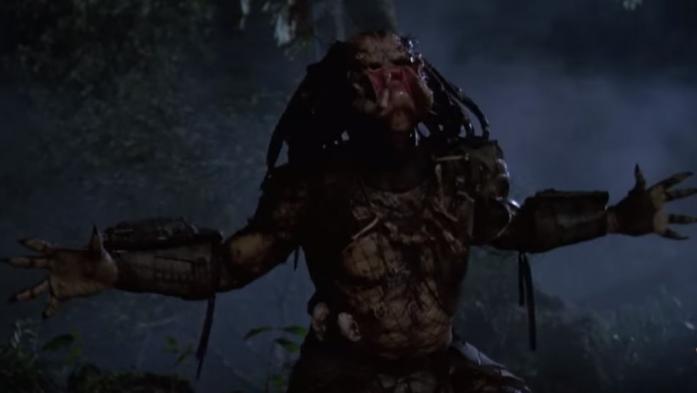 “My supplement facts list is THIS BIG!!!” ~ Predator, a.k.a. Animal Cuts

Both sides have their shares of premium ingredients and derpy choices, but which ones have more bearing on each supplement?

Animal Cuts’ ingredients were mostly on point and plenty of them are standardized, most importantly the tea extracts in their Metabolic Complex. It doesn’t make the whole blend exceptional but it functions the way it’s supposed to. The only noticeable duds are the ingredients in their Bioavailability complex, which are fat-burners in function, and some not-so-studied ingredients like Cha-De-Bugre (how do you even pronounce this?).

Between these two champions, it’s a tough call as both seem to have mostly decent additions but if we were to choose we would go for Animal Cuts as it had more standardized ingredients in the right blends. 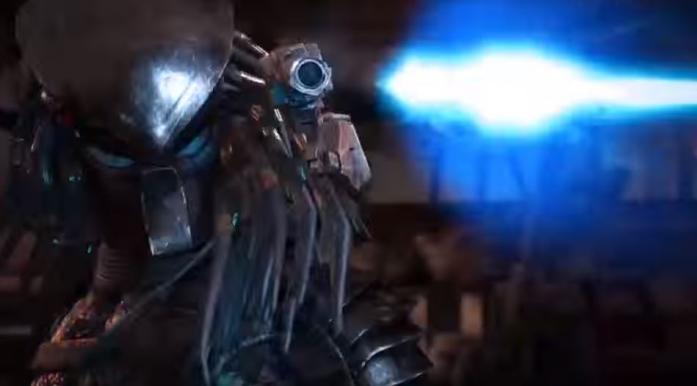 It’s a close fight with both sides getting two rounds each, so we’re going for the decision.

The deal breaker is what you want a fat-burner to be. Simply put, if you want something easy to judge and relatively “safe” for a first try, Arnold Iron Cuts does the job well enough. If you’re after a balls-out fat burner that uses every possible angle in the book, then Animal Cuts is the better bet.

We always like to look at it from an athlete’s perspective and we see Animal Cuts to be the better choice: Arnold falls prey to the Predator. At least this time around.

In the Arnold Iron Cuts vs. Animal Cuts fight, the winner by a SPLIT Decision is… 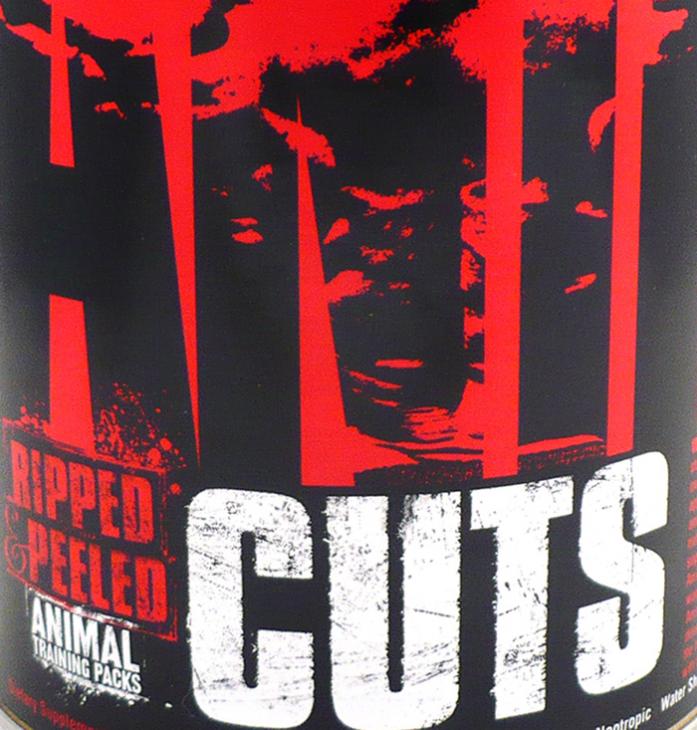