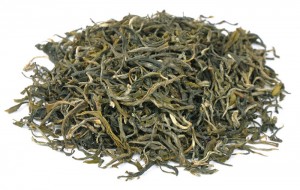 Green tea’s fat-burning activity is backed by a good deal of clinical study and research. It’s a legendary herb for everything from mental clarity to weight loss. And, since green tea has been used safely for literally thousands of years, it’s easy to make it our top fat-burner. 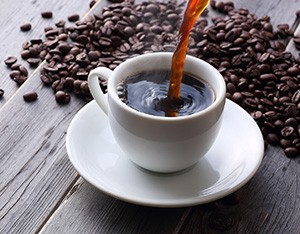 The best part of waking up? Caffeine’s stimulant fat-burning activity.

It’s not as well-tolerated as green tea, but caffeine is a reliable, multi-pronged fat burner with familiar stimulating activity and solid clinical evidence. Caffeine is hugely popular in fat-burning stacks and supplements, with some supplying up to 300 mg of the stimulant per serving. 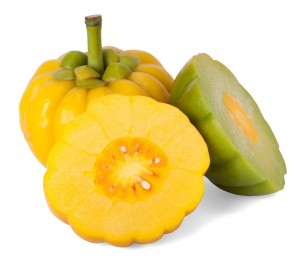 Any “miracle diet supplement” that remains popular for years deserves a closer look. With evidence suggesting it busts fat in several ways, this small Indonesian superfruit is no longer a fad… it’s the real deal. Beyond burning fat, Garcinia may help weight loss with potential benefits for appetite control & exercise performance. 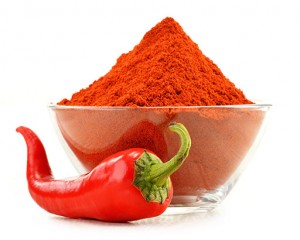 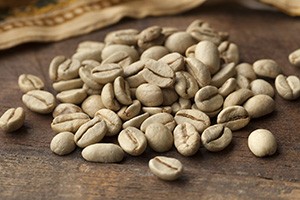 Green coffee bean extract (GCBE) is another trend-survivor that remains popular in weight-loss formulas… no longer because of hype, but simply because it works and has good evidence backing it up. GCBE is also a safe fat-burner; the green beans were chewed in traditional Ethiopian health practices dating back thousands of years. 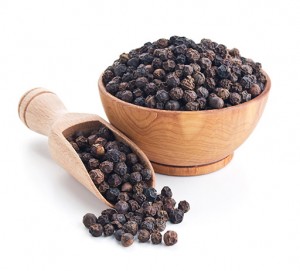 Black Pepper has well-known nutrient absorption-boosting effects, and little-kn0wn fat-burning effects… adding up to a brilliant ingredient for fat-burner stacks.

Other Top Fat Burners That Work

Claims for CLA revolve around “body composition“; what they mean is it helps to shred fat and support lean-and-mean muscle mass. When combined with exercise, CLA may help the body to not store as much fat while accelerating the burning of existing fat stores.

CLA is one of the most widely-studied fat-loss nutrients. Evidence is somewhat conflicted, but there are more than enough positive studies and popular anecdotal reports to support its use in fat-burner stacks.7 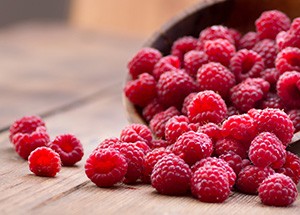 Raspberry ketones have become red-hot due to some studies suggesting that they may specifically target and burn visceral fat reserves — also known as belly fat. Raspberry ketones have also been suggested to initiate fat-burning, ramp-up metabolism, boost oxidation of fatty acids and block the storage of fat.

Some animal evidence has suggested that raspberry ketones seem to work in part by stimulating the hormone-neurotransmitter norepinephrine, which in turn triggers lipolysis (fat-burning activity) in fat cells.8

7-Keto® is basically “DHEA Lite“: It isolates DHEA’s “weight loss” metabolite from its sex-hormone-boosting compounds, so you get DHEA’s fat-loss benefits in a safer, better-tolerated form that won’t mess with your hormones.

7-Keto looks effective for fat burning: It’s been suggested to enhance thermogenesis, accelerate metabolism, improve fat oxidation, and balance hormones that are associated with obesity. In part, 7-Keto gets there with unique bioactivities that target and regulate enzymes that are critical for the fat-burning process.9

This zesty root spice appears to have significant thermogenic properties, at least in promising animal research.10 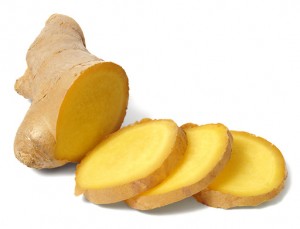 Zingerone, ginger’s active ingredient for fat burning, appears to work by boosting the “fight-or-flight” hormone norepinephrine, which in turn triggers lipolysis (fat burning) and blocks the storage of fat. Plus, some evidence suggests ginger may block the absorption of fat in the digestive tract.

One drawback: Ginger might increase appetite. But that seems offset by its fat-loss support. Evidence is mixed, but since it’s safe, natural & well tolerated, Ginger makes sense in fat-burning stacks.

Yohimbe can be harsh; it may boost heart rate as it works. But it has shown promise in human clinical trials for weight loss. If you take it, do so with caution, and reduce your intake of stimulants accordingly.11

Because bitter orange works in similar pathways as ephedra (Ma Huang), it has inherited some of ephedra’s controversy. It appears to be far safer and better-tolerated than Ma Huang, but should still be used with some caution.12

This cutting-edge ingredient is increasingly popular in nootropic stacks and fat-burning stacks. For weight management, it may help by activating cAMP and triggering the metabolism of stored fat. It may also boost thyroid hormone production, which in turn accelerates the body’s fat-burning mechanisms.

Forskolin’s bio-activities help weight loss in theory, but so far have only been backed by early animal research that showed it reduced food consumption, blocked fat accumulation, and reduced overall bodyweight.13

It’s a “wildcard” ingredient for fat-burner stacks, but Forskolin is gaining so much momentum lately that we are compelled to take it seriously despite its lack of human research.

Lepticore is popular for weight loss in Asia. See? This nice Thai girl likes it.

The blend seems to really laser-target leptin, the hunger hormone (hence its “Lepticore” name), while promoting serotonin that helps signal the brain with feelings of “fullness.”

Lepticore is billed as a next generation fat-burner. It has undergone some clinical study, and is a promising premium ingredient for fat-burner stacks.14

A special form of the trace mineral chromium, Chromium Picolinate is believed to help optimize fat burning and energy production by serving as a cofactor for certain enzymes. A side benefit: It seems to help balance blood sugar and regulate insulin resistance, which may support fat-loss by keeping appetite stable and fat storage minimal.

Chromium Picolinate is commonly taken to support lean body mass and healthy body composition. It’s a lot more popular than evidence can validate, but it might help with fat-loss efforts.15 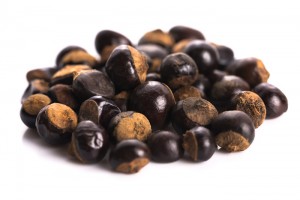 This eye-popping seed has long been used as an energizing stimulant in South American tribal rituals and health practices.

Guarana supplies double the caffeine of coffee beans, along with alkaloids that may enhance its vitality-boosting effects. With its stimulating activity, Guarana may be effective for raising metabolism and promoting fat breakdown.

Though popular for physical performance, mental alertness & weight loss stacks, but there’s not much clinical research on guarana. One study found that, when combined with yerba mate and damiana herbs, guarana slowed gastric emptying to control appetite and help with weight loss efforts.16

The idea of L-Carnitine sparking cellular energy production is widely accepted. But L-Carnitine’s potential fat-loss benefits are not nearly as evidence-backed as its reputation suggests. Still, L-Carnitine’s benefits for physical performance in the gym and muscle recovery nicely complement its fat-burning potential, making it a fairly common supplement for fitness-driven weight loss.17 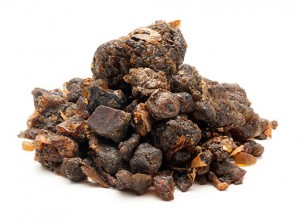 A pile of Guggul resin; dried sap from a type of Myrrh tree.

Made from the sap of a type of myrrh tree, guggul supplies guggulsterones: Active compounds known for their ability stimulate thyroid function. Guggul has been used traditionally for weight loss for centuries.

Even though guggul shows far-burning potential in animal and human research, nobody knows exactly how it works.18 It’s possible that guggul’s thyroid support may increase hormones that are linked to the increased metabolic performance that helps to promote weight loss.

This natural source of caffeine has stimulant properties, and is reportedly capable of reducing appetite, though no scientific evidence backs this use. The only human research of kola nut as a fat burner has studied in conjunction with Ma Huang (ephedra). This two-nutrient stack was found to be effective for reducing body fat, but safety concerns surrounding Ma Huang make it impossible to recommend.19

Kola seed might work as a fat burner by merit of its caffeine content alone. It looks like an exotic ingredient on the label, but straight-up caffeine, especially with an exact dosage, will serve your fat-burning efforts far better. 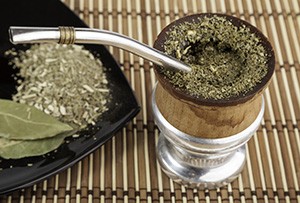 This traditional herbal tea drink supplies caffeine, chlorogenic acids (like in green coffee bean), and antioxidants. Though it has been used for thousands of years as a stimulant (and in more recent years, as a trendy brain-boosting nootropic), there is very little human evidence for yerba mate’s use as a fat burner.

Animal studies, however, suggest yerba mate reduces hunger, and may be tied to weight loss benefits.20 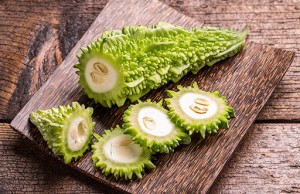 Another trendy weight loss ingredient, bitter melon is sometimes found in fat burner supplements… but it has zero fat-burning activity. Instead, the melon may regulate blood sugar — it has been used as a natural blood sugar-balancer in traditional practices for decades.

Another bitter orange compound (like synephrine), Hordenine has been isolated for its fat-burning potential. The problem: Evidence is really slim for hordenine. Only early animal research suggests it may boost norepinephrine to trigger fat-burning.22 Other fat-burning nutrients perform this exact same fat-burning bio-activity far more effectively, with a lot more research backing them up. 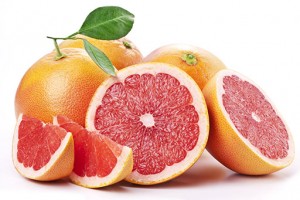 Grapefruit is a natural source of the reputed fat-burner naringin.

This bitter active compound is found in grapefruit, and may be partly responsible for grapefruit’s popular use as a natural weight loss agent. Although grapefruit has shown promise in clinical research for helping people lose weight, nobody knows exactly how it works.

Naringin as a standalone nutrient has far less evidence for fat loss. Some research suggests it might help balance blood sugar, but this research is limited to study subjects who already have blood sugar problems.23 Naringin may be included in some fat-burner stacks, but seems weakly-supported for this purpose.

This active compound of the Evodia fruit is a trendy new ingredient for fat burner stacks that is backed by early and weak evidence, only. Animal research suggests it may slow down gastric emptying; an effect that might help to keep appetite stable. Additional animal research suggests evodiamine, like cayenne pepper’s capsaicin, seems to trigger thermogenesis and fat-burning, thereby blocking fat accumulation (in mice, anyway).24

Evodiamine is an interesting ingredient, and may hold potential for those who cannot tolerate cayenne as a fat burner… but keep in mind that cayenne is far more evidence-based. At the time of this writing, there’s just not enough clinical evidence supporting Evodiamine for fat loss. 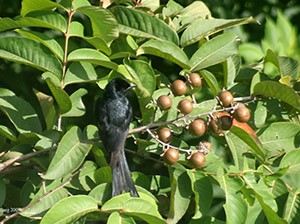 Banaba is not a fat-burner at all, but it is sometimes included in fat-burning stacks for its ability to stabilize blood sugar. Well-balanced blood sugar levels translate to normal appetite and less fat storage.

Although banaba is widely believed to have blood sugar benefits. In fact, in its native Philippines, banaba is the go-to natural remedy for blood sugar problems. However, at the end of the day, there’s just not enough solid evidence backing it up for fat-loss benefits.25

The popular (and controversial) anti-aging nutrient DHEA (Dehydroepiandrosterone) has been suggested to counter age-related slowing of metabolism--which may help ward off the “middle-age spread” and other types of weight gain that occurs over time. The problem is DHEA is pretty strong, and can have hormonal impact and side effects that not everybody wants.26 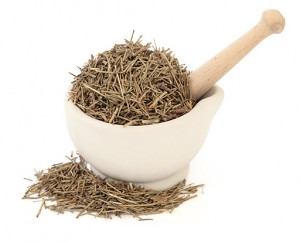 If you see Ma Huang in a fat-burner supplement, run in the other direction.

Also known as Ma Huang, this is a must-avoid fat burner. Sure, it has thermogenic properties from its central nervous system stimulant Ephedrine. But, Ma Huang also has high risks of serious side effects, especially for cardiovascular health: It has been linked to 30+ sudden deaths from heart attacks and strokes.

As a result of its widely documented adverse events, the FDA banned the sale of supplements that contain Ephedra. If you see it, consider it a major red flag–do not under any circumstances take this fat burner.27 Look for synephrine instead: It works in similar far-burning pathways as ephedrine, but is far safer.