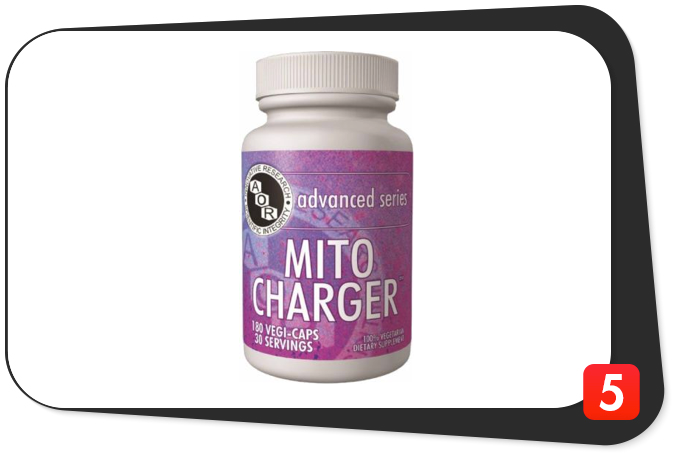 We said it before, we’ll say it again: you don’t have to resort to caffeine to perk you up.

Perhaps AOR Mito-Charger will help you tone down on your caffeine habit.

This, by far, is one of the most unusual energy boosters we’ve seen.

We mean that in a good way, of course.

Buckle up and enjoy the review, as usual.

Listen up, folks: if you want a potent energy booster supplement, it’s best to try those without caffeine or stimulants.

We know, we know.

You may be used to your pre-workout caffeine fix. However, bodybuilding enthusiasts of all agents can always resort to energy boosters which use natural pathways.

We’re a bit iffy when it comes to caffeine. Yes, your cup of coffee is a great source of antioxidants.

Caffeine can also detoxify the liver and – believe it or not – replenish depleted muscle glycogen stores.

However, caffeine may produce a spike-crash or jittery side effects in some individuals.

That’s why we prefer natural energy boosters all day.

One such product is AOR Mito-Charger.

Okay, we admit the name is more apt for some sort of detonator.

However, we have come across many awkward-sounding supplement names which deliver the goods.

Moral of the story: don’t judge a bodybuilding product by its name.

Upon scanning the ingredients list, we saw several components you don’t usually find in a regular energy booster.

Ever heard of benfotiamine?

We knew you’d be stumped.

Our first impression: AOR Mito-Charger seems to be a natural energy booster which takes the road less traveled. 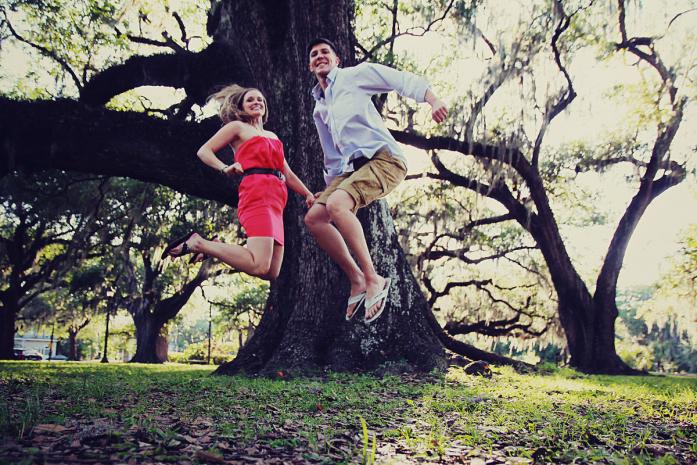 We’re confident AOR Mito-Charger will ramp up your energy levels.

Honestly, it’s reminiscent of MRM CoQ-10 with L-Carnitine, a product which ramps up energy levels via the cardiovascular pathway.

See? There’s much more out there than just caffeine when you pine for an effective jolt of energy.

The folks at AOR Mito-Charger go back to the basics – it’s as if they’re taking you back to your sixth-grade science class.

They re-introduce you to the mitochondria.

This is the organelle found in cells and where energy production takes place.

For its part, the manufacturer describes the mitochondria as “the power plants that keep the cell operating.”

Plus, the manufacturer points out the absence of the mitochondria renders cellular energy (ATP) production impossible.

However, it turns out this process is a double-edged sword.

The manufacturer refers to the so-called “mitochondrial theory of aging,” which means “the more energy is produced, the more free radicals are produced,” per its official website.

Thus, the basis of AOR Mit0-Charge’s ingredients is protecting the mitochondria from free radical damage.

In other words, the key ingredients you see on the label are geared toward free radical protection for enhanced energy levels, folks.

This ingredient is also known as ALCAR and is a potent antioxidant and nootropic.

It is also the most bioavailable form of the amino acid l-carnitine, which is best known for its fat-burning prowess.

Best of all, they also say it’s generally safe.

Check out what ALCAR can do for you:

We say AOR Mito-Charger’s 1.5 grams of acetyl l-carnitine per serving will go a long way.

Next up is 150 milligrams of R-lipoic acid (sodium salt) per serving.

Long story short, this ingredient is a biologically-active molecule and antioxidant which is instrumental in cellular energy metabolism.

Health experts believe R-lipoic acid’s most impressive benefit is its ability to keep free radicals and the effects of aging at bay.

Plus, it joins forces with other antioxidants such as Vitamin C and glutathione to fortify cellular protection.

On that note, you will enjoy maximum antioxidant protection if you take AOR Mito-Charger with a reputable multivitamin and a protein powder supplement (whey protein helps ramp up glutathione levels).

AOS Mito-Charger also has 100 milligrams of Co-Enzyme Q10 per serving.

Simply put, this is a natural antioxidant which is best known for its cardiovascular health benefits.

With that, we like the inclusion of Co-Enzyme Q10 in AOS Mito-Charger.

This energy booster also has 150 milligrams of Rhodiola rosea per serving.

In simpler terms, this component is an adaptogen herb which is also known as the “golden root.”

We bet many of you are salivating at the first benefit. We don’t blame you one bit.

In any case, we believe the inclusion of Rhodiola rosea in AOR Mito-Charge will help perk you up the natural way.

This supplement also has 150 milligrams of benfotiamine per serving.

We bet this is one of the most unfamiliar energy-boosting ingredients you’ve ever seen.

Quite simply, benfotiamine is a derivative of Vitamin B1 (also known as thiamine).

That’s a powerhouse list of health benefits, for sure. These guys at AOR Health sure know what they’re doing.

It turns out Benagene is another specialty product of AOR Health.

Benagene mimicks “up to 98 percent of the changes in the genetic expression of over 350 genes in a similar fashion to caloric restriction,” per the same source.

In simpler terms, it helps stimulate hundreds of anti-aging genes.

This ingredient is known to balance blood glucose levels and increase lifespan.

The good news: Benagene has no known side effects.

It’s clear to us this ingredient is a worthy addition to AOR Mito-Charger. We’re 100 percent certain it will help improve your long-term health.

We now stumble upon another impressive nootropic in d-uridine. More specifically, AOR Mito-Charger has 50 milligrams per serving.

D-uridine is a precursor of ribonucleic acid (also known as RNA).

So, when you ramp up your d-uridine intake, you also ramp up your RNA levels in your brain. When that happens, expect improved memory and memory retention.

We’re fast getting the impression AOR Mito-Charger is not only an effective energy booster, but a valuable nootropic supplement as well.

That’s versatility for you, folks.

The final key ingredient is 100 milligrams of Gymnostemma sylvestre extract per serving.

We have stumbled upon another unfamiliar ingredient. That’s only secondary. What matters more is its health-boosting prowess.

Simply known as Jiaogulan, this component is a Chinese plant extract from the same family as melons and cucumbers.

Here are its important health benefits:

You can see for yourself Jiaogulan packs a powerful wallop. In addition, it has few known side effects.

AOR Mito-Charger is one of the rare energy boosters which has this ingredient. You might as well advantage of the opportunity.

To sum things up, AOS Mito-Charger’s formulation is advanced in every sense of the word.

We dare you to find another energy booster which has similar ingredients.

The takeaway: it’s an effective product which takes the road less traveled.

Still soaking all of that information in?

Go ahead, take your time.

We certainly don’t blame you, folks: like we said, AOR Mito-Charger is your non-traditional energy booster.

Guess what? It works.

The proof is in the pudding: this supplement has solid (and we daresay, unheralded) ingredients from top to bottom.

You may know a thing or two about acetyl-l-carnitine (ALCAR) and co-enzyme CoQ10 (the two most familiar and common ingredients). That’s fine.

On the other hand, we’re hoping you’ll get to know components such as R-lipoic acid, Rhodiola rosea, Benfotiamine, Benagene, d-uridine, and Gymnostemma sylvestre extract much better one day.

We’ve laid out the facts. You’ve seen what they can do for your body.

We’re hoping they will become staple energy-boosting ingredients one day.

We’ll say this much: AOR Mito-Charger’s abilities to protect the mitochondria, provide free-radical protection, slow down the aging process, and extend one’s lifespan are benefits we’ve never seen in your everyday energy booster.

We also like the manufacturer’s transparency – it reveals all of the ingredient amounts.

No fillers and shady proprietary blends, either. Fantastic.

Just about the only downsides are the product’s reputation and inconvenience.

Not too many consumers know about AOR Mito-Charger. It’s not a big-name energy booster.

We’re hoping that will change sooner than later.

Finally, the manufacturer advises you take six capsules daily. That can be a tall order for busy individuals.

Nonetheless, AOR Mito-Charger’s benefits are many and the side effects are few (if any).

With that, cast aside your doubts and buy AOR Mit0-Charger today.

AOR Mito-Charger has the following benefits, per its official website:

We agree with all of these claims. AOR Mito-Charger will rev up your energy levels through the most unique pathways imaginable.

AOR Mito-Charger is intended for healthy and active individuals who want to increase their energy levels, ward off fatigue, enhance cognitive function, and achieve their daily fitness goals.

While AOR Mito-Charger has no glaring side effects, we encourage you to consult with your physician if you deem any of its ingredients doubtful.

If ever there was an award for a non-conformist energy booster, AOR Mito-Charger would win hands down.

When you compare it to other energy boosters, we’re sure you’ll agree with us.

Look no further than its rare lineup of ingredients.

As uncommon as the components are, they are effective. That’s all that matters.

We highly recommend you buy AOR Mito-Charger not only to increase your energy levels, but to boost your long-term health.