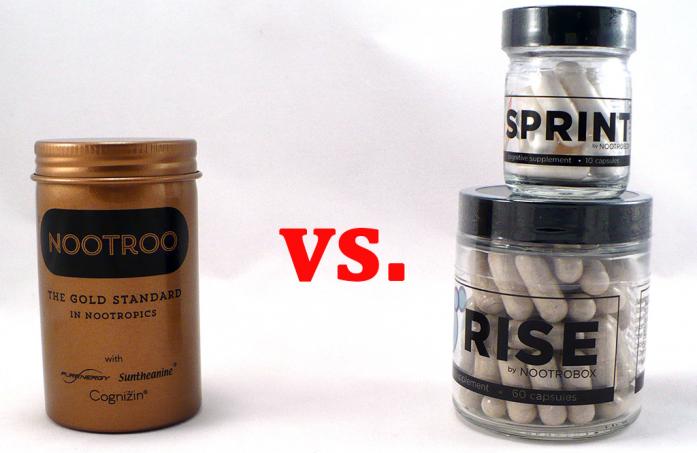 Nootroo vs. Nootrobox: two star-studded nootropics with premium ingredients and plenty of pros under their belts… enough to put them both in our Best 5 Nootropic Supplements conversation.

Both use two unique formula blends for mental alertness and clarity to get things done… an approach that’s tailored for the Silicon Valley inventors and driven entrepreneurs.

With these two leading nootropic stacks targeting the same demographic, we’ve always wondered which would win in a head-to-head battle.

It’s time we put Nootroo and Nootrobox in the ring! And don’t worry: Despite the geeky demographic, this is no slap-fight. These are powerful stacks. Check it:

Nootroo and Nootrobox have a lot in common. They both target the San Francisco techie crowd, using snazzy packaging and 2-supplements-in-1 strategies.

Both say they help keep you focused, increase mental clarity and alertness, so you can power through your to-do list with ease.

But what about those formulas? Although similar mission statements, they only share 2 ingredients: L-Theanine and caffeine. Both are common ingredients in nootropic stacks; caffeine keeps the mind alert, while L-Theanine takes the edge off caffeine jitters (in addition to boosting Alpha-frequency brainwaves).

Right off the bat, we get indications these products are smartly-formulated.

Nootroo has a Gold formula and a Silver formula, bundled together in one bottle.

Gold and Silver are both SmoothCaffeine™ (their proprietary blend of caffeine and L-Theanine) plus Citicoline, our #1-ranked Nootropic ingredient presented in premium Cognizin® form.

So Nootroo’s 2 caps, taken on alternating days, are similar… differing by one racetam-class nootropic ingredient only:

Nootrobox has a RISE formula and a SPRINT formula.

In the other corner, Nootrobox supplies RISE for daily nootropic nourishment and SPRINT for when you need a little extra pop of high-performance cognition.

SPRINT supplies superior B12 compound methylcobalamin for stronger brain chemical balance and neural communication. They got B6 too, but for some reason don’t tell us which form they use. This is important, because B6 as P-5-P is more effective than plain B6. The L-Theanine is another top-ranked nootropic, but overall, this mini-stack is nothing special.

This was a close one, but we’ve got to go with Nootroo’s sexy racetam-class nootropics and their alternating-day directions for use. RISE and SPRINT are OK, but they lack sex appeal.

Nootroo straight-up refuses to reveal their dosages. So they lose a little credibility with us right off the bat. They bounce back with Cognizin Citicoline the #1 best nootropic ingredient in their formula, we have no idea whether the dosage is strong, weak, or secretly abysmal.

Nootrobox comes off 100x trustworthy. It’s very open about dosages. No proprietary “mystery dosages” blends to be found in their formula. So, we can tell you about Nootrobox and whether their dosages are hitting its mark…. and YEAH, they do.

This is a testament to Nootrobox’s sophisticated formulation strategy. Look at RISE, for example: It’s just 3 nootropics, 300 mg each. Elegant and powerful. SPRINT also achieves high-potency dosages, again because they don’t try to cram too many ingredients into a single capsule.

Easy call on this round:

We’re pleased Nootroo included Cognizin® Citicoline in BOTH their formulas. It’s our #1-ranked nootropic compound in the highest-quality form available on the market.

Nootroo’s SmoothCaffeine™ is a proprietary caffeine+L-Theanine blend that might equate to quality, but we’re withholding judgement on it as it appears they are in the process of switching to using Suntheanine® instead. This is a big quality upgrade for Nootroo, as Suntheanine is a globe-leading purified L-Theanine form.

Nootrobox opts for Alpha-GPC form of choline, instead of Citicoline… and it’s just not as high-quality. We’re also turned off by their label stating “B6” without revealing what kind of B6. This can make a big quality difference.

On the positive side, Nootrobox’s Bacopa monnieri (50% bacosides) and Rhodiola Rosea (3% rosavins and 1% salidroside) are both high-quality, high-potency standardized extracts. Nice job.

Both Nootroo and Nootrobox are premium quality. But due to the use of Cognizin® Citicoline (the greatest brand-name nootropic in the universe) and their recent upgrade to Suntheanine®…

Nootroo and Nootrobox are designed for nerdy (wealthy) techs who need a brain boost. They both focus on brain chemicals, energy & waves for stronger cognition, mental alertness and focus. Both are smartly-formulated, too, with great nootropics in premium forms.

But Nootroo has the more exciting formula, featuring racetam-class synthetic nootropics + premium branded nootropics, intelligently combined into an alternating-day stack. It sucks they don’t show dosages, but from what we can guess, both their capsules look powerful enough for brain benefits.

Nootrobox prides itself on being less shady; their dosages are out in the open and include premium standardization of ingredients.

BUT, as we discussed in our Nootrobox review, they’ve also got some reallllly risky and unprofessional claims — a low blow for which our judges deduct 1 point.

Ultimately, Nootroo is just a sexier stack, with a more intriguing brain-booster strategy.

And so, The Winner of the Nootroo vs. Nootrobox by a close split decision is… 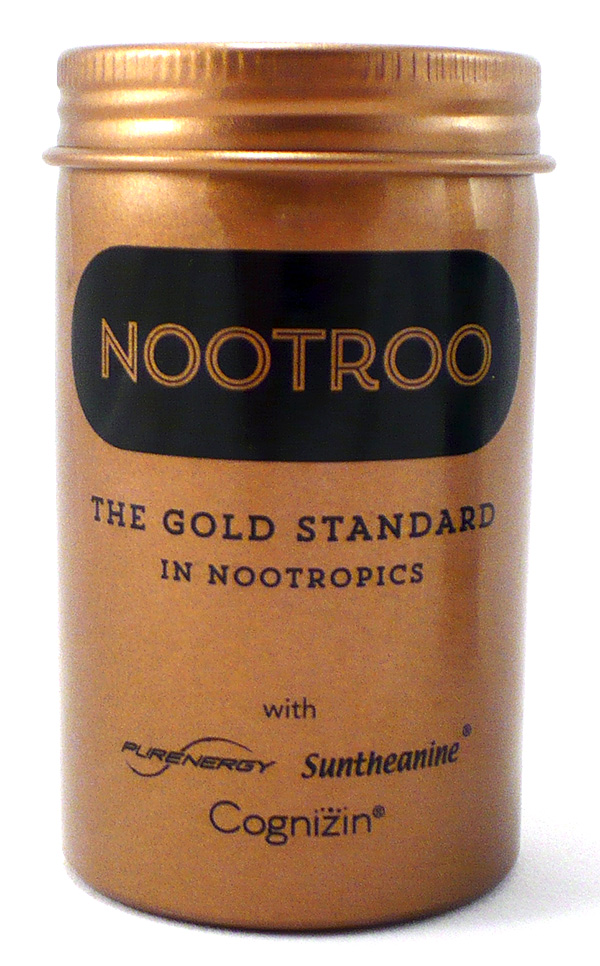