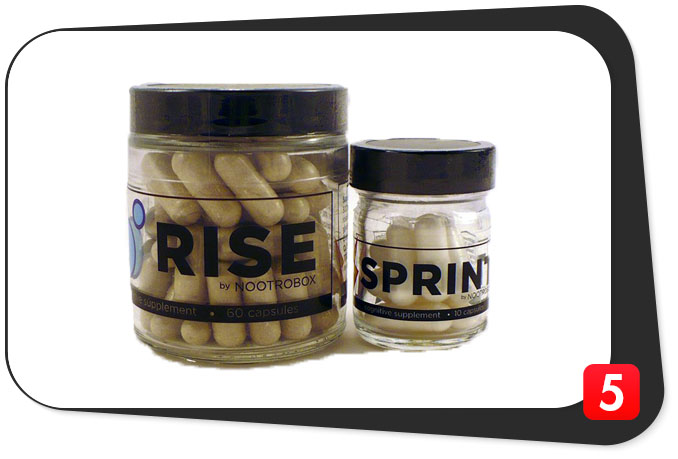 With a distinctly “geeky” edge, Nootrobox takes a science-based, transparent approach to creating nootropics that seem to target the start-up culture. Hell, Yahoo CEO Marissa Mayer is even an investor in the company.

But are the Nootrobox supplements themselves as smart as the demographic they’re designed for? Let’s check it out.

Nootrobox is a San Francisco-based supplement company founded by two Stanford-trained computer scientists/”bio-hacking” experts. Nootrobox offers four supplements intended for stacking. The two Nootrobox formulas that are most nootropic-targeted, covered in this review, are: Our Nootrobox package also came with Yawn, their sleep supplement. 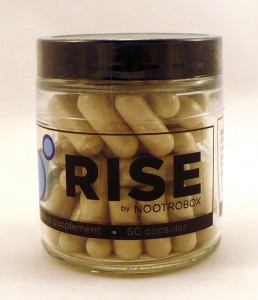 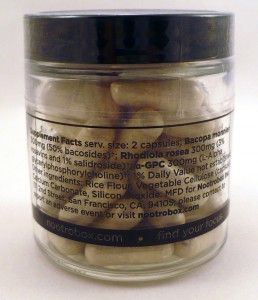 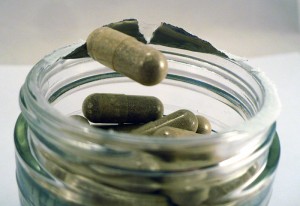 A few Rise caps were stuck with a glue-like residue to the underside of the safety seal. Weird. 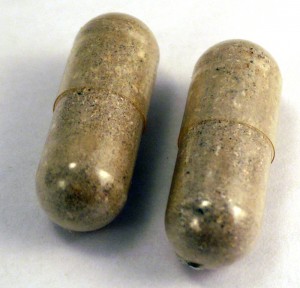 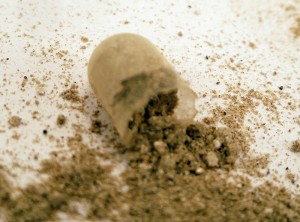 The Rise caps were so tightly sealed, it was impossible to simply open them. Cut with a scissor instead, with sloppy-ass results. 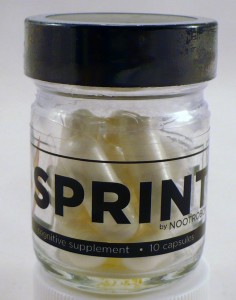 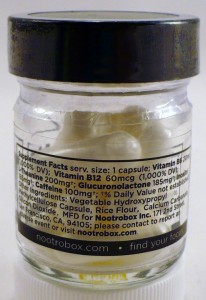 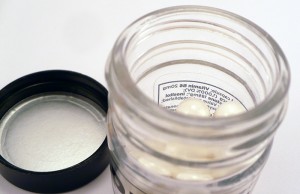 Sprint also had a safety seal problem — this was how it opened, with the seal not sealing the bottle, but wedged inside the cap. 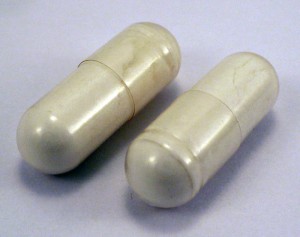 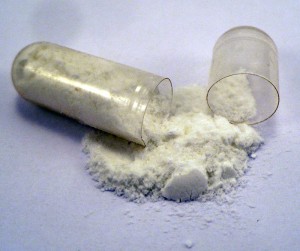 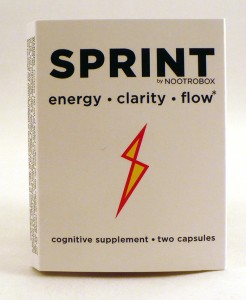 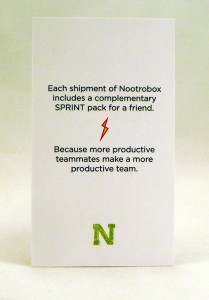 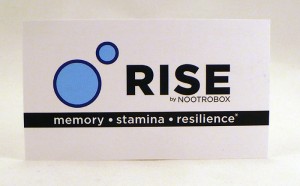 Each product came with its own “business card” 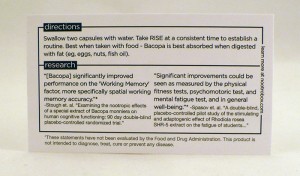 Back of the biz card 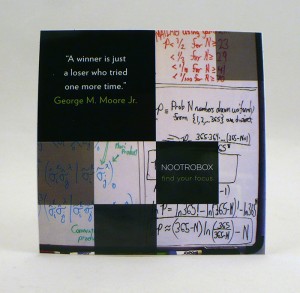 Nootrobox came with this free sticker, featuring an inspirational quote from George M. Moore Jr., a deceased Vietnam Veteran. We think it’s pretty dirty to use Mr. Moore’s quote to sell Nootrobox, unless they have permission… which we highly doubt. 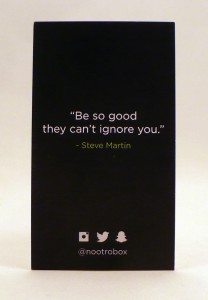 Nootrobox came with a brand biz card too. This one has an inspirational quote from Steve Martin. Again, this creates brand integrity concerns since we highly doubt Steve Martin gave them permission to use his words to sell Nootrobox supplements.

Alpha-GPC, a type of choline, supports the brain chemical acetylcholine. There are better choline forms available (like Citicoline, esp. Cognizin® found in today’s best brain supplements, but Alpha-GPC is still a decent nootropic.

L-Theanine, known for instilling a calm-yet-alert mindset, is our #5 Best Nootropic and the biggest ingredient in SPRINT.

B6 and Inositol (related to B-vitamins) are good choices for supporting neural communication and brain chemical status, but the B6 is presented as the lesser form (P-5-P B6 is much better for mental performance, which is why you see it in our #1-ranked nootropic stack).

B12 is likely included for its energy metabolism benefits; SPRINT uses the superior methylcobalamin form.

Glucoronolactone is the real X-factor here… popular in energy drinks, but it lacks nootropic research.

Both RISE and Sprint WORK. RISE might work better with a different form of choline than Alpha GPC, but there’s no denying Rhodiola and Bacopa are amazing mind-enhancers–especially in the potent, standardized forms used here.

With 100 mg of caffeine, SPRINT works in the same way a cup of coffee works, but with L-Theanine forcalm & clear mental energy. SPRINT’s other compounds appear to add modest support for memory and mood.

Nootrobox demonstrates smart formulation through and through. It’s hard to find much to criticize in this premium-quality, well-designed nootropic stack.

Geeks. There, we said it. Nootrobox has a heavy Silicon Valley/Tech-Startup/Nerdy-Propellerhead vibe. One of Nootrobox’s founders has even said, “Nootropics aren’t just for tech millionaires,” which hints at their origins and their audience. With that, RISE and SPRINT seem to be designed for younger populations who seeking a short-term brainpower burst for academics, programming, and work productivity along with ongoing daily support for overall mental sharpness.

These two nootropic formulas are well-designed, with quality ingredients and fairly simple stacks. Plus, their formulators are smart enough to know that L-Theanine effectively takes the edge off caffeine–this is Nootropic Stacking 101, but you’d be amazed how many formulas miss this key combo. Overall, Nootrobox adds up to an excellent overall tolerability profile and no big side effects concerns.

Nootrobox makes great nootropic supplements. Apart from a couple of potential ingredient upgrades, there’s not much we would change. BUT, when it comes to FDA compliance and brand credibility, Nootrobox loses points with irresponsible health claims and quotes (likely) used without permission. Still, if you’ve got the money, Nootrobox is a quality nootropic investment that will bring strong mental performance returns.