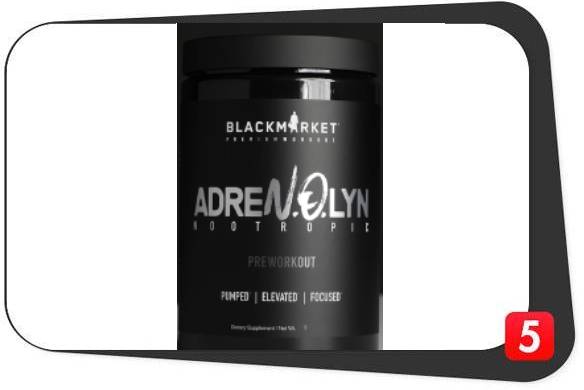 As nootropic and pre-workout mixes gain popularity, we’re sure to have lots to review. You want something that’ll provide a physical boost without the distracting side effects. You also want a nootropic that keeps you calm, but not so much that you fall asleep. Combining that with stimulants in a pre-workout can be tough, so we’re excited to see how AdreNOlyn Nootropic toes that line.

Coming to us from Black Market Labs (note – not the actual “black market”), AdreNOlyn Nootropic is a pre-workout first, nootropic second. Black Market claims to be the underdog of the supplement industry, and they fully embrace that identity. Their founder, Brysen Duncan, started by selling supplements inside of a Gold’s Gym. Nowadays, they claim to offer specialized formulas engineered with a specific goal in mind. AdreNOlyn Nootropic is their answer to increasing alertness and cognition throughout training. Let’s take a look at what they provide.

The ingredients in AdreNOlyn Nootropic are as follows: 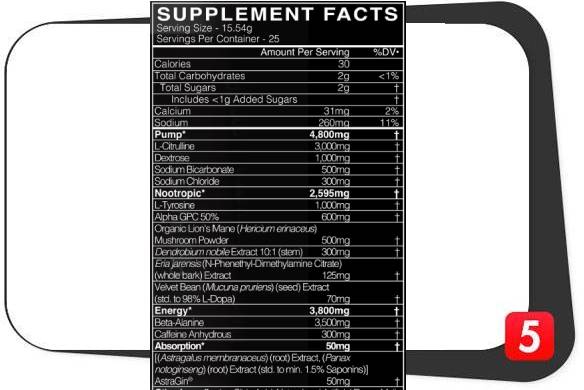 The presence of L-citrulline, an amino acid, is probably where the NO in AdreNOlyn Nootropic originates. It elevates your body’s natural arginine production, which then triggers nitric oxide (NO) production. While most other supplements try using arginine itself, it’s widely understood that supplemental arginine is difficult to absorb. Therefore, citrulline increases blood flow at the source.

Rather than add an ingredient that doesn’t work (but looks good on the label), AdreNOlyn Nootropic chose well. Research shows that around 3500mg of citrulline benefits performance, especially in aerobic time trials.

Dextrose is a form of sugar, which can both benefit energy levels and cognition. Multiple studies confirm that pre-exercise carbohydrate enhances endurance performance. As depleted blood glucose levels impair recall and memory, sugar consumption reverses this response. It also makes the pre-workout taste better, so that’s a plus.

Sodium bicarbonate is nothing more than regular old baking soda. However innocuous this might sound, there’s a surprising amount of research on its performance benefits. It’s been shown to increase time to exhaustion, lower rates of perceived exertion and elevate peak blood lactate.

How does it work? During intense exercise, acid byproducts build up within your muscle. It’s one of the main reasons behind muscular fatigue (AKA muscle burn). Sodium bicarbonate increases extracellular buffering capacity. Evidence supports around 0.3g/kg of body mass, however, so it’s highly underdosed here.

Another household item, sodium chloride is plain table salt. Sodium plays an important role in neuronal excitation, and salt itself acts as an electrolyte for fluid balance.

L-tyrosine represents one of the most effective nootropics in AdreNOlyn. As a precursor to catecholamines, it produces epinephrine, norepinephrine, and dopamine. These neurotransmitters modulate your stress response, keeping you sharp under pressure. With high-intensity training, this means you staying focused and thinking clearly.

There’s very little research on dendrobium nobile extract as a pre-workout. Hailing from a member of the orchid family, it’s traditionally used as an anti-inflammatory analgesic and tonic for the stomach. However, supplement companies have started to add it in place of the stimulant DMAA. Claims that this nutrient mimics amphetamines are unfounded, but still concerning. Overall, there’s not enough research on the efficacy or safety of its inclusion in AdreNOlyn Nootropic.

Eria jarensis, another orchid plant, is added for similar reasons to the above. According to research, the only true known source of DMAA, amphetamine, and methamphetamine are synthetic chemicals. However, plenty of supplements include these ingredients labeled as plant extract. In the case of Eria jarensis, it looks like it’s standardized for its n-phenethyl dimethylamine content, a stimulant that acts on the central nervous system.

We can’t confirm nor deny the effects of this extract in AdreNOlyn Nootropic, but stay away from amphetamines. If it does what they claim, it borders on a banned supplement.

Velvet bean extract, or Mucuna pruriens contains l-dopa, a precursor to dopamine. Therefore, it’s been shown to protect the brain as an antioxidant, as well as increase neurotransmission.

Beta alanine is part of a pH buffer similar to sodium bicarbonate. In contrast, however, beta alanine works within the cell instead of outside it. Combined with histidine, it produces carnitine. High levels of muscular carnitine are associated with longer time to fatigue.

According to the International Society of Sports Nutrition’s position statement, you’d need to take 4-6g of beta alanine each day for four weeks to yield performance results.

Anyone who’s had their morning cup of coffee understands that caffeine raises energy and alertness. Caffeine anhydrous is the very same element, just dehydrated. Therefore, it’s more concentrated and potent than what you’d order at Starbucks.

Not only will it wake you up, caffeine is one of the best performance enhancing supplements. Research shows it increases endurance, power output, and muscular strength. Depending on your sensitivity, somewhere between 3-9 mg/kg works best.

AstraGin is designed to increase absorption. As a combination of Panax notoginseng and Astragalus membranaceus, it combats inflammation and GI disease, while supporting your immune health in the process. However, most supplement companies add it to elevate the effects of everything else. It helps your gut bacteria flourish, which in turn increases nutrient absorption. Most of the supporting research, however, comes from the company that makes AstraGin. So take that for what you will. 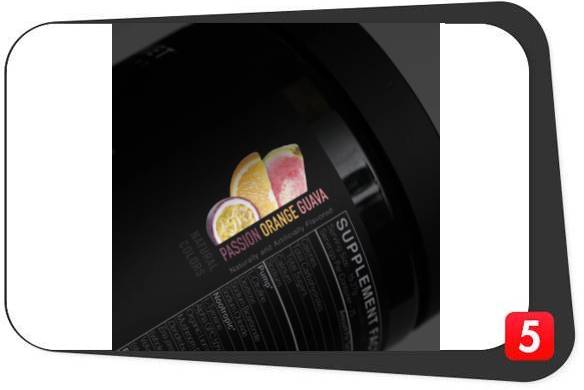 So where does AdreNOlyn Nootropic stack up at the end of it all? It has some great pre-workout ingredients – caffeine, sodium bicarbonate, and citrulline, to name a few. Unfortunately, caffeine is the only one dosed appropriately, with citrulline coming close. The upside with sodium bicarbonate, however, is that AdreNOlyn Nootropic also features beta alanine. The two together pack a one-two punch of intra and extracellular pH buffering – fantastic for high-intensity endurance, irrelevant for strength and power.

Ironically, its most basic ingredients, sugar and salt, are backed with research on performance. AdreNOlyn Nootropic also does well when it comes to nootropics. Tyrosine, Alpha GPC, and Lion’s Mane mushroom all have their place in cognitive enhancement.

The stimulants, however, stick out like a sore thumb. They’re a clear blemish on this supplement’s ingredients. Two basic requirements of a good supplement are 1) safety and 2) efficacy. Neither Eria jarensis nor Dendrobium nobile extracts contain enough evidence in those regards.

Some athletes take it, but even the company themselves advise that athletes consult with their coach before buying. It’s highly likely you’ll get a positive drug test, so be sure to check regulations if that’s something of concern.

Bodybuilders and other gym rats frequent other products by Black Market Labs, so it’s safe to say that population uses AdreNOlyn Nootropic as well.

Known side effects of ingredients within AdreNOlyn include:

AdreNOlyn Nootropic Pricing & Where to Buy

Black Market Labs’ AdreNOlyn Nootropic looks promising at first glance. The amounts of citrulline and caffeine make a strong contender for proven pre-workout performance. Unfortunately, it features two ingredients that just don’t have enough proof of safety. While you might brush that off, supplements are designed to improve your health, not hurt it.

It sounds like it tastes good (candy dust, anyone?), but so would actual candy dust. And that won’t give you anything but cavities. Plus, one tub of AdreNOlyn Nootropic puts you out almost $60. If you’re looking for a strong pre workout with nootropic qualities, there are healthier, cheaper options.