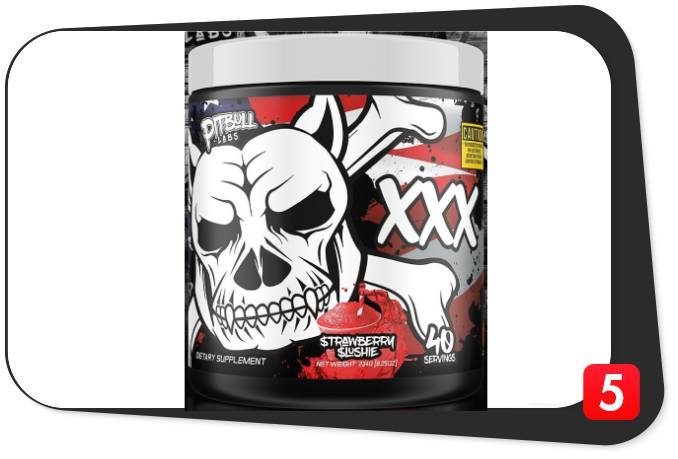 What do you look for in a pre-workout? Do you crave a pump that’ll make your muscles pop? Or do you want a cool, intense focus to drive home each set? Maybe you want something that’ll provide lasting energy. Whatever your preference, a good pre-workout should enhance performance in subsequent training.

Certain formulas are made for specific reasons – you wouldn’t take the same thing for a marathon as you would a powerlifting meet. That’s why we look in to each pre-workout to discover its benefits, what it can do, and how you can use it to improve performance.

Pitbull Labs storms back on the scene with a stimulant-heavy formula to carry you through the toughest of workouts.

But does it work? Let’s investigate the ingredients to find out. 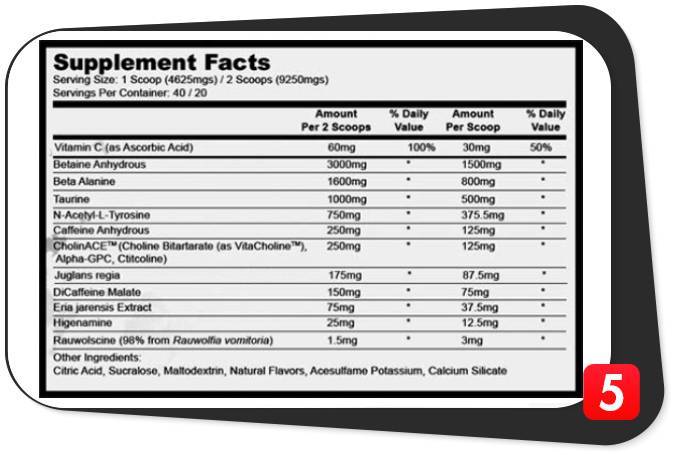 Found in so much more than oranges, we need vitamin C to regulate tissue growth, iron absorption, bone health, and – in this case – nervous system efficiency. It’s not only a protective antioxidant, but vitamin C provides a cofactor to create neurotransmitters. With the help of this vitamin, our brains form dopamine, acetylcholine, GABA, and glutamine. Glutamine, an excitatory neuron, and acetylcholine, a muscle contraction stimulant, trigger powerful reactions during workouts. GABA helps sleep and HGH production, while dopamine can help motivation.

In one study, however, vitamin C disrupted mitochondrial biogenesis and adaptations to endurance training. We need vitamin C for general nervous system health, immune function, and antioxidant benefits, but you likely won’t benefit from it in a pre-workout.

Betaine anhydrous comes to the supplement shelves from beetroot. Build up of betaine limits homocysteine levels, which are dangerous to your circulatory system. As such, some speculate betaine elevates nitrate levels to open up the bloodstream.

A few studies note its association with increased arm circumference and bench press performance. But general results are mixed. Despite that, betaine is a metabolite of choline to glycine. So, in theory, betaine supplementation could leave more choline available to build acetylcholine.

Unfortunately, research suggests between 2-3g per day loaded over a 4-8 week period. Without daily supplementation over at least a month, you’re not going to reap the rewards.

Many people report tingling as a side effect of high beta alanine supplementation as well. This is called paresthesia.

A common ingredient in energy drinks, taurine is one of the most abundant amino acids in the brain. While researchers still aren’t completely clear on all of its mechanisms, scientists out of Cornell discovered its activity on GABA receptors. These actions, interestingly, would normally have a calming, sedative, and anxiolytic effect.

It’s possible that taurine therefore helps stabilize some of the effects of caffeine and stimulants. It’s also possible that it contributes to the post-energy drink crash.

Adding the acetyl group helps absorption in the gut, and then aids transportation across the blood-brain barrier. Dopamine pathways signal motivation and reward, helping you want to grind through an extra set.

Additionally, research in rats shows that tyrosine can assist performance during stress. This is one of the reasons why it’s commonly found in nootropic supplements, as it can ultimately boost cognition too.

Caffeine drives workout performance. That’s a fact. It’s one of the most evidence-based supplements you can take. It stimulates the central nervous system, increases performance in high-intensity exercise, and aids endurance workouts. Plus, it can just wake you up for training in the morning/after a long day.

However, there is such a thing as ‘too much’ of a good thing. We suggest consuming a max of 100mg caffeine per serving to avoid risk of jittery side effects.

In 2 scoops, you’re being hit by a massive 250mg caffeine serving, so bear that in mind.

CholinACE combines choline bitartrate, Alpha GPC, and citicoline. All three of these ingredients are powerful choline donors. Bitartrate adds a salt to aid bioavailability in the liver. Alpha GPC and citicoline are both strong candidates for elevated choline in the brain, yielding acetylcholine. Both have shown promise to increase power and enhance growth hormone production.

Most of us get enough choline in our diet – from eggs, fish, beans, and legumes. But if you’re deficient, choline supplementation can improve memory.

Juglans regia is the scientific name for walnut fruit. It’s appeared recently in quite a few pre-workouts, especially since DMHA was banned. Juglans naturally includes a slightly different structure of DMHA, which is believed to offer similar effects. Supplement companies continue to search for “healthy” ways to add this powerful stimulant.

But if you ask me, things are banned for a reason.

Dicaffeine malate is just another source of caffeine. Your body digests this compound easier than regular old caffeine, and it tends to have longer-lasting effects.

Eria jarensis is a plant in the orchid family. Its extract contains n-phenethyl dimethylamine, another chemical stimulant. Relatively zero research has been conducted on this extract’s effects on performance. However, companies continue to add it for its chemical similarities to amphetamines.

Higenamine is a beta-adrenergic agonist used in medicine to combat asthma. As it helps open up the airwaves, it’s effects are similar to that of ephedrine. It’s recently been added to the FDA’s Dietary Supplement Advisory list, so be careful.

As an alpha-2-antagonist, rauwolscine keeps norepinephrine from tightening up your blood vessels. As such, taking it facilitates smooth blood flow. It’s similar in structure to yohimbine, another supplement commonly added to pre-workouts to elevate mood. 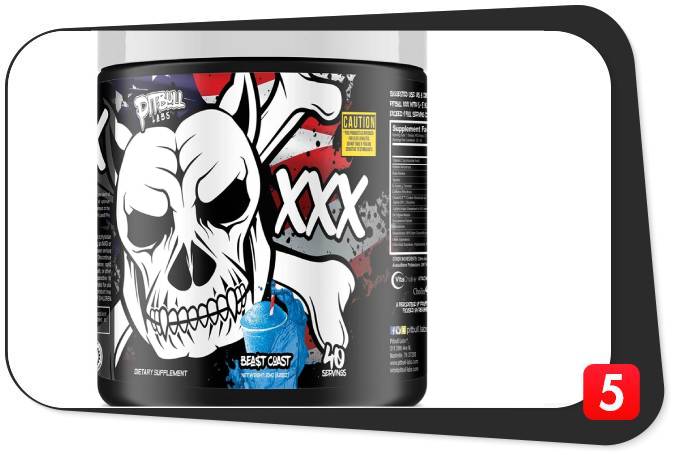 Yes, it’s a stimulant. The caffeine content in this bad boy is way up there. Depending on your bodyweight, that could either be perfect or overwhelming. Even though taurine could bring you back down, there are at least three other dangerous stimulants.

One is being watched by the FDA, and the other two are slight alterations to a banned substance. This is one of the reasons why we personally like taking non-stim pre-workouts – to stay safe from potentially dangerous stimulants.

Contact your favorite online retailer to get more information about pricing when it’s released.

Choose your own adventure, but there are definitely healthier options out there to get better results.