You are here: Home / Guides / Can you take BCAAs and Pre-Workout Together? 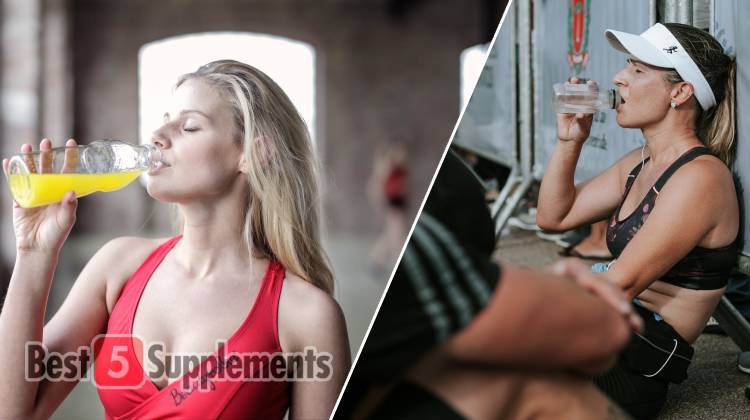 One big, glaring problem with the supplement industry is the lack of transparency and oversight.

You still find proprietary blends, shady manufacturing processes, and dangerous ingredients hidden under natural-sounding names. That’s why you’d be justified in asking, “Can you take BCAAs and pre-workout together?”

Unfortunately, there isn’t a simple yes or no answer. It depends on which BCAA and pre-workout you’re taking.

In general, there’s nothing dangerous about amino acids. Many pre-workout supplements already include BCAAs, and, in theory, that’s a great thing.

The real issue, however, arises within the ingredient list.

In the wrong scenario, taking BCAAs and pre-workout together might put you at risk.

So let’s take a look at when you should reach for this powerful duo, and when to stay away.

BCAAs are amino acids with a specific chemical structure, giving them a branched-chain.

The three branched-chain amino acids are leucine, isoleucine, and valine. They’re important because they make up almost half of muscle protein in your body.

Known as essential, you can only get BCAAs from food and/or supplements, making dietary protein critical.

The simple presence of these nutrients in your bloodstream triggers protein synthesis, glycogen uptake, insulin release, and overall post-workout repair. As such, BCAAs provide a vital peri-workout supplement for maximum growth and performance.

Technically, a pre-workout is just something you take before your workout. As BCAAs could already be in that category (and water…food… etc) we’ll adopt a different definition.

Taking pre-workouts before a session can:

If it sounds like a broad definition – that’s because it is.

The pre-workout supplement industry reaches far and wide in an attempt to meet these goals.

Sometimes, you get a safe, effective result. Others yield dangerous, even potentially fatal, side effects. It’s truly a mixed bag.

To make matters even worse, some BCAA supplements contain extra ingredients, making them a sort of pre-workout hybrid. Stacking those with another pre-workout compounds the effects, both good and bad (we’ll take you through both below). 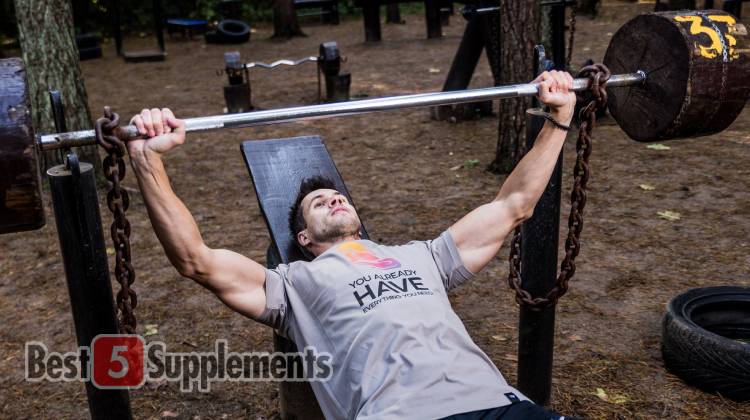 Pre-workouts and BCAAs – The Good

Typically, it’s not the interaction with amino acids that’s the issue. Instead, it’s the other ingredients, so take a BCAA with little to no additives.

The fewer ingredients, the lower the chance of a negative interaction. As far as a pre-workout goes, look for the following ingredients to limit any side effects.

Creatine, one of the most researched pre-workout ingredients, features naturally within the body. So do amino acids, so you can definitely combine the two. What’s more, creatine supplementation increases strength and power without negative health risks. Some complain of water retention and weight gain, but that tends to subside after a few weeks. (Plus, those side effects have nothing to do with BCAAs).

BCAAs make up just a small portion of the amino acids within your body. Most dietary protein contains a vast amino acid profile, so taking amino acids together is obviously okay. As they all work together to create tissue, synthesize DNA, build enzymes and hormones, and more, they’re probably interacting as we speak anyway.

Common pre-workout amino acids include citrulline, glutamine, beta-alanine, and arginine. Glutamine and beta-alanine help buffer lactic acid out of the muscles to extend endurance. Citrulline, as a precursor to arginine, helps elevate nitric oxide within the bloodstream. As such, both increase circulation to working muscles. Not only is it safe, but stacking other amino acids with BCAAs may even enhance these benefits.

One side note – if your BCAAs and pre-workout both include beta-alanine, check the dose. High levels of beta-alanine, while non-toxic, are associated with paraesthesia. You might feel like your skin is crawling, which is a minor distraction to a killer workout.

It’s no secret electrolytes are key to a good sweat session. Salts such as sodium, magnesium, potassium and chloride help muscles contract, prevent cramps, and keep your cells happy and hydrated. Not only does this increase our performance during a session, but it makes recovery go faster. Training hard day after day yields a lot more results than one amped-up workout.

I said before to watch out for dangerous ingredients in disguise. Often, companies will try to sell them as some sort of plant extract. While it’s impossible to cover every single thing they’ll try (seriously, it’s almost impressive), don’t just accept it at face value. Do your research.

That being said, we can try to narrow down the field. We know that maritime pine bark extract and cordyceps mushroom are safe. Pre-workouts add maritime pine bark extract for its proanthocyanidin content. As antioxidants, they combat inflammation while promoting nitric oxide production. In short, they simultaneously transport nutrients and remove toxins from muscle cells. Cordyceps has been used in Eastern medicine to stimulate energy and vigor for centuries. Nowadays, Western research joins the fold by confirming its ability to increase time to fatigue. 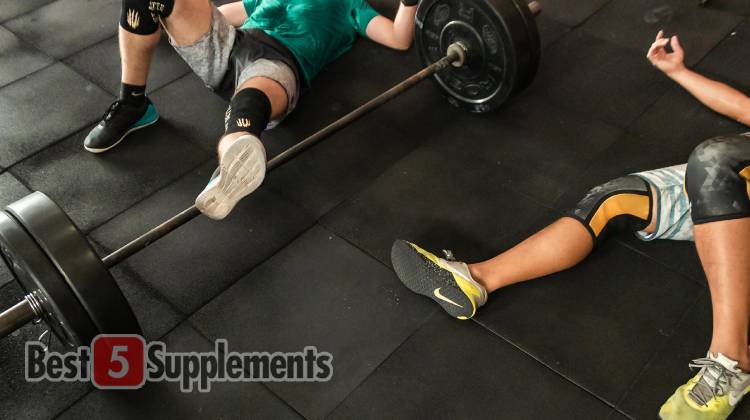 Pre-Workouts and BCAAs – the bad

Unfortunately, you can’t just choose the 1st pre-workout you see on the shelf (or online) and receive a good, safe and effective product. Many are filled with potentially harmful ingredients that can lead to you suffering from side effects.

As a result, we recommend avoiding the following ingredients in your pre-workout. And especially don’t combine them with a BCAA featuring the same.

It all comes down to dosing.

Even an antidote can be poisonous with the right dose. These ingredients are all on some sort of watch list, and/or taking too much causes serious side effects.

Always read the supplement facts for ingredients and dose. If both your BCAA and pre-workout feature these suspects, stay away.

1,3-dimethylamylamine has been banned by nearly every anti-doping organization that matters, including WADA, the IOC, and the NCAA.

As it’s similar to methamphetamine in both chemical structure and action, you’re going to feel as if you’re on literal drugs.

Yes, it might give you some energy, but no it’s not a good idea to take. Especially when there are plenty of other, safe, evidence-based solutions to get a better workout.

Anything else resembling DMAA or amphetamines

While this comes as a no-brainer, remember that these ingredients are in disguise. So how do you know what’s what?

As you can see, they feature chemicals similar to DMAA and have similar interactions within the body.

They’re also, unfortunately, sold under natural-sounding names. It’s bad enough to take one of these suckers, but combining them is even worse.

If you don’t know what an ingredient is, look it up. A quick Google will probably work, but you can also check anti-doping sites for red flags.

Side effects such as rapid heart rate, severe anxiety, mood problems, and high blood pressure get compounded as you combine these ingredients. So if your BCAA and pre-workout have any combination of the above, watch out.

Things like citrus aurantium, guarana, and caffeine actually do come from plants.

At low doses, you’re probably safe (although both citrus aurantium and guarana are banned by the NCAA in competition). What’s the issue, then?

As stimulants, these ingredients strike your central nervous system to rewire signals. Citrus aurantium, for example, activates norepinephrine to give you a sort of adrenaline rush.

Guarana and caffeine both block adenosine, and guarana even opens up your airwaves. These all sound good in small doses – and they can be.

You just have to be careful when stacking a BCAA and pre-workout to make sure you’re not getting too much. Or you’ll inevitably suffer from the dreaded ‘jitters’ – which coffee lovers might know after having 1 cup too many within a short period of time. 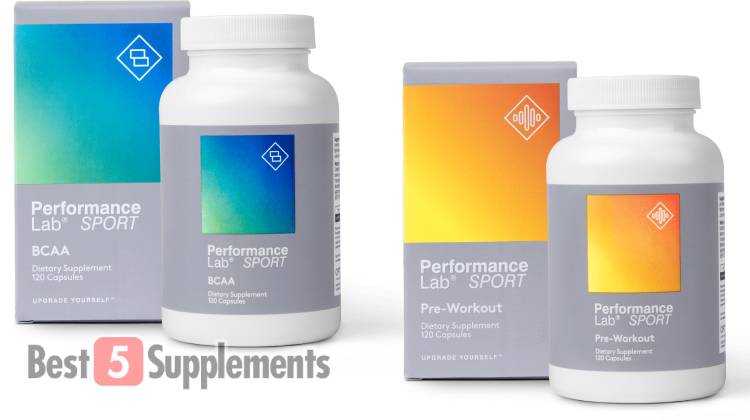 *To Buy or Learn More about our #1 Recommended Pre-Workout & BCAA Stack
– Visit: www.performancelab.com –

The Final Word – Can you take BCAAs and Pre-workout Together?

A good, clean pre-workout stacked with simple BCAAs is not only safe, but it might give you even better results. You just have to monitor what you’re taking.

A good piece of advice is to find a reputable supplement company and combine their products.

For example, Performance Lab’s Sport Range features both a solid pre and a clean BCAA. With no additives, synthetics, or hidden ingredients, their Sport BCAA is a simple solution of leucine, isoleucine, and valine. While that might not sound exciting, it’s like the squat of supplements. Do it well, and you’ll get much better results than some fancy tricks. They use optimal doses fermented from sunflower lecithin (along with Ajipure) to ensure ideal bioavailability.

As such their BCAA stacks perfectly with Performance Lab Pre. 1000mg of creatine team up with glutamine, carnosine, and citrulline to extend maximum power output. Throw in Himalayan pink salt for electrolytes, pepper in some maritime park extract, and you’ve got a recipe for a clean, mean workout.

In a nutshell, Pre fuels your performance, and BCAA facilitates your recovery.