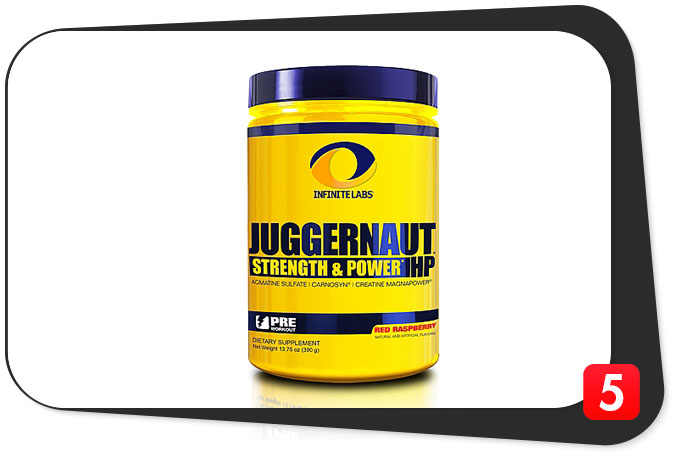 Any of you guys still up to date with your comics? I’m a DC fan and all but I gotta admit, the X-Men got me hooked to Marvel on IV. Lots of characters a bro could look up to like The Hulk…The Hulk…and, well, The Hulk.

Aside from everyone’s favorite angry green man, there’s also Juggernaut. You know, that massive bro with a huge metal cap on his head, charges everyone with a huge football tackle. He’s kind of an idiot but he’s pumped like all the time, bro. Totally relate, right?

Well there’s this interesting preworkout that thinks it deserves the same name and it’s called Juggernaut HP by the geeks at Infinite Labs. The question is: Will Juggernaut be glad to have a preworkout named after him? Let’s find out!

The HP in Juggernaut HP means high performance and as if that wasn’t enough of a title, they also say they are the Perfect Preworkout Solution. It’s kinda tough to take a big ass yellow bottle seriously. Not saying yellow is a weak ass color but come on, you’re called Juggernaut and you went for yellow? Well, this Juggernaut better not be yeller if you know what I mean. Formula notes:

A formidable preworkout for when you just want to lift heavy stuff.

When it comes to formulating a convincingly potent preworkout, Juggernaut isn’t only good; it’s good at it. We ain’t saying it’s perfect but it’s a good contender if you ask us. Let’s break down the ingredients in this formula:

Juggernaut HP is like a dream stack for most lifters. It has quality ingredients for pumps, peformance, and energy while adding ingredients that boost the overall absorption to make sure potency is enhanced and sustained. Despite its prestige, it is not without flaws and no amount of quality ingredients can hide them.

For one, we question the angle used on Malic Acid as a performance enhancer. Come on bro, malic acid isn’t exactly what pops into your head if you’re looking for dope performance.

There’s also the issue with using different types of creatine (four of them to be exact) instead of just one or two. We think having multiple forms of the same ingredient has benefits with regards to synergy but creatine is creatine no matter how you look at it. Creatine Monohydrate and Magnapower would’ve been more than enough unless this is a money issue.

Some lifters would probably find the dosing a bit on the weak side and vets would probably not feel the pump or energy at first. Good thing Juggernaut openly recommends users to double up anyway and it should fix a few dosage issues at the cost of increasing caffeine to 300 mg. Well, if you really want to lift good and hard, you’re gonna have to be one with the jitters, bro.

So yeah, one scoop will make you feel like lifting iron but double up and you’ll basically feel like charging through a wall. 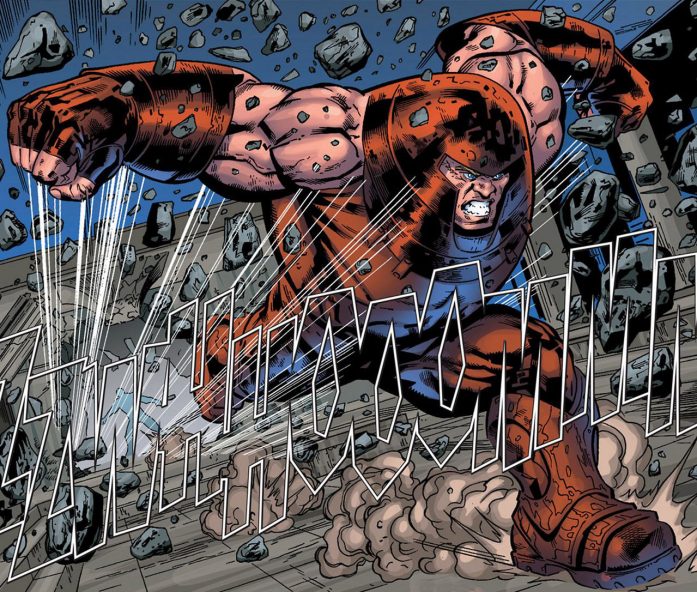 Juggernaut HP’s claims are decently supported. It can improve muscle fiber growth, provide explosive power, get you pumped, reduce fatigue, and promote focus a little bit. It goes without saying that it does work for one scoop but so much more if you take two.

Marketed mostly to powerlifters and serious bodybuilders but generally anyone who just wants a good lifting can enjoy this preworkout.

Beta-alanine is known to give users the case of the tingles or itching of the skin. Some users aren’t bothered while others just hate being forced to twitch their nose to “scratch” a face itch midlift. As Carnosyn, this side effect should be mitigated somewhat. Creatine is known to promote bloating above all but if the absorption of each creatine type holds out, bloating is much less likely to occur. Then we have caffeine. There really isn’t much at one scoop so you should be relatively fine. It’s just like drinking two strong cups of coffee. If you’re sensitive, you get jittery and sweaty but it’s not that bad compared to when you double-up.

Juggernaut HP is a preworkout you do definitely want in your preworkout arsenal. One scoop is decent but to get the full Juggernaut effect, you really gotta go with two. Quality ingredients for power and endurance, decent pumps and energy, with a bit of focus on the side so you can keep lifting despite hearing some newb call you all brawn and no brain.

Who are we kidding? Charge at him, bro!