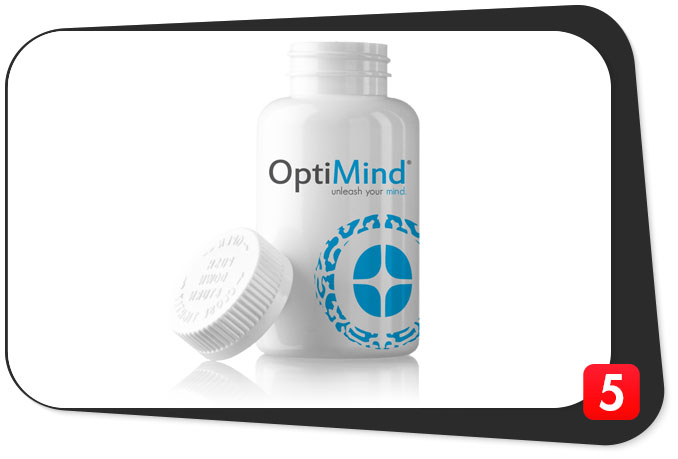 Oh, OptiMind. Where did you go wrong?

You started with the best intentions, choosing some great brain nutrients and bringing them together into one complex.

But then you got greedy. Countless Autoship Scams later, the OptiMind name has been sullied with controversy.

But does the OptiMind formula still have nootropic value? Let’s find out.

Red Flag: OptiMind lists “Vitamin B12 (as Pyridoxine HCl)” on their label. There’s just one problem. B12 is NOT Pyridoxine HCL! Wrong-O, OptiMind. Pyridoxine is a form of Vitamin B6. We can tell from the serving size that B12 is what’s in here, but we have no idea what form. The bigger concern: How can you trust a “smart supplement” that makes such a dumb label mistake? You just can’t.

OptiMind’s main thrust is the proprietary 10-ingredient Focus Blend. Since OptiMind is supposed to work by boosting neurotransmitters, let’s do a quick rundown of the Focus Blend‘s ingredients and ask the same question of each:

“Does it help with brain neurotransmitters?”

Editor’s Note: OptiMind also has another top-ranked nootropic — L-Tyrosine — but they use the weaker, less-effective form. The best nootropic supplements (including our best overall nootropic) use the correct form for brain health: N-Acetyl-L-Tyrosine, or NALT.

Looking at just the ingredients, OptiMind seems solid. Nearly all its ingredients are fine nootropics (we question caffeine and sulbutiamine). They also use some preferred ingredient forms: Their Bacopa is standardized, PS is branded (but soy-derived), and D3 is the best form of Vitamin D.

The big benefit? OptiMind promises to “clear brain fog.” It may help with focus, memory, alertness, motivation, mental energy, learning, and stress. They say you should take it “Because you will wake up feeling motivated,” and “you will go to bed feeling accomplished.” These claims check out because OptiMind is a neurotransmitter formula, and brain chemicals influence every aspect of mood and mental performance. However, the “overall energy” benefit is weak–it’s just caffeine’s stimulant effects.

Students, entrepreneurs, athletes, business executives and a whole lot more. Its neurotransmitter support could help anybody, and they cast a wide net with their marketing… but really, OptiMind seems best for younger populations seeking fast nootropic results. Some OptiMind ingredients help with age-related cognitive decline in older populations, but those potential benefits are treated as an afterthought.

According to OptiMind, there are few reports of side effects; all the ingredients are safe and well-tolerated. If there are OptiMind side effects, it’s probably due to its caffeine. Caffeine side effects include nervousness, anxiety, tremors, indigestion, aggression, heart palpitations and more. If you try OptiMind, be aware of its caffeine content so you don’t consume too much caffeine from other sources.

OptiMind supplies several of the best nootropics in one product, with an emphasis on brain chemical-boosters. OptiMind’s ingredients work. BUT, they use a proprietary blend that makes it impossible for us to see dosages… so we cannot truly judge if the formula works. If you like the look of OptiMind, try it. If it doesn’t work, it may be because the proprietary blend ingredient dosages are too low, in which case you could try increasing the serving size.