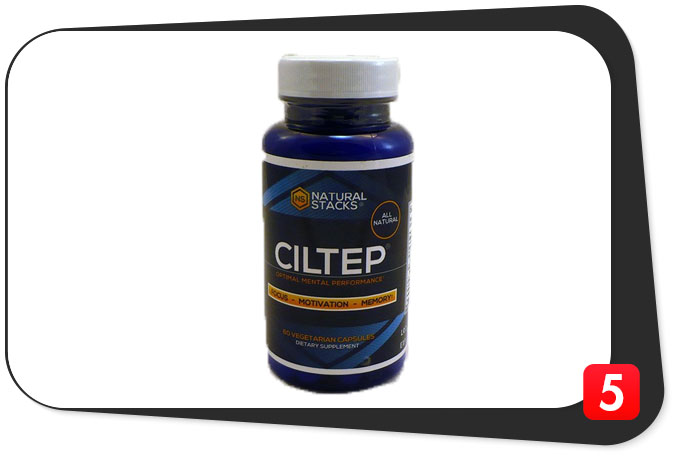 That’s why CILTEP is generating a buzz.

This neurotransmitter-targeted nootropic stack made a big splash with new terms, novel herbals and a breakthrough strategy for enhancing cell-to-cell communication in the brain.

CILTEP is no typical nootropic. And by addressing brainpower from an innovative new angle, the CILTEP formula may unleash peak mental performance across social, strategic and motivational thinking. Let’s check it out.

CILTEP is a 5-ingredient nootropic complex made by a company called Natural Stacks. CILTEP’s formula is built around an herbal core of Artichoke and Coleus Forskohlii, with brain cell-signaling benefits that are claimed to: 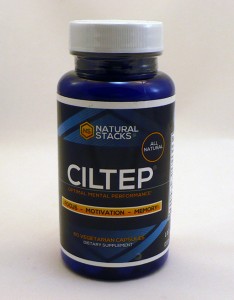 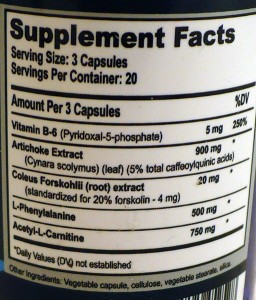 CILTEP supplement facts. It is an efficient stack; only five ingredients. 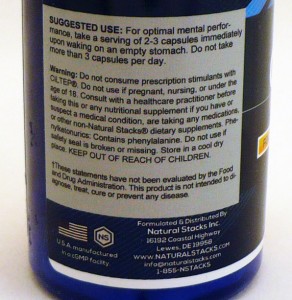 CILTEP has a clean label. 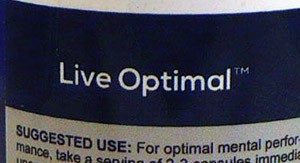 Opening CILTEP revealed no safety seal. Turned out it was wedged inside the cap… doesn’t seem like a secure seal. 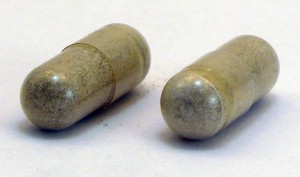 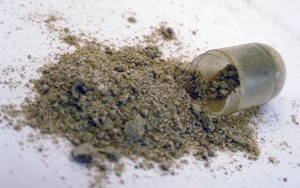 CILTEP opened capsule. Caps usually twist right open; these were practically superglued together. We had to cut them open with a scissor. Contents look earthy and organic.

A type of sustained brain cell-signaling activity, LTP is associated with cognitive enhancements across memory, learning, knowledge retention and more.

CILTEP unlocks LTP with the combined effects of its two core nootropics:

Coleus+Artichoke synergistically boost cAMP–activating the LTP that accelerates production of acetylcholine and dopamine neurotransmitters for memory, motivation and mental performance.

The other formula compounds are designed to complement Artichoke+Coleus and their LTP benefits:

CILTEP’s other compounds then boost Artichoke+Coleus’s activity with brain chemical precursors and optimizers. As a whole, the formula targets and leverages brain signaling to maximum effect–to unlock peak cognitive performance.

Evidence for artichoke and coleus is early, making it hard to assess CILTEP’s dosages. But they are going for purity and potency with these ingredients, giving the impression the formula is made to work.

The same is true of their Vitamin B6 as P-5-P; nice to see CILTEP opting for the premium form that is far more effective than plain B6.

The Acetyl-L-Carnitine (ALCAR) is the right form for brain benefits, but their 750 mg dosage is on the low end for this nutrient, so expect minimal at best. Really that’s the only potential formula flaw we could find.

Overall, CILTEP is a clean, efficient, and highly targeted nootropic formula. It doesn’t waste space or do anything half-assed. It just focuses on brain chemicals and LTP — addressing cognitive factors in an innovative and effective way.

Oh yeah. CILTEP works. Its “secondary messenger” cell-signaling strategy could send acetylcholine and dopamine soaring–enhancing mood, memory, focus, learning, and other aspects of cognition. CILTEP’s sociability claim is harder to believe, but if you’ve got “happy” brain chemicals flowing, you might be more social.

CEOs, students, creatives and scientists. Natural Stacks also has a long list of brand ambassadors–called “Natural Stacks Champions”–who list CILTEP as a favorite product. These ambassadors include Pro & Olympic athletes, stuntmen, trainers, a world-class poker player, a Jiu-Jitsu champion… you get the idea. CILTEP seems well-appreciated by adrenaline junkies who enjoy competing and excelling–both physically and mentally– in personal and professional arenas.

Probably not. CILTEP has only five ingredients, none of which are stimulants. It also seems to use premium-quality ingredients, which may be better tolerated.

We question CILTEP’s 8-14 hour duration; But even if it worked for half that time, you’d still have a great brain-booster. For those seeking a nootropic formula for just brain chemicals, CILTEP might be good… but keep in mind that a lot of its bio-activities are theoretical in nature. For a more research-backed formula, check out our best-ranked nootropic supplement.