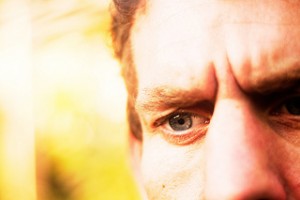 But worst of all? You just can’t think straight.

When anxiety rears its ugly head, it kills mental performance.

Anxiety can lead to a racing mind filled with jumbled thoughts that make it really hard to multitask and be productive.

Need to focus on one task at hand? Good luck, anxious one. Worries can still invade your brain, distract you and scatter your focus.

These remedies are super effective, but they work by sedating the mind… which feels nice, but (temporarily) makes you a glazed-eye dummy.

If you’re chilling at home, tranquilizing away your anxiety can be just right. But on most days, you have to get rid of anxiety and keep you sharp mental edge.

For example, just imagine if an anxiety attack strikes when you are a…

At times like these, you can’t afford to have a sluggish, sedated mind.

Thankfully there is another way that may work even better—by easing anxiety and boosting brainpower at the same time.

There are dozens of brain supplements that can help with anxiety, including herbals that have been used for centuries. But most of these, especially the popular ones, are sedatives.

Far fewer are the handful of brain-boosting nootropic supplements that deliver anti-anxiety activity without sedative effects…. for calm, relaxed, clear thinking that can really max-out your mental performance.

So which nootropics can do this? We’ve done the research to identify the…

Found naturally in green tea leaves, L-Theanine is hands-down the best anti-anxiety nootropic. It accounts for the awesome mindset that drinking green tea can bring, which is often described as “wakeful relaxation.”

One study found that a 50 mg dose of L-Theanine boosted alpha brainwave activity, leading researchers to say it had a significant effect on “mental arousal,” and brought about a “relaxed but alert” mental state. L-Theanine was also found to be more effective when anxiety is higher.

Best for: Work anxiety. Take it along with your morning coffee to reduce caffeine jitters while sharpening focus. L-Theanine helps you TCB in the office while boosting your smoove.

A vibrant-yellow root herb, Rhodiola has been prized in Russia for centuries, especially among Olympic biathletes and powerlifters. It’s great for neutralizing all types of stress–emotional, cognitive & physical–which can all worsen anxiety.

As an adaptogen, Rhodiola has a “balancing” effect on body and mind: If you’re anxious, it calms. Low on mental energy? It revitalizes. Rhodiola also boosts brain chemicals, unleashing benefits for memory, focus, mental processing and more.

While the herb is legendary for stress, its use for anxiety is relatively new… but early research shows promise: One study found that Rhodiola extract, when taken over 10 weeks, brought significant reduction in anxiety—and appears to be effective in reducing the symptoms of Generalized Anxiety Disorder.

Best for: Performance anxiety. Rhodiola is especially awesome for “physical+mental” performance, like MMA–it zaps stress and keeps you cool so nerves don’t interfere with thinking.

Bacopa is an ancient Indian Ayurvedic herb that has long been used for boosting brainpower. It is commonly associated with better learning, but also enhances memory, accelerates mental processing, and can even help your mood.

Bacopa does a lot for mental performance, but for anxiety, its benefits are due to its ability to boost GABA and serotonin—brain chemicals associated with relaxation. Meanwhile, Bacopa boosts brain blood flow (by as much as 29% in animal studies!) which energizes and accelerates thinking.

Best for: Test anxiety. Bacopa’s pro-learning and anti-anxiety benefits seem perfect for students whose minds may be muddied by nerves over studying, taking exams, writing papers, and other rigors of school.

Brainpower-hacking message boards are buzzing about this nootropic, with rave reviews that vault it into our Best 5 for Anxiety. Among racetam compounds, Aniracetam is hailed for its ability to cross the blood-brain barrier and boost brainpower fast. Anecdotal reports suggest it is effective in low doses without sedative effects… but at higher doses, it may be mildly sedating.

Science doesn’t yet fully understand Aniracetam, but researchers have suggested that it seems to “fine tune” brain cells’ neurotransmitter receptors in a way that accelerates and enhances their electrical impulses—which may help memory and mental processing.

Meanwhile, abundant animal research has shown Aniracetam eases anxiety, leading researchers to say it has a “wide range of anxiolytic [anti-anxiety] properties.” Researchers believe these effects may be due to Aniracetam’s ability to influence acetylcholine, dopamine and serotonin.

Best for: Social anxiety. Early evidence shows that Aniracetam helps with social interaction in animals. Researchers have suggested it may be useful for anxiety-related social disorders.

Do you find the B Vitamins to be boring, basic, and banal? If so, think again. Here’s why: B Vitamins are among the most important compounds for the brain chemicals of mental processing, memory, mood and more.

Vitamin B6 may be particularly important. A special “activated” form of B6 known as P-5-P plays key roles in boosting serotonin and GABA, two brain chemicals that are strongly associated with easing anxiety.

B6 is commonly deficient, and researchers have suggested that taking it in high doses seems to have “anti-stress” effects that help with “certain dysphoric mental states”… yeah, anxiety seems to fit that bill! Always take B6 as P-5-P for the best possible results.

Best for: Age-associated anxiety. As we grow older, our B-Vitamin levels decline and dietary B-vitamin intake becomes harder to absorb—leaving us more vulnerable to mood imbalance, including anxiety.

Sometimes when you’re anxious, you feel like Joey Ramone: You just wanna be sedated.

In times like these you can try some of the following natural brain supplements, which have tranquilizing anti-anxiety effects that are great when you don’t need full brainpower. All are great for winding down, relaxing and getting good sleep.

Anxiety can really hold back your quality of life. Whether it makes you forgetful, makes you trip over your words, shreds your concentration, exhausts your mind or completely fogs your thinking, a lot of anxiety’s collateral damage can be traced back to brain-draining effects.

For ambitious, active people, addressing anxiety isn’t as simple as popping a tranquilizer.

For people like these, the desire for mental sharpness outweighs the sedating price of anti-anxiety therapies. As a result, many choose to simply live with their anxiety.

But they don’t have to. The 5 brain supplements in this article can help anybody who wants to feel more calm and relaxed without being tranquilized into oblivion.

The big-picture conclusion: By removing one of the biggest obstacles to peak mental performance—anxiety—these calming, brain-boosting nootropics could unlock brainpower you didn’t even know was possible.

Editor’s Note: Our #1-ranked nootropic stack supplement supplies 4 out of these 5 nootropics for anxiety. The only one they don’t use is Aniracetam, because the formula specifically avoids the use of racetam-class nootropics.