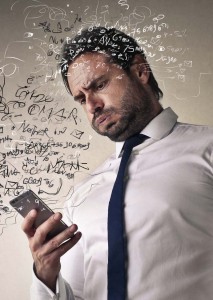 Are you easily distracted? Restless? Have a hard time focusing?

Maybe you have trouble with staying organized, showing up on time, or procrastinating.

When these issues pile up, it might be adult Attention Deficit Hyperactivity Disorder (ADHD)—and it can create serious problems across your personal and professional life.

Most people are aware of ADHD drugs, but as it turns out some nootropic supplements can help, too–especially the five we talk about in this article.

ADHD is widespread… and growing fast.

Nobody knows why ADHD happens, but one popular theory is the Catecholamine Hypothesis.

Catecholamines are 3 related neurotransmitters for brain cell-signaling and body functions:

The Catecholamine Hypothesis suggests ADHD may occur when the body systems that control these neurotransmitters malfunction, resulting in a brain chemical imbalance.

In response to this theory, some ADHD drugs are designed to boost Norepinephrine (NE) and Dopamine (DA)–creating an ideal brain chemistry for attention and focus.

These ADHD drugs are remarkably effective… but they’re not for everybody:

What about natural supplements?

Widespread ADHD combined with concerns over ADHD drugs have compelled many to seek out safe, natural and well-tolerated therapies that work: Brain supplements.

Some nootropic compounds found in brain supplements have great ADHD potential because they increase brain levels of norepinephrine & dopamine.

The best of these nootropics for ADHD do even more: They support overall brain function to boost multiple aspects of mental performance–not just attention.

Nootropic supplements for ADHD are in early research stages.

It’s important to remember that nootropics are not the same as ADHD drugs.

And, though these nootropics are well-tolerated, it’s a good idea to take them under your doctor’s direction. This is non-negotiable when it comes to children, whose developing brains may have special sensitivities.

Still, several promising, evidence-based options are available for those who wish to try nootropics for ADHD.

The clinical trials for these ADHD nootropics are limited to children, but they probably offer similar bio-activities and benefits for adult ADHD.

Out of many contenders researched, we now present our…

Fish oil might be today’s most popular “alternative” ADHD therapy. Its active ingredients are the omega-3 fatty acids EPA and DHA. Found in mother’s milk, DHA is the nutrient that helps the brain grow rapidly during childhood. But when it comes to ADHD, it seems EPA is more helpful.

One big review of several studies found that Omega-3 supplementation brought a “small but significant effect in improving ADHD symptoms.” Researchers noted that the Omega-3 supplements with a higher ratio of EPA to DHA seemed to be more effective for ADHD.

Fish oil is great for brain health, especially in childhood and old age, and its ADHD potential seems to add yet another dimension of cognitive support.

Tip: Fish oil can be hard to absorb into the brain. But research shows that absorption can be improved—and ADHD benefits enhanced—by taking fish oil in combination with our next nootropic, PS.

Found in all brain cell membranes, PS plays many key roles in keeping the brain healthy—culminating in nootropic benefits for razor-sharp memory.

PS may help with ADHD in several ways, but its influence on brain chemicals—including dopamine and norepinephrine—has attracted the interest of researchers.

Since PS is incredibly safe and well-tolerated, it also makes sense as a potential ADHD therapy for children, specifically.

One small, placebo-controlled study found that 200 mg of PS (soy-derived), taken every day for two months, significantly reduced ADHD symptoms while enhancing auditory memory. PS seemed to improve both the “AD” and “H” of ADHD, helping with inattention and hyperactivity.

Researchers couldn’t explain exactly why PS worked, but suggested it had to do with PS’s ability to increase stress resistance, improve memory signaling, and “activate”key neurotransmitters for attention.

Tip: Many PS supplements are made from soy… but soy products have been linked to ADHD. Look for non-soy PS instead, such as sunflower-derived PS.

Tyrosine is a “raw material” nutrient that is used to make both of the key catecholamine brain chemicals for attention: Dopamine (DA) and norepinephrine (NE).

Tyrosine is also closely tied to stress—which is key because even mild stress may trigger ADHD symptoms.

Tyrosine has not been studied for ADHD. But it makes our list because it is the most promising nootropic for raising dopamine and norepinephrine–working on similar pathways as ADHD drugs.

Tip: If you try Tyrosine for ADHD, be sure to buy Acetyl-L-Tyrosine–this form is by far the best for brain health.

Sleep problems are believed to be both a consequence of ADHD and a cause of ADHD. Overactive minds have trouble falling asleep and staying asleep, struggle to wake up, and may feel sleepy during the day.

L-Theanine may help. A remarkable nootropic, L-Theanine raises Alpha brain waves to instill feelings of “relaxed alertness” for better concentration, focus and productivity. All these effects could help people with ADHD. L-Theanine then builds upon these cognitive benefits with unique sleep support for ADHD sufferers.

One study found that in boys age 8-12 with diagnosed ADHD, taking 400 mg L-Theanine daily for six weeks improved aspects of sleep quality—leading research to suggest it could represent “a safe and important adjunctive therapy in childhood ADHD.”

Tip: Did you know caffeine may be good for ADHD? Caffeine in green tea, black tea, and matcha tea may be even better, because all these varieties also supply L-Theanine, too. 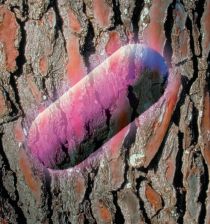 Pycnogenol has a strong reputation because it is backed by abundant research, with clinical studies supporting many of these whole-body benefits.

ADHD is an emerging area of research for Pycnogenol. One study found that 1 mg of Pycnogenol per kilogram of body weight, over a period of 4 weeks, seemed to ease many ADHD symptoms: It reduced hyperactivity, enhanced concentration, boosted attention, and improved hand-eye coordination. Researchers concluded that Pycnogenol may be an option as a “natural supplement to relieve ADHD symptoms of children.”

Researchers also noted that with Pycnogenol, less catecholamine brain chemicals—dopamine, norepinephrine, and epinephrine—were being excreted in urine. This led them to suggest Pycnogenol may affect how the body makes and uses these key brain chemicals for attention…

…which brings us back full-circle to the Catecholamine Hypothesis that may explain why ADHD happens and how nootropics might help.

Tip: Some will substitute grapeseed extract for Pycnogenol because it is cheaper and thought to have a similar antioxidant profile. But it hasn’t been clinically backed for ADHD like Pycnogenol has.

Natural nootropics are an exciting area of research because they appear to have the potential to help ADHD in many ways.

First and foremost, they help to restore dopamine and norepinephrine, the “attention brain chemicals” that are low in those with ADHD. In this way, nootropics may mimic the activities of ADHD drugs.

But nootropics do more. They also help with stress resistance and sleep patterns, addressing complicating concerns that are common in ADHD patients.

Finally, nootropics work on other pathways to boost brainpower where ADHD sufferers may need it most: Focus, attention, concentration and short-term memory.

ADHD is an incredibly complex condition that is poorly understood by the scientific community.

The Best 5 Nootropics in this article are backed by some fascinating and suggestive research, but are not yet proven when it comes to ADHD benefits.

However, all of them are clinically-backed for brain health and mental performance, and all are safe and gentle—presenting different options for those who want “attentive brain chemical balance” without the harsh side effects or concerns associated with some other therapies.

Editor’s Note: Our #1-ranked nootropic stack supplement supplies 3 out of these 5 nootropics for ADHD. The others, DHA and Pycnogenol, rarely appear in nootropic stacks.