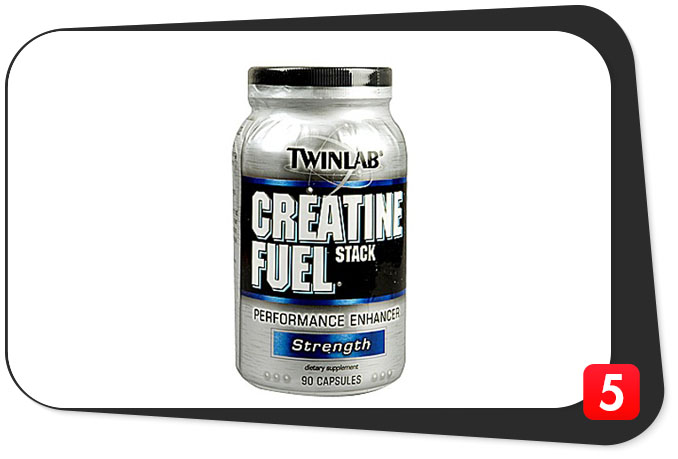 We take creatine mainly for gains but we know sometimes plain old creatine, while really effective, isn’t efficient. I mean, if you’re going to spend money on bulking supplements you better make sure your body uses them all up!

One of the best ways to improve creatine absorption is to increase cell volume and TWINLAB seems to have come up with a great supplement in the form of Creatine Fuel Stack.

Can Creatine Fuel Stack turn up the cell volume? Let’s go find out!

Creatine Fuel’s purpose is to simply expand cells and fuel muscle hypertrophy. There’s a whole science about cell volume and gains and it looks like TWINLAB capitalized on it so much they had to put that in their bottle. Formula notes:

Creatine Fuel Stack gets you pumped not to just to lift but to grow muscle.

We all know the pump but the kind of pump Creatine Fuel Stack gives you is the kind of pump your muscles needs to grow bigger. With a straight-to-the-point formula and proper dosing, TWINLAB might have just cracked a secret code. Let’s break down the ingredients in this formula:

Cell volume plays a crucial role in getting amino acids inside the cell. In fact, you can’t talk about cell volume without bringing up creatine as cell volume is its fundamental property.  Basically, an expanded cell signals the body it has grown and causes a boost in protein utilization and therefore leads to more gains.

TWINLAB Creatine Fuel Stack’s angle on this well-researched bodily function is pretty solid. Creatine first increases cell volume and only then can it proceed to its other perks so it’s not an understatement when we say supporting cell volume is a must if you ever want to efficiently make use of your creatine.

TWINLAB used Glutamine and Taurine to do just that and while a bigger dosage would’ve provided a boost performance and recovery, we think the dose we have here is sufficient in the context of cell volume.

We only have to question the way you’re supposed to use Creatine Fuel Stack. What we mean is the label says “PERFORMANCE ENHANCER” yet the directions are clearly for a post-workout. Which one is it? Why not both?

As a preworkout, we think you’ll feel the benefits of having a good boost in endurance and performance since you’ll feel like you have to lift once you down the capsules. As a post workout, we don’t doubt it’ll ignite the muscle building process and make you feel jacked after your workout.

Improved performance, endurance, and enhanced recovery. It might also make you feel pumped. It’s also encapsulated and made use of a micronized premium brand of creatine so you’ll feel it working within minutes. `

It depends on what they use it for. Both young and old would benefit from it as a preworkout but only the serious lifters will take advantage of it as a post workout.

The bloating should be reduced a lot here but sometimes your gut just hates creatine no matter how fancy it gets. Water retention is also an issue here but it should be one of those “good” side effects because it means it’s working.

Whether as a preworkout or postworkout, TWINLAB Creatine Fuel Stack is a bonafide creatine blend. The fact that it can function as two types of supplements tells us of its flexibility. Was it intentional or not? Doesn’t matter. What matters is it works and would be a good addition in any lifter’s lists of good stacks.