You are here: Home / Creatine / Optimum Nutrition Micronized Creatine Review – As Good As Creatine Can Get. 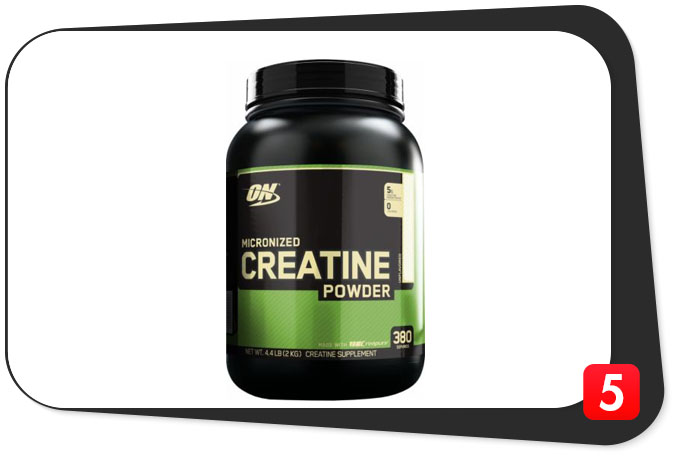 When you buy creatine supplements you usually imagine some smart blend capable of maximizing creatine’s potential but y’all gotta ask yourself: Can creatine stand on its own?

Optimum Nutrition thinks so with its Micronized Creatine Powder and if there’s any brand who knows their stuff it’s the peeps at ON.

Optimum Nutrition boasts of having 99.9% micronized pure creatine but will it make a difference? Let’s go check it out!

Look, creatine is creatine no matter how you look at it but ON Micronized Creatine seems to focus more on the form of creatine it offers. You know, selling the “I get absorbed faster = faster gains!” hype to creatine devotees. Well, ON’s got plenty of fans (myself included) so I won’t be surprised if no one questions their claims. Formula notes:

Creatine is creatine no matter how fancy it gets

The creatine industry is as saturated as table salt. No really, it is. Companies are running out of fresh new ideas to reinvent the wheel and the supplement industry has reinvented the same wheel over and over again for decades. We like the micronized approach but we’re not sure if it’s worth all the hype. Let’s break down the ingredients in this formula:

We love creatine so much you won’t find a single fitness buff to tell you otherwise. Creatine Monohydrate, on its own, is as straightforward and effective on its own. You only really have to worry about the purity or quality but ON took care of that by sourcing it from arguably the best creatine producer in the planet so kudos to that!

What’s the deal with being micronized, though?

Many people seem to think micronization makes you gain more than if you just took any ordinary creatine product but it’s not exactly the case. In fact, the only observable benefit it has is better solubility and reduced bloating as it’s easier absorbed.

Just because it’s easier absorbed doesn’t mean it gets to your muscles faster, though. It just means your creatine is skipping the long line by showing its VIP card to your gut’s bouncer.

The amount of creatine the body absorbs is dependent on your body, not the product itself, and even ordinary creatine is absorbed as much as its micronized counterpart but just at a slower rate. This slow rate of absorption is what causes the bloating we all hate so yeah, we love micronizing creatine but let’s not get ahead of ourselves and say it’s much better than plain creatine.

It gives what creatine is supposed to provide: Gains, Performance, Recovery, and that feeling of satisfaction knowing your training day just got better.

It’s for anyone. Newbies, fanatics, stack builders, you name it. The better question would be who WOULDN’T take it and you got me there. I mean, it’s creatine. It’s probably the most unconditionally loved ingredient in the fitness industry, kinda like the Gandhi of supplements. The micronized benefit might be for those who is eager to find a solution to their lumpy mix or want creatine minus the bloating even if they have to spend a tiny bit more.

The usual suspects include short term weight gain due to water retention and, even if it’s micronized, bloating especially when you take too much.

Optimum Nutrition Micronized Creatine is as good as any standalone premium creatine brands can get. Like we said, creatine is creatine micronized or not. It might be too normal for some but we think being plain and boring is better for long term. The only factor you should be worried about is the source and form and knowing ON, you’re in good hands.