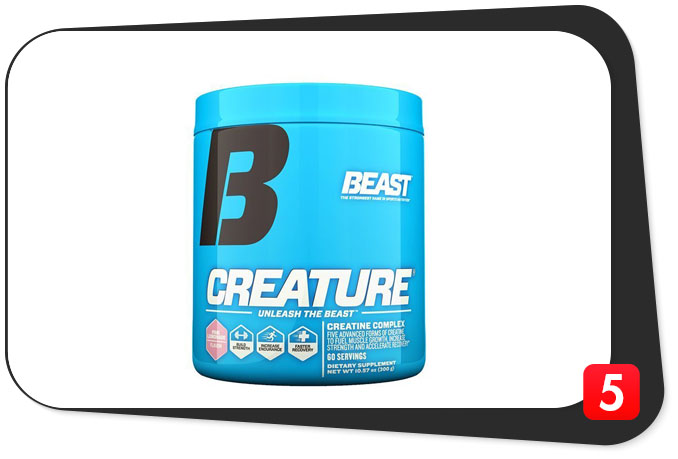 You can only do so much with creatine. You can offer it by itself or sell it as part of a preworkout. Either way, someone will always buy creatine powder. As a result, the industry is saturated with all sorts of brands. It’ll take a special boost to lift your name above the competition.

One of the best ways to get noticed? Make a premium formula… and that’s what BSN did with its Creature.

Will this Creature actually turn us into some sort of mad beast in the gym or is it just a fancy powder? In this review, we’re gonna find out!

The sell point of Creature is simple: Fill it up with the fanciest ingredients you can find! Just look at the ingredients list and you’ll look at it like a bunch of A-list stars cramped up in one mega blockbuster! I guess that explains the rather A-list price tag. Formula notes:

BSN Creature has some of the best ingredients, but may not be supported by proper dosing.

Sometimes an ingredients quality or purity can compensate for the low-dosage but a premium ingredient can only do so much. What we’re saying is BSN should’ve added a few more grams for their formula’s sake. Let’s break down the ingredients in this formula:

Beast Sports Nutrition (BSN) is a cool company, and has some other great-looking supplements for bodybuilders we will be covering in future B5 reviews.

BSN Creature really looks promising based on the quality of each ingredient they used, but there’s a chance it may be a little underdosed.

This supplement is bound to be good for users who are on the minimum daily creatine intake, which is two grams — but that only applies to people who weigh less than 200 lbs.

(And if they don’t weigh more than 200 lbs. then they’re not bulking right!)

Yeah, this guy is doing it right. With that kind of focus, he’s probably taking a kickass nootropic stack.

Anyway, we got a suspicion that the one-scoop a day in this supplement may not be quite as powerful as BSN says

Even if your product is quality, with pure creatine forms and all the absorption boosters necessary for maximum creatine uptake, dosage is still king.

BSN might have cut theirs a gram or two short. We’re not even sure if the dosage given is enough to make use of each form’s purported benefits.

But here’s the scoop, literally: It’s a freakin’ powder supplement.

Of course you don’t want that many scoops. Cause every scoop is like scooping out dimes, making each serving more expensive. My point is, even though the dosage may be on the low side, with a nice powder formula like this one, you can tailor it for whatever your goals may be.

You wanna unleash a beast?? Well this formula will help. Also it is worth pointing out that reviews online go bonkers for Creature flavors, which include citrus, pink lemonade, cherry limeade, BEAST PUNCH (whatever the heck that is), and more.

*Branded Advantages: OK, so I ripped a little on BSN Creature dosing. But the X-factor is, they use some premium creatine forms, as well as AstraGIN which is an absorption factor. SO, it is possible that even though it looks low on the dosage side, BSN Creature might effectively deliver MORE nutrition that at first glance — due to the bioavailability of its premium creatine forms and the presence of that absorption-booster.

Creatine is meant to provide a boost in performance and recovery and with five premium forms, I am pretty sure it makes good on these promises. Look for:

We think that as long as you combine it with the right workout regimen, protein powder, and other pre-workout supplements, BSN Creature will help you build muscle mass… and yes, it may even turn you into a beast. 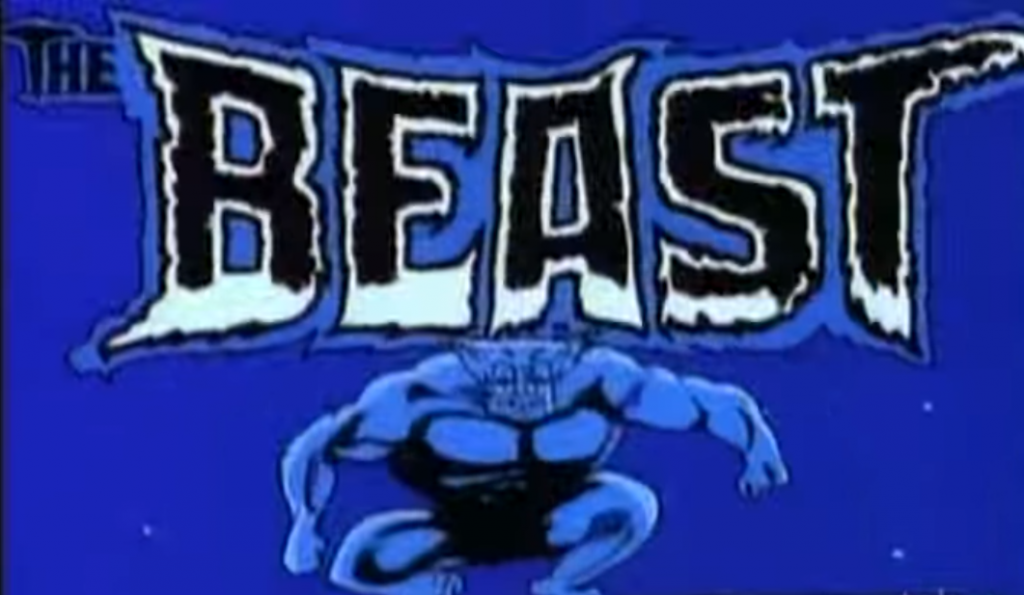 Is BEAST from X-Men the Beast BSN is trying to invoke? Well, the color scheme almost matches…

It’s definitely for users who want to buy a special blend or to try a premium alternative for their strength & conditioning stack. Not a supplement for newbies since the dose is too small for the “initial” intense loading phase. But then again, I can hardly call this a professional strength formula. Probably best for the workout buff who is somewhere in between a noob and a beast.

Despite all the big claims, you might still experience some form of bloating, but we’re almost sure it will be mild at worst.

The idea behind BSN Creature was to pump it up with premium creatine forms combined with premium boosters. We tip our hats to that formula strategy. It’s not a cheap product, but we think the premiums ingredients justify the price tag. The only issue we have here is dosage, which looks a little low. But by using top-shelf creatine forms not seen in many other products, BSN Creature might be so damn absorbable that even its smaller dosages yield bigger gains.