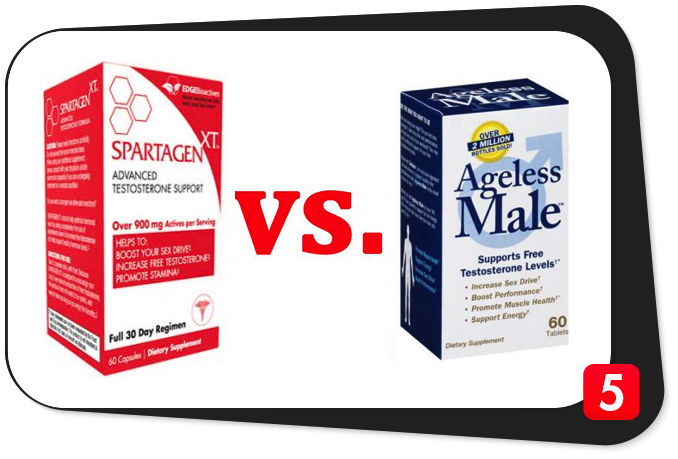 But, unfortunately, we have a special matchup tonight between Spartagen XT vs. Ageless Male. And what makes this matchup so special is that we won’t be watching these t-boosters fight each other. Rather, we’ll be watching them punch us in the face with their scam tactics.

Let’s see which one punches us in the face better:

But ya, that’s what you’re looking at here:

Sort of sounds like a pre-workout (PWO), right? Wrong-O, bud. Spartagen XT is a PWO, but not a pre-workout PWO. It’s a post-workout PWO—as in it replenishes your muscles & energy after the fact. This doesn’t necessarily mean you should take Spartagen XT immediately after a workout—you can supplement it in the mornings as well—but you can feel their benefits the best if your muscles are already torn up from hard physical exercise.

Por exemplo: zinc + magnesium + vitamin B6 (or ZMA, if you’re into the whole brevity thing) aids athletic performance only after you’ve sweated out your zinc + magnesium storages following an intense sweat-inducing workout.

Chrysin, on the other hand, doesn’t do shit, unless you inject it directly into your nuts. OUCH.

Which isn’t a bad duo of male enhancers:

In this sense, Ageless Male comes across as a simpler, more condensed version of Spartagen XT, replacing the herbs with a potent extract of fenugreek, which is actually a solid herb for your athletic bodybuilding types (or your athletic body… sexing types…? Find me & slap me).

Yet, despite supplying four perfectly fine ingredients, we’ve questioned whether or not Ageless Male is the worst T-booster of all-time due to reasons we’ll discuss in the following rounds (SPOILER ALERT: It’s not the worst. Not even close. But it’s also nowhere near the BEST for TEST).

With that in mind, we’ll take Spartagen XT’s formula over Ageless Male’s for doing what Ageless Male does but doing it more good–er, like, more better.

Its dosages are total bummer, dooood.

For instance, take a look at that magnesium. Just 16.88 mg?? Totally not chill, dood. That’s only 4% your DV, which barely qualifies as a supplement (it actually doesn’t qualify as a supplement*).

The zinc is sitting at a safe 15 mg, but when we compare this dosage to Spartagen XT’s Zinc (30 mg), that 15 mg is also looking totally not chill. Ditto with the vitamin B6 in these formulas. We’ll take the 300 mg of fenugreek, but we’d also take more—especially since that’s the only herb that Ageless Male is packing.

On the flipside, Spartagen XT’s use of prop blends is pretty shitty. Almost as shitty as supplying only 290 mg for 2 herbs.

Now, here’s why Ageless Male truly isn’t the worst t-booster of all time.

If you check out the quality of its vitamins & minerals, you’ll notice they’re not the best, but they’re pretty damn good. The zinc & magnesium are on point (although the manufacturer could upgrade them to citrate forms) and the vitamin B6 is workable (but P-5-P is better).

The same goes for Spartagen XT, except for the zinc, which is a step-down from Ageless Male’s Zinc. But with regard to both product’s herbal extracts, we’re seeing potent ass boosters across the board. For that, we’re marking this round down as a “Tie.”

No one wins. Because both of these manufacturers are pretty sleazy when it comes to an old-fashioned concept known as Ethics. Spend 30 seconds on Google and you’ll quickly see what we’re talking about: Autoship scams, unauthorized charges, over-complicated cancellation polices, etc. etc.

For how mid-to-low range these T-boosters are, yet how high they value themselves, we can’t say that either of these t-boosters are worth the investment. You could buy them through a third-party retailer (such as Amazon), but the price sky-rockets up to $125—which should serve as a huge RED flag as it’s a clear tactic to draw customers towards buying directly from the manufacturers.

Ultimately, the decision comes down to: Over which T-booster would you rather risk getting scammed?

If it weren’t for the weirdo tactics underlying their payment process, Spartagen XT would be a worthwhile t-booster. It has the t-boosts. It has the sex boosts. It has the vitamins & minerals. And it’s not outrageously priced—although, there are plenty other athletic T-boosters that do what Spartagen XT does, but better for more-or-less the same price.

In the Spartagen XT vs. Ageless Male fight, the winner by Majority Decision is… 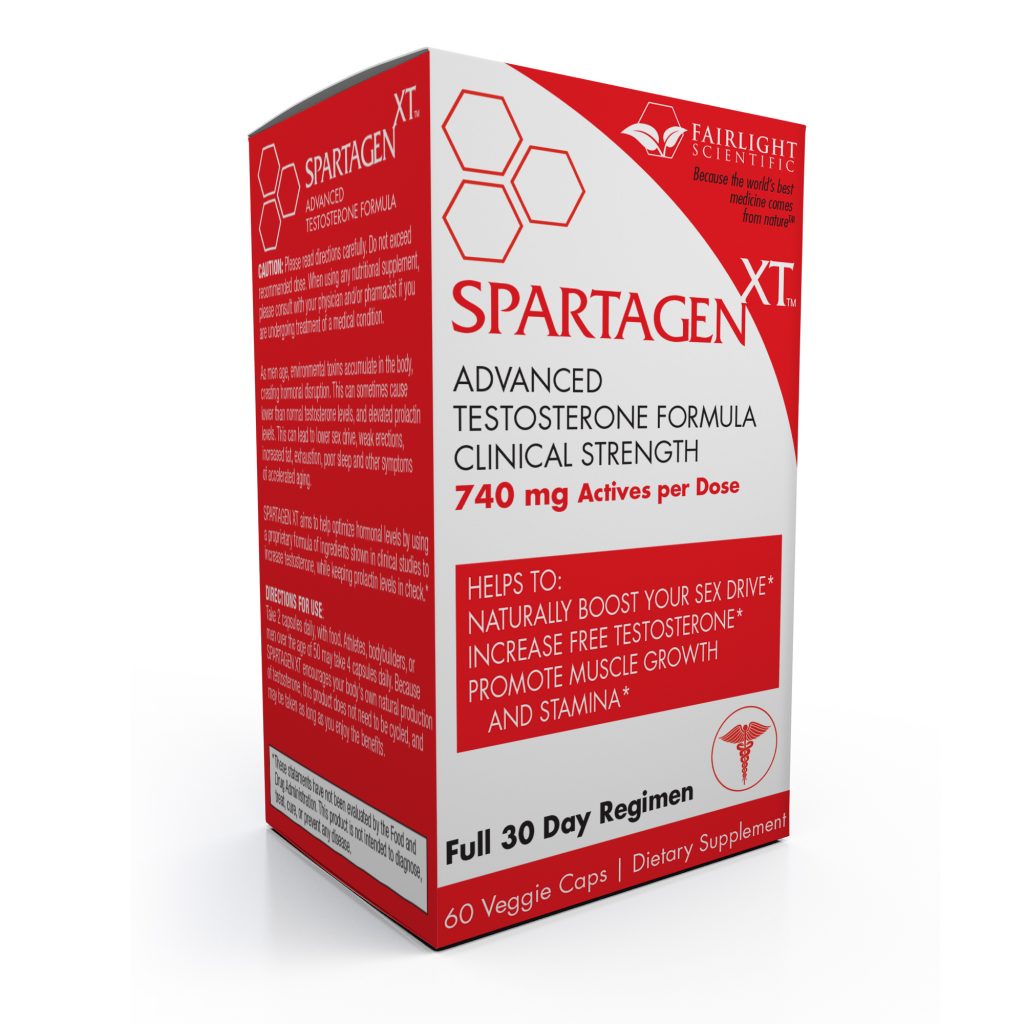