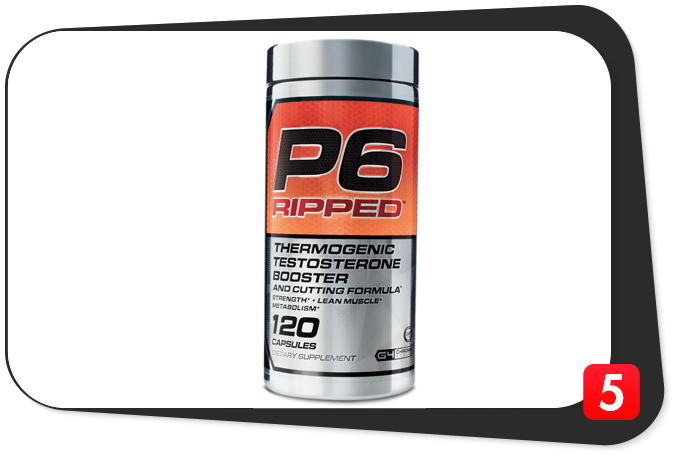 Being yoked is one thing.

Being ripped is another.

P6 Ripped opts for the latter, dismissing the git BIG mentality for a leaner, meaner, shredded approach to building body. It’s somewhat of an oxymoron: We’re trying to lose weight as we gain weight here, rapidly maximizing our muscle to fat ratio.

And how are we planning on doing this? With caffeine, my sweet baby. The most reliable energy stimulant on the 2017 market, in addition to a number of premium grade, proprietary masked herbal extracts and compounds.

Is this supplement worth the buzz or just another glorified caffeine pill? Read the review to find out.

P6 Ripped takes the get amped! caffeine approach to male energy and metabolism, placing the BIG dogg boosters by the wayside, with exception to the formula’s only vitamin:

The testosterone boosting proprietary blend provides 950 mg to cover five ingredients, allowing for a potential average 190 mg per ingredient. Multiply that by two for P6 Ripped’s two servings daily directive and you have yourself a fairly decent daily dosage here. It’s just too bad we can’t see each individual dosage.

However, here’s what we can see:

Ashwagandha (as KSM-66) – Supplemented for strength, recovery, and relaxation, this Ayurvedic adaptogen naturally supports testosterone status while enhancing cognition and mood via anxiety reduction. The KSM-66 brand has been researched to boost test by 17%.

Tribulus Alatus Extract – Tribulus terrestris, one of the most popular natural testosterone boosters, does not seem to actually boost testosterone. Tribulus alatus, on the other hand, shows slightly more promise in benefiting male hormones for its enhanced bio-active constituents. 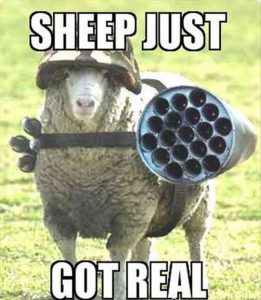 Ovine placenta is a hell of a drug

The fat burning proprietary blend provides 315 mg for three ingredients, of which caffeine absorbs 150 mg, allowing for a potential average 82.5 mg per ingredient for the remaining two ingredients. Again, would’ve been better to actual see the dosages, but this could be much worse.

Extended Release Caffeine Blend (as ZümXR®) – The zümXR brand of caffeine promises “a four to five-hours sustained release profile” to eliminate the caffeine crash, despite any clinical evidence to support this. Sustained release or no, caffeine earned a top spot on our BIG List of Fat Burners for its reliable thermogenic benefits on weight loss and appetite control. Cellucor P6 Ripped provides 150 mg caffeine per serving for 300 mg daily.

P6 Ripped takes the extreme weight loss + weight gain approach to  bodybuilding (i.e., cutting), yet forgets to adhere to this philosophy in its formulation. With its 120 colored, additive-filled capsules, P6 Ripped is bloated with crap, not leaving enough room for the ergogenic ingredients that matter.

And of the ingredients that P6 Ripped does provide, only a few accomplish this product’s goals by clinical standards:

The remaining ingredients: Ovine Placenta, Agaricus bisporus, Stinging Nettle, and Coleus forskohlii — may work for other aspects of male health, but they’re not our first choices for boosting testosterone, strength, and performance.

Not that a supplement can’t have auxiliary ingredients to cover the more fringe elements of male health and performance. But Cellucor has a bad habit of including too many of these ingredient types in their products, a questionable move considering their supplements’ dosage masking proprietary statuses.

Not that any of P6 Ripped’s ingredients are bad by any means. But if we’re expected to pay top dollar for this testosterone boosting fat burner, we damn well better get top dollar ingredients.

In reality, P6 Ripped might increase strength and muscle mass, and it might improve your fat metabolism, however you might do better by investing in a cheaper, more effective test boosting supplement and stacking it with cayenne and a cup of coffee.

Bodybuilding Caffeine Junkies. Not that you should stack this supplement with an already caffeinated diet, but men and women who enjoy a caffeine boost to their supplement intake may get a kick out of P6 Ripped. The 150 mg isn’t a major caffeine dosage, yet it’s enough to get your juices flowing.* (*This is an ironic claim: Caffeine is a vasoconstrictor.)

None reported. In fact, the few Amazon customer reviews suggest no effects with this testosterone booster. No effects are certainly better than side effects — however, we recommend caution if you’re sensitive to caffeine or already consuming a decent amount of caffeine in your daily diet.

Other than that, this product seems generally safe for long-term use.

The P6 Ripped Review conclusion: Does P6 Ripped work? Maybe, but probably not. So, should you buy it? Probably not, but maybe. If you’re a Cellucor supplement fan, go for it: Enough of P6 Ripped’s ingredients are shared by other P6 products, and if those have worked for you, then this one might be worth a try. Believe it or not, this is one of the cheaper P6 supplements, so this might actually be your starting point with Cellucor (or a complete dead end).