You are here: Home / Testosterone Boosters / Nugenix vs. Test X180 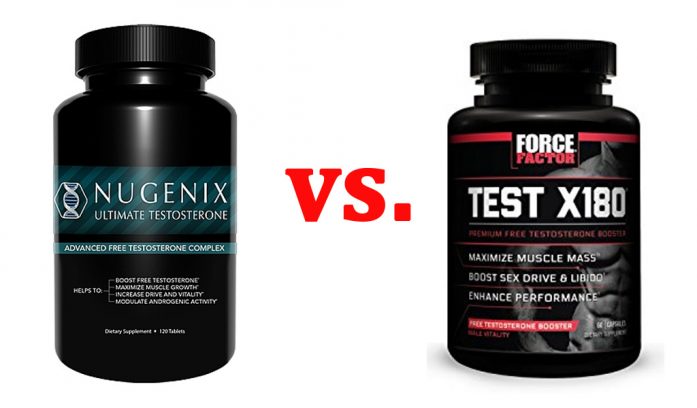 What’s more important to you?

Obviously, you’re going to go with whichever age demographic you fall under–however, let us put it in perspective: 18 – 30 year olds are in their T-prime. They don’t necessarily need T-boosters. Conversely, older men have less and less T with each year.

So, when you get down to it: Which formula would you rather see succeed?

There’s very little overlap between these two formulas. Why not we all just get along and take BOTH T-boosters, eh?

Nah… Let’s see these bastards duke it out.

No science. No deal.

Nugenix’s tightly-designed formula eschews all the B.S. and sticks with only real deal T-boosters that are backed by clinical evidence (i.e. SCIENCE!). Point in case: Three of its eight ingredients can be found topping our BIG LIST of T-Boosters (D-Aspartic, Mucuna Pruriens, Boron)—with one of them ranking at number 1: D-Aspartic Acid.

So, from the get-go, you can safely say that Nugenix is a T-booster that works.

And this seems to be the case with most T-boosters aimed at relieving age-related T-decline: Older men are most likely to benefit from increasing T, so it makes sense to go for a formula geared towards their needs.

It has only one of our Top 5 boosters (Vitamin D) and its other ingredients range from working (Fenugreek, B6) to maybe working (Ginseng, Cordyceps) to not doing nothing for T (Tribulus, B12).

Yet, the major concern we have with this formula isn’t what’s in the formula, but rather how the formula is being sold. And according to a lot of reports, Focus Factor is scamming its consumer base with Test X180:

If Test X180 had an amazing T-raising formula, then we’d recommend seeking it out from a reputable source. But it’s not that great (especially not to the degree of Nugenix’s greatness) and thus not worth the risk.

Nugenix spends more milligrams on single ingredients than Test X180 allots for the 5 herbs in its proprietary blend.

That’s 2 strikes already against Test X180 in this round:

Typically, some benefit of the doubt remains for prop blend formula—technically, it’s still viable that the specific blend of extracts works or synergizes in a way that boosts T. But, even the ingredients that do have their individual dosages labelled don’t have enough (200 IU for Vitamin D?).

That’s Strike 3 against Test X180, whereas Nugenix just hits it out of the park first pitch (Baseball metaphors in a boxing themed article? What the hell is the matter with us…).

Both Nugenix & Test X180 deliver in this department:

Not too much more and less than Test X180, but enough to give Nugenix another round win.

We’re giving Test X180 round 4 with a heavy dose of irony:

“Price” is actually one of the highest complaining points of this formula considering the amount of users who have been hit with fraudulent charges by Force Factor.

Yet, sure, if you manage to get your hands on a Test X180 bottle without having to fill out a subscription or hand over credit card info, then Test X180 is cheaper than Nugenix.

Unfortunately, it’s also cheaper in its T-boosting as well, especially when compared to Nugenix’s rich, varied sources of testosterone-raising goodness.

We almost feel as if this wasn’t a fair match-up. After all, Nugenix nearly dethroned the leader in T-booster in a separate T-booster vs. T-booster fight. Even if Test X180 fixed its dosage situation and upped the ingredient qualities across the board, it’d still lose to Nugenix.

Nugenix is just that sweet of a formula.

Test X180 is decent… but, come on… you deserve better than that.

In the Nugenix vs. Test X180 fight, the winner by Split Decision is… 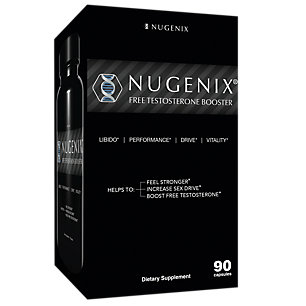