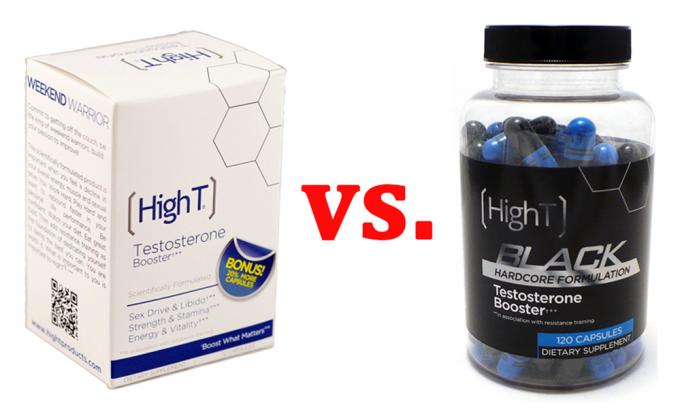 And we think we’ve finally figured it out:

But just when we get it, High T BLACK shows up… a dark horse test-booster 2.0 named our #5 Best Test-Booster for 2016 because of its versatility for manliness beyond T.

Black is obviously an upgrade here, and HighT is overmatched before the bell, but… OH SNAP! They’re fighting anyway…

HighT & HighT Black share the same base of T-boosters & vitamins, including Zinc—the only Best5 T-Booster in this formula. Instead of heavy T dawgs such as D-Aspartic Acid, Mucuna pruriens, or even a little Vitamin D,  HighT opts for Fenugreek and two T-trusty sidekicks Eurycoma Longifolia (a.k.a. Longjack) & Rhodiola Rosea.

While we generally prefer the heavy hitters, we have no problem with this trio as it not only covers moderate T-boosts, but it also incorporates anti-stress support with a lot of sex/libido enhancement.

Additionally, as a nitric oxide booster, Arginine-Alphaketoglutarate (A-AKG) fits into the formula’s performance-enhancing scheme well for providing a PWO edge on circulation, facilitating both muscle strength in the gym & erections in the bed.

Yet, HighT Black takes this impressive formula design even further with a stout layer of upgrades including:

Note that none of these necessarily enhance T (Tribulus comes closest for indirectly helping T precursors) and that overall the HighT design seems to emphasize sex-enhancements & PWO performance over T-boosts. But for the older male & the casual gym-goer, HighT seems to offer the appropriate range of results.

Yet, while HighT Black took what’s gud from the OG HighT formula, it also maintains HighT’s shortcomings as well—the worst is that gersh dern Proprietary Blend.

Or rather Proprietary Blends, emphasis on the “s” because we’re dealing with two proprietary blends now in HighT Black’s formula. Let’s break them down first:

While the blend dosages range from adequate to awesome, respectively, the vitamins need some work—particularly that Zinc, which is at a dafuhhh low dosage of 1.5 mg… This is offensive & borderline scammy, considering that Zinc can and should be supplemented somewhere upwards of 25-30 mg.

Even the B6 & B12 dosages could be increased, despite their seemingly high % DV numbers.

Based on the shared ingredients between HighT & HighT Black, the formulas are even keel… Yet, HighT Black’s impressive NO3X dosage does a lot for the HighT brand.

The only vitamin offered in a quality form is the Zinc Chelate, which somewhat helps that low dosage… somewhat.

Again, HighT & HighT Black look the same until the latter throws in more qualified ingredients into the formula…

HighT is cheaper than HighT Black simply because it offers fewer ingredients.

The fact that HighT Black doubles down on its serving size says it all, indicating that you’re actually getting more for your buck with Black than the original formula.

Admittedly, as a T-booster, the HighT base formula leaves a lot to be desired: Fenugreek after all isn’t the best T-booster, even if it’s divided into two awesome standards. And whatever simple T-boosting potential that HighT’s vitamins had is diminished by their poor dosages & forms… which is slightly odd & unfortunate.

Even so, as a T-booster that also boosts libido & performance, HighT works well.

And, in the end, HighT Black works even weller.

Hardcore bodybuilders looking for massive test gains can do better than both, but for the recreational gym bros, bench thugs, & older gents, HighT Black has you all covered.

In High T vs. High T Black, the winner by SPLIT Decision is… 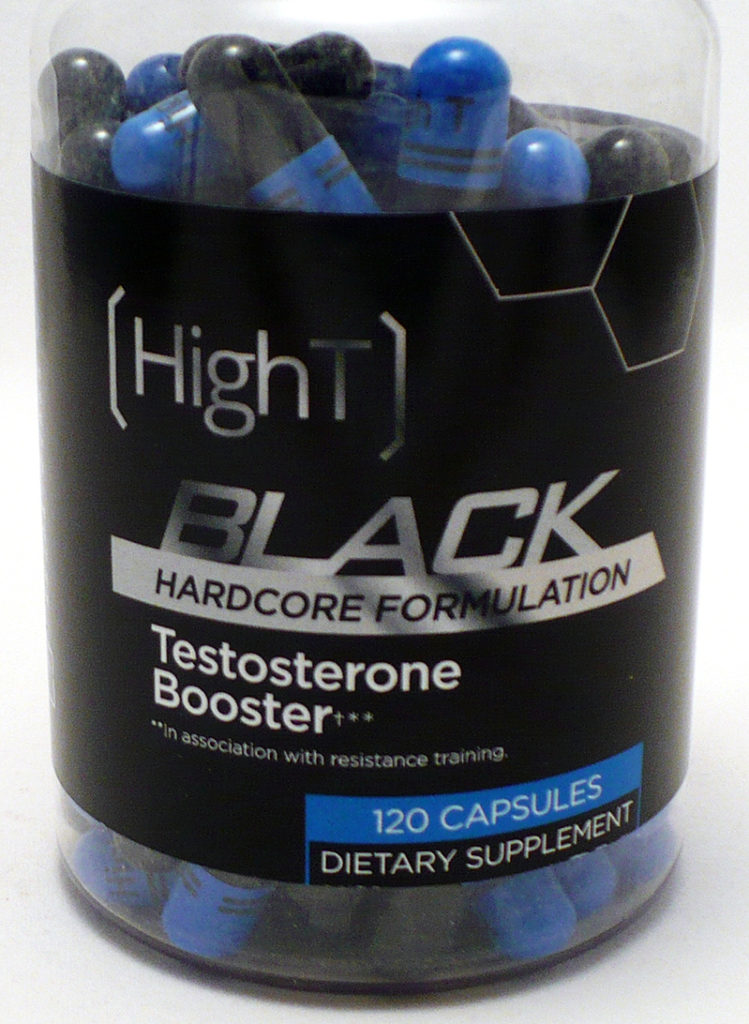