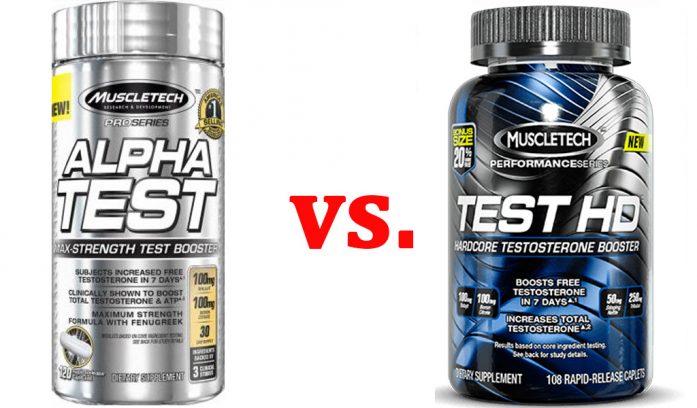 Only to show up to another man wearing the same fly ass suit.

Alpha Test & Test HD enter this party sporting the same fly ass formula, plus or minus a few minor differences. Now they have to fight to answer the true question: Which T-booster is the bigger man underneath all the fly ass clothing?

We’re talking 6 ingredients tight, and none of them are here without reason.

Let’s start with our two B5 Favorites:

Aside from the minerals, you also have Fenugreek & Shilajit—two well-researched botanicals with demonstrated T-boosting benefits. This duo coupled with Tribulus, which isn’t a T-booster so much as a sex-enhancer, creates a powerful, multi-dimensional stack of anabolic bodybuilder boosts for optimized performance in the gym & in the bed.

Diindolylmethane (sourced from Broccoli), on the other hand, is an iffy ingredient. Theoretically, DIM seems to help T levels by inhibiting aromatase—the enzyme responsible for converting T to estrogen. But this effect has largely been observed in older women. Not men. What’s more, some research actually suggests of decreases in T under certain circumstances.

Test HD is practically the same formula as Alpha Test—just swap out the Fenugreek for Stinging Nettle, Mucuna Pruriens, & Calcium.

Was this a smart move on Test HD’s side? Check it:

Calcium, however, has us scratching our heads a little bit. Sure, it’s solid for bones & all that, but it competes with Zinc for absorption—thus diminishing Zinc’s overall bio-activity in this formula.

There’s really no reason to put Zinc & Calcium in the same formula—especially if the formula’s primary intent is to boost T.

In conclusion, Test HD notches in another top T-booster (Mucuna Pruriens) over Alpha Test, yet diminished the effects of Zinc—which is a bad idea, mmkay. All-in-all, this makes Alpha Test & Test HD practically even-steven in this round.

The first thing to be grateful for here: No prop blends, baby.

We can see all the ingredient dosages, which, considering the similarities between both formulas, the dosages might actually bear the most importance in this match-up in terms of which T-booster is more effective.

And when we look at the dosages between these boosters, the term “even-steven” comes back to mind again: Because all of the shared ingredients in these formulas also share dosages.

Yet, the ingredients that are unique to the formulas greatly differ:

If we didn’t know better, it almost seems like one of these T-boosters was modeled after the other (after all, they’re manufactured by the same company: MuscleTech).

For the ingredients shared, there’s absolutely zero difference in terms of ingredient quality. However, the effort Alpha Test puts into its Fenugreek seems to outweigh the quality of Test HD’s Stinging Nettle & Mucuna Pruriens again:

Perhaps if those extracts were better defined, we could see how awesome they are. But MuscleTech doesn’t define them, thus causing another loss for Test HD in this match-up.

Test HD’s “Price Per Serving” is higher, but it also supplies 45 days-worth of servings versus Alpha Test’s 30-day supply.

One that’s just slightly better than the other.

The other that’s just slightly cheaper than the one.

Honestly, either way you go, you’re going to boost T. There are too many shared ingredients, dosages, extracts, etc. etc. to outright call one formula “superior” over the other. If you have to, go for the cheaper one (Test HD). Or you’ve been contemplating Fenugreek for awhile, try out Alpha Test.

Ultimately, it doesn’t really matter who you chose: MuscleTech wins regardless.

In the Alpha Test vs. Test HD fight, the winner by Majority Decision is… 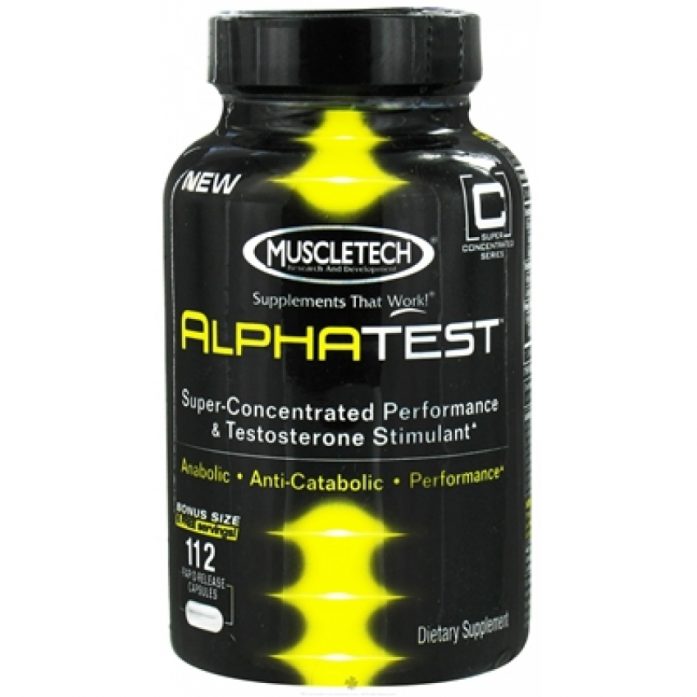