Tossing and turning in bed at night can be a drag.

Trust us, we’ve heard far too many horror stories about sleeplessness.

The root cause: anxiety.

If your mind is going 100 miles per hour at night, don’t expect to sleep like a baby.

On that note, we’re confident 360CUT 360DREAMS can help turn things around – its ingredients can help quell your bedtime anxiety for good.

If you’re into bodybuilding, you know cranking out those reps at the gym is hard work.

Well, training is just one part of the equation.

You may be establishing PRs in your bench press and squats, eating right, and supplementing smart, but if you don’t sleep enough, your efforts will go down the drain.

Just so you know, your body secretes human growth hormone (HGH) during sleep.

Bottom line: get your eight hours of sleep every night, folks.

You can choose from a variety of sleep support supplements we’ve reviewed previously. A good number of them will make you count sheep, for sure.

“A restless night can do more than affect your dreams – it can undo all the hard work you’ve done in the gym,” per the manufacturer’s official website.

“360DREAMS can help you fall asleep naturally, sleep soundly, and wake re-energized – all to give your body the best chance to recover from today’s hard work while building strength for tomorrow,” per 360 CUT’s website.

We love this description – we feel it captures the true essence of a sleep and recovery bodybuilding supplement. 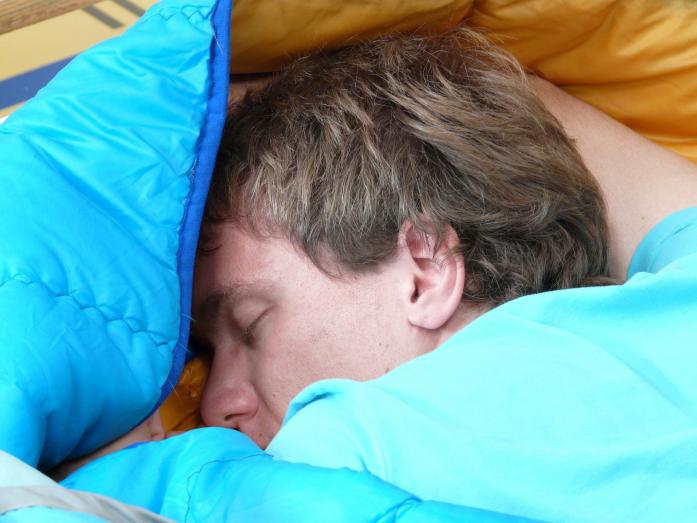 Most of 360 Cut 360DREAMS’ six key ingredients are staples among sleep and recovery supplements.

We said “most” – there is one ingredient which has flown under the radar.

We’ll keep you in suspense for now, folks.

The first key component is 1,000 milligrams of valerian root extract per four-capsule serving.

This is “a perennial herb that has been used for centuries to promote a sense of calm and relaxation, supporting restful, restorative nighttime sleep without any morning-after sleepiness,” per the manufacturer’s official website.

We agree 100 percent – valerian root extract should help quell anxiety and put you at ease before bedtime. This sets the stage for a refreshing night’s rest.

Experts trace this ingredient’s powerful sedative effect to its ability to ramp up GABA levels (another key ingredient of 360 CUT 360DREAMS).

It easily trumps the likes of Core Nutritionals Core ZZZ (which has “only” 500 milligrams of valerian root extract per serving).

We’re confident an impressive 1,000 milligrams per serving of this powerful sedative will put you to sleep in no time.

Next up is 100 milligrams of GABA (gamma-aminobutyric acid) per serving.

GABA is a nootropic which helps neutralize the effects of excitatory neurotransmitters. High levels of the latter may result in anxiety, irritability, or sleeplessness.

This ingredient “counteracts the natural decrease of the GABA production at times of stress or anxiety, resulting in a relaxing, calming state conducive to sleep,” per 360 CUT’s website.

That’s music to any bodybuilder’s ears.

This supplement’s third key ingredient is 250 milligrams of l-theanine per serving.

This amino acid is a natural ingredient found in green tea.

It “promotes relaxation, supports healthy cardiovascular function, and has been shown to support deeper relaxation and a faster transition into restorative REM sleep,” per the manufacturer’s official website.

We’re not going to argue with that, folks.

Check out its other benefits:

So, if you mistakenly took a pre-workout supplement too close to bedtime (a big no-no), supplementing with l-theanine should help.

We also love the one-two punch of valerian root extract and l-theanine – it should help increase your GABA levels like no other.

Expect to sleep like a baby. No doubt about it.

Two hundred fifty milligrams of l-theanine per serving should do the trick.

According to a study published in Asia Pacific Journal of Clinical Nutrition in 2008 (via NCBI.NLM.NIH.gov), “L-theanine significantly increases activity in the alpha frequency band which indicates that it relaxes the mind without inducing drowsiness. However, this effect has only been established at higher doses than that typically found in a cup of black tea (approximately 20 mg).”

Well, this is the ingredient which we earlier said flew under the radar – it’s one of the rarest sleep support ingredients we’ve stumbled upon.

“Picamilon is a potent compound that has been used to enhanced mood, improve focus, reduce stress, anxiety, and irritability; and promote relaxation without unwanted lethargy,” per 360 CUT’s official website.

Simply put, this ingredient is a combination of vitamin B3 (niacin) and GABA.

The result: picamilon crosses the blood-brain barrier easily. You can feel its effects kick in fast.

You know what happens next – a calm sensation which should help put you to sleep.

There’s no question 300 milligrams of picamilon per serving will produce sensational results, folks.

The good news: picamilon has no major side effects.

We like this components potential as a staple sleep support supplement ingredient – its ability to quell anxiety at a fast rate should make it a hit among customers.

Phenibut is a nootropic and GABA derivative which can cross the blood-brain barrier.

It “is commonly used to treat stress, tension, and anxiety and has been shown to elevate mood and encourage sleep and mild relaxation,” per the manufacturer’s website.

Just know this: phenibut is not a common sleep support supplement ingredient. It may produce hangovers and headaches.

Just the same, please dwell on the safe side and consult your physician before taking phenibut (500 milligrams per serving may be a bit high).

This “is a natural amino acid that works to support the production of serotonin, which plays a key role in regulating mood, appetite, body temperature, sleep, and hormone production,” per the product’s official website.

This ingredient is merely icing on the cake, folks – 360 CUT 360DREAMS’ ingredients should help annihilate bedtime anxiety for good.

We like how this supplement nips the issue in the bud. Anxiety is one of the root causes of sleeplessness.

When you do away with this, you will sleep better than ever.

On that note, 360 CUT 360DREAMS is a tremendous asset in your bodybuilding journey and overall quality of life.

After a thorough analysis, we say that claim is legit.

Like we said, anxiety will make you toss and turn at night. This supplement helps solve that problem for good.

For starters, 1,000 milligrams of valerian root extract per four-capsule serving – one of the highest levels we’ve seen among sleep products – should help ramp up your GABA levels considerably.

How about 250 milligrams of l-theanine per serving to help increase it even more?

If you feel doubtful about GABA’s ability to cross the blood-brain barrier, 300 milligrams of picamilon per serving are here to the rescue.

With this component, you will fall asleep faster. Guaranteed.

Five hundred milligrams of phenibut per serving can also cross the brain-blood barrier for better results.

We also love the inclusion of 25 milligrams of 5-HTP per serving to ramp up serotonin levels.

If you pay close attention, most of 360 CUT 360 DREAMS’ ingredients have ties to GABA.

Is that a good thing?

GABA is a time-tested amino acid ingredient, folks. You can never go wrong with it. Expect to sleep like a baby when you consume 360 CUT 360 DREAMS.

We also give the manufacturer props for excellent transparency – it reveals all of the ingredient amounts.

No shady proprietary blends, either. Bravo.

The inclusion of 500 milligrams of phenibut per serving is a bit concerning. We already pointed out some experts claim it may cause headaches and hangovers.

If crossing the blood-brain barrier is the manufacturer’s concern, it could have stuck to picamilon instead.

Some experts have linked this artificial food coloring to several side effects.

Finally, this supplement doesn’t enjoy the stellar reputation of competitors. Now’s the time to give it some recognition.

Despite its flaws, 360 CUT 360 DREAMS should help quell your bedtime anxiety for good.

360 CUT 360DREAMS has the following benefits, per its official website:

We agree with these claims. 360 CUT 360DREAMS should help improve your sleep quality and achieve your fitness goals over the long haul.

The manufacturer intended 360 CUT 360DREAMS for healthy and active individuals who are at least 18 years of age who want to improve sleep quality, lower stress levels, achieve their fitness goals, and improve their overall quality of life.

360 CUT 360DREAMS contains picamilon – an ingredient which has vitamin B3 (niacin). The latter may cause “niacin flush,” a burning or tingling sensation in the face and neck regions.

This supplement also has phenibut, a component which may cause headaches and hangovers.

Finally, it also has FD&C Blue No. 1, an artificial food coloring which has certain side effects.

If these, or any other ingredient, make you feel doubtful, please consult your physician before purchasing.

If you’ve been tossing and turning in bed due to anxiety, we’ve got great news.

This product’s impressive ingredient profile will help quell your anxiety and improve your sleep quality. Believe it.

It’s not a perfect product, but it’s worth a shot.

We recommend you buy 360 CUT 360DREAMS. Because of its possible side effects, please proceed with caution.