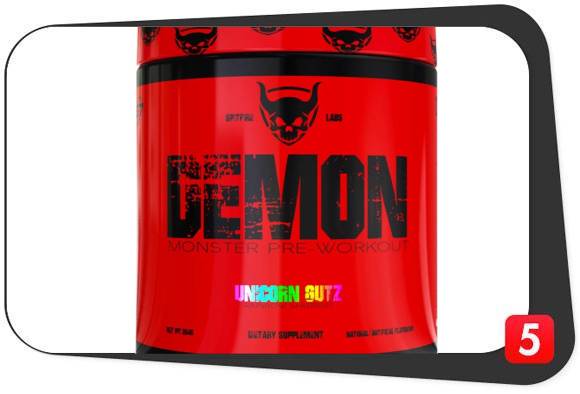 Athletes choose their pre-workouts carefully. Most of us are fiercely loyal to a brand that we know works. But what if there’s something better out there? With more and more research pouring in to supplements, it’s only logical that they get better.

A new competitor has entered the game – Spitfire Labs. They’re ready to challenge the idea that your tried-and-true might not be the best.

But are they correct? Let’s learn all about their new pre-workout, from the ingredient list to side effects, and take a closer look.

Spitfire Labs Demon comes from an entirely fresh brand. We’re not even sure they have their own website. Based in stimulants, this pre-workout is designed to elevate energy for the ideal workout.

According to their company, Demon pre-workout serves up a muscle pump and nootropic effects as well. They claim ingredients that improve memory, learning, and higher thinking.

However, the brand itself has only released one product so far (this one), so it’s hard to comment on their history. It’s currently being sold by the third-party online store, A1 supplements.

Also known as niacin, vitamin B3 plays a role in many regular body processes. However, pre-workout supplements include it for its effects as a vasodilator. By creating more space, niacin allows smoother blood flow, reaching hard-working muscles more easily. As such, it’s also known to make your skin flush. This can be an uncomfortable result from too much niacin.

B6 helps create important brain chemicals and promotes red blood cell formation. Vitamin B6 is the rate-limiting factor in forming serotonin, GABA, dopamine, melatonin and norepinephrine. Its ability to make dietary iron more available helps oxygen transport. (Hemoglobin, the protein responsible for carrying oxygen, is made from iron). With more red blood cells and better neurotransmitters, your workouts will improve.

In addition to increasing red blood cell count, vitamin B12 keeps your nervous system running smoothly. Its most important role in a pre-workout, however, it that of metabolic regulator. Fatty acid metabolism relies heavily on vitamin B12, and you literally can’t create energy without it.

Citrulline, an amino acid, is a precursor to arginine. Arginine raises nitric oxide production, which in turn increases blood flow. Basically it’s the key to unlocking a long line of processes for oxygen distribution to the muscle. Arginine isn’t absorbed well during digestion, so taking citrulline is a vital work-around. Adding a salt like malate increases its bioavailability even more, especially at 6 grams.

Beta alanine is the beta version of the alpha amino acid alanine. Its specific chemical structure helps it form carnosine by combining with histidine. Elevated muscle carnosine levels are associated with increased time to fatigue and better lactic acid tolerance. Its pH buffering qualities make it ideal during a workout, and beta alanine is the rate-limiting ingredient.

While beta alanine supplementation can increase carnosine levels up to 14%, it requires at least four weeks of loading. Unfortunately, one dose of pre-workout isn’t going to make you unstoppable in the next hour.

Tyrosine also has anti-anxiety benefits. Studies show that dietary supplementation of tyrosine mitigates response to shock in rats. Researchers found it prevented the depletion of norepinephrine through dopamine, allowing for a beneficial stress response.

If tyrosine-enriched rats were able to navigate a maze with more efficiency, what could it do for your workout?

Alpha GPC is another name for choline alfoscerate. By including choline, you add a vital nutrient to your diet – particularly for neuromuscular function. Choline is one half of acetylcholine, a neurotransmitter found in between neurons and muscles. Its presence aids in muscle contraction, so without it, your workouts will suffer. While most adults get enough choline, some studies suggest supplementation could be beneficial during endurance activity.

L-theanine maintains calm during high stress. When combined with stimulants, it elevates focus, keeping energy levels from getting too high to function. It works by increasing levels of GABA, serotonin, and dopamine to relax the nervous system. Studies show that combining it with caffeine improves attention, but that was with a 2:1 theanine to stimulant ration.

Most of us understand how caffeine affects energy. It’s an effective stimulant and one of the most proven pre-workout supplements for performance. Caffeine anhydrous is a dried out, concentrated version. Research suggests around 6 mg/kg for sports performance, varying anywhere from 3-9mg/kg.

Again, we find a coffee element. According to the company that makes NeuroFactor, the polyphenols in their product contribute to Brain-Derived Neurotrophic Factor. This protein develops neurons and keeps them healthy against generative conditions. Some independent studies have confirmed this stimulant has added brain benefits, but there’s not a ton of research.

S7 is a FutureCeuticals creation with seven plant-based ingredients – green coffee bean extract, green tea extract, turmeric extract, tart cherry, blueberry, broccoli, and kale. Their website claims the combination increases NO production. However, no independent studies have tested this claim. One study actually shows they reduce the effects of nitric oxide. Otherwise, green tea extract is a fat burner. Turmeric helps mitigate pain and inflammation. Tart cherry helps with sleep, and the other ingredients are antioxidants.

BioPerine is a brand name for black pepper extract. By containing piperine, this extract elevates the absorption of other ingredients within this supplement. 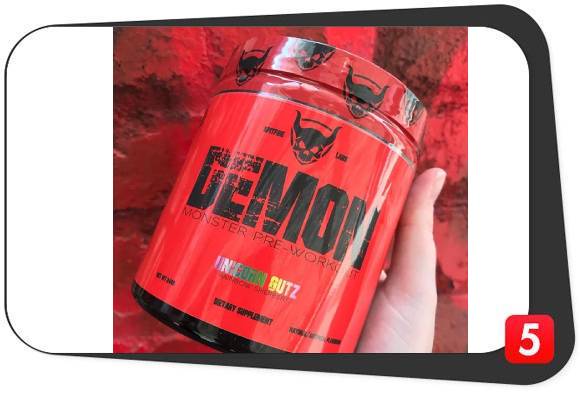 Demon pre-Workout from Spitfire Labs absolutely stimulates. With almost 1000mg of caffeine (through various forms), it’s definitely on the high end of recommended caffeine intake for performance. You’d have to weigh between 100 and 330kg for the dose in Demon to be appropriate, and that’s if you have a strong tolerance. Most will experience jitters at this level. I imagine they included theanine to counteract this effect, but there’s simply not enough of it.

On the other hand, the addition of citrulline malate fits perfectly. It combines with niacin to stimulate blood flow, yet niacin tends to cause negative side effects. N-Acetyl L-Tyrosine and Alpha GPC combine to enhance neurotransmitter function. Tyrosine is truly effective for pre-workout focus, and Alpha GPC only works for endurance. Unless you have a choline deficiency.

While the ingredients in S7 benefit various areas of health, none of them are heavily evidence-based performance enhancers. Antioxidants and turmeric, however, can help you recover from the stress of exercise. So maybe they’re better post-workout ingredients. Finally, beta alanine only works with extended supplementation. You’ll have to take Demon every day for a month before experiencing those benefits.

Hard to say, really, as it’s so new. But they’re offering buy one get one free at the moment, so I imagine that’s pretty popular.

Any Spitfire Labs Demon Side Effects?

Various side effects associated with ingredients in Demon pre-workout include:

While it’s not the best pre-workout, it’s not the worst either. It only includes one stimulant, caffeine, so that’s a positive.

However, the levels of caffeine will be too high for many to train comfortably. It also includes beta alanine and niacin, which cause negative side effects in some.

For those on a budget, it should work fine. For others, a little patience and research will get you something better.