You are here: Home / Pre-Workout / Bucked Up Review – Shotgun Blast of PWOs for Pumps & Performance 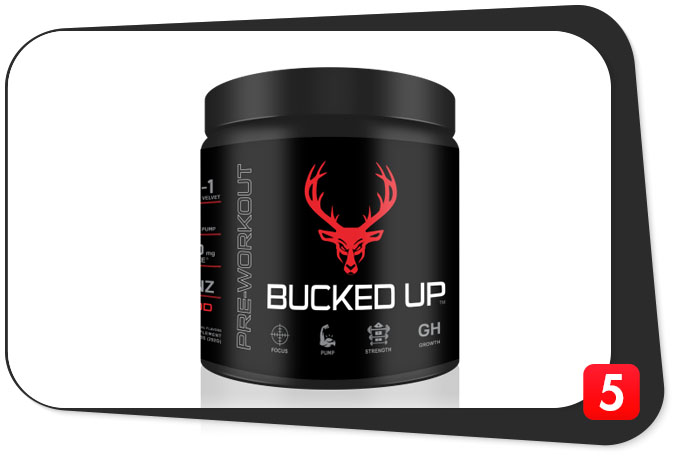 100% transparency is important in not only business and relationships, but supplements as well.

Bucked Up — a PWO powder supplement by DAS LABS — knows this. That’s why they use no proprietary blends, meaning you know exactly how much of each ingredient is in every scoop.

And when you look closer at Bucked Up’s ingredients, you see not only good dosages, but awesome choices: Premium forms, PWO classics, exotic newcomers and more that form a unique, quality formulation that works like gangbusters. Let’s CHECK IT:

Sporting natural, Non-GMO and gluten-free ingredients that accomplish a wide-array of functions, Bucked Up is not your average pre-workout supplement. From the mineral rich, Himalayan Rock Salt, to Deer Antler Velvet straight from New Zealand, odds are that even the most leathery-skinned bodybuilding veterans haven’t tried everything in Bucked Up.

Bucked Up has got one badass logo. 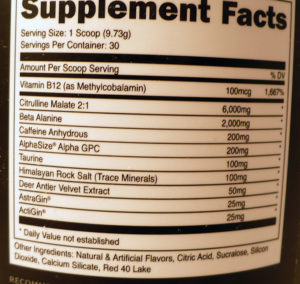 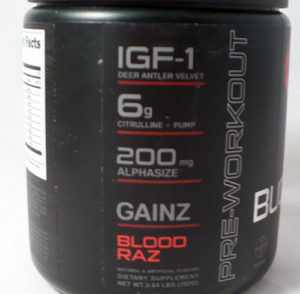 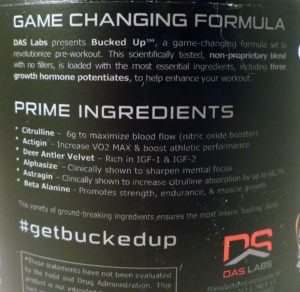 Bucked Up side panel 2

Bucked Up = A shotgun blast of PWO solutions, with many hitting Critical Mass dosages.

How do we know those dosages are good? Cause every single one is listed on the damn label. Bucked Up, we salute you for that.

Bucked Up has nine active ingredients, and each serves significantly different functions to give you a potent pre-workout boost… but more on that later. For now, let’s take a look at Bucked Up’s ingredient choices:

L-Citrulline: Six grams boosts exercise capacity and helps muscles stay active longer. That’s because L-Citrulline is one of the best Nitric Oxide boosters out there, capable of giving you awesome pumps.

BETA-ALANINE: By adding carnosine to your muscles, Beta Alanine enhances their explosive potential. This is a great PWO ingredient for upping your power and fighting off fatigue. Good for more reps, Bro.

Alphasize: This branded form of Alpha-GPC has benefits involving mental clarity and focus, among others. It’s a decent choline nootropic, but we think Citicoline — found in some industrial-strength brain-booster stacks — is a better form.

AstraGin: A patented blend of ginseng and astragalus extracts, AstraGin is a bioavailability enhancer believed to significantly boost absorption of amino acids and PWO ingredients, including L-Citrulline.

ActiGin: A 2015 study showed that this unique combination of ginseng and rose hips may help to reduce inflammation and improves endurance. ActiGin looks good for both performance and recovery.

Himalayan Rock Salt: Supplies 80+ trace minerals, which are often used by Athletes to reduce muscle injury. The whole Himalayan angle is a cool story, Bro… but there are cheaper ways to get trace minerals.

Deer Antler Velvet Extract: Raises hormone levels, boosting strength and accelerating recovery from injury. We say be careful with Deer Antler Velvet in our Big List of T-Boosters, due to its controversy and status as a banned substance. For conservative Bros concerned about doping it’s one to avoid, but we think its presence in this otherwise awesome formula actually gives the Velvet a bump in credibility.

Caffeine: Awwwwwww, yeah. You know the ‘FEINE, Bro. Effective stimulant that enhances energy, alertness and metabolism. 200 mg of the good stuff in Bucked Up.

The nine active ingredients in Bucked Up each pack a punch, and no two of them do exactly the same thing. This makes the sheer variance in Bucked Up worth noting, as it offers a shotgun blast of solutions all focused on getting you ready for a killer workout. This ranges from common stimulants like caffeine anhydrous, to rarities like ActiGin.

The use of new and innovative ingredients like Alphasize™, ActiGin™, and Himalayan Rock Salt gives Bucked Up a high level of potential. Until you know how the trace minerals of Himalayan Rock Salt and the mental benefits of Alphasize™ are going to effect your workout, the possibility exists that they are the key to boosting your body to the optimal level of potential. What’s better is that they’re backed by strong traditions, or in the case of ActiGin™, thorough research as of 2015.

Another thing that sets Bucked Up apart from other pre-workout blends is its strong dosing where you least expect it. While other pre-workouts hide their dosing under proprietary blends, Bucked Up ensures that premium ingredients get proper respect. For example, six full grams of L-Citrulline is rare, and two grams of Beta Alanine and 200 mg of Alphasize are equally impressive.

About that Alphasize… we like it. Among the benefits of Alphasize are enhanced mental agility, optimized muscular output, and resistance to mental fatigue. Since each scoop of Bucked Up has 200 mg of Alphasize, you’ll experience its unique “Mind to Muscle” effect with each dose.

Leveraging brainpower to achieve more physical power is a hot trend, and we like seeing Bucked Up follow that trend with a quality Alpha-GPC ingredient.

The biggest edge Bucked Up has over its competition is new and unique ingredients that are generously dosed. It should also be mentioned that the 100% transparency inherent in Bucked Up is a benefit, as it does not hide its ingredients and dosages within a mysterious proprietary blend.

The other significant advantage of Bucked Up would have to be its multi-tiered approach. While a lot of supplements stack up on ingredients that basically do the same thing, Bucked Up went to great lengths to find some of the most unique components out there…. without being too redundant.

So, in this blend you’ve got muscle protectors, muscle energizers, nootropics, N.O. Boosters, circulation enhancers, muscle protectors and more. It’s a shockingly complete PWO that delivers on the ultimate benefits: Better gym performance and faster muscle recovery. The powerful and unique blend in Bucked Up is truly unlike any other supplement out there.

Anyone who actively has a workout regimen will see an enhancement to their performance by using Bucked Up. Each scoop packs 200 mg of caffeine, in addition to eight other active ingredients, so you can expect the effects of taking Bucked Up to be powerful and highly-noticeable. Ultimately, athletes of all types can reap the benefits of Bucked Up as a pre-workout supplement. But be careful with that Deer Antler Velvet if you are a pro or amateur athlete… that shizz might get you banned like Ray Lewis.

The only ingredient that should pose a notable side effect is caffeine, and that side effect will vary depending on tolerance and other factors. Although stimulants like caffeine can produce side effects like jitters or an unpredictable stomach, each scoop of Bucked Up only contains 200 mg, and that’s the recommended amount for experiencing the positive effects of caffeine. That means that if used properly, side effects should be minimal. Still, this is some powerful shizzle, bro. So, you know… take caution.

Check out Bucked Up’s warning on the label, and you’ll see what we mean. And while you read it, be freakin’ grateful that this company is looking out for your health: 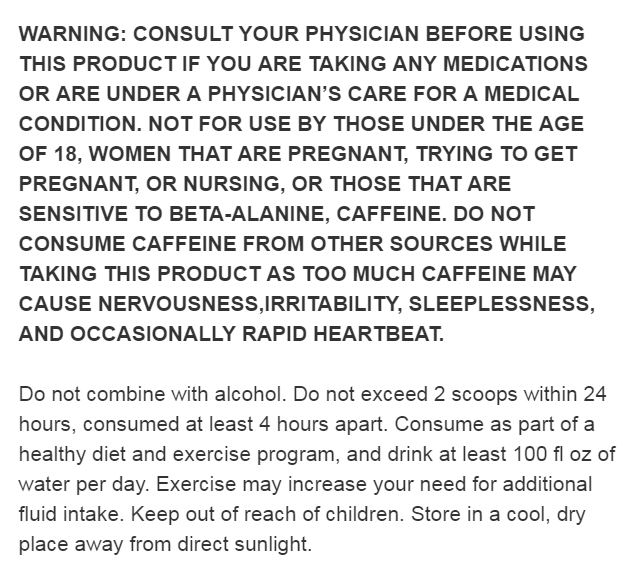 Final Word on Bucked Up

From Himalayan Rock Salt to Deer Antler Velvet Extract, Bucked Up takes some exotic ingredients from nature and combines them with tried-and-true PWO’s that deliver reliable pumps and peak performance. It all adds up to an innovative and aggressively-dosed pre-workout blend that works. Quality touches and transparency push this powder over the top, making it super-trustworthy and worth the extra expense. Good show, DAS LABS.