You are here: Home / Pre-Workout / Arnold Iron Pump Review – Like a 6g Scoop of “Having Sex with a Woman” 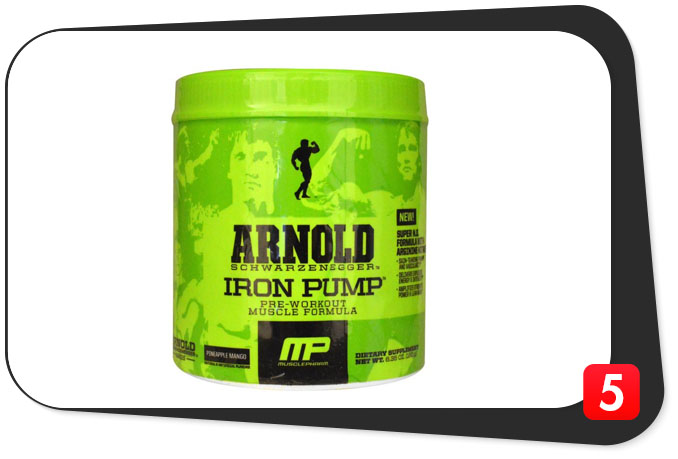 Want a quick lesson on the insignificance of your life?

Well too bad, you’re getting one:

Compare your life to that of the 5-time Mr. Universe victor, 7-time Mr. Olympia champ, 1976’s “Best Acting Debut in a Motion Picture” Golden Globe winner, 1980s’ “International Star of the Decade,” 1992’s “The Life Career Award” recipient, 2003 Republican Governor of California, the one and only Arnold Alois Schwarzenegger.

Our achievements shrivel up and die next to The Austrian Oak. Lucky for us, there’s a pre-workout supplement that Arnold claims will make our muscles bigger and lives better.

We don’t know about you, but we think it wise to hear the man out.

Arnold Iron Pump is a creatine-free pre-workout powder, devised by MusclePharm and Schwarzenegger with an emphasis on delivering massive pump. Arnold famously quoted The Pump as “like having sex with a woman and coming”… meaning he really likes his pumps. Formula notes:

“Super Nitric Oxide” Formula will open your vessels and PUMP YOU UP!!!

The Governator wouldn’t lie, right? Let’s hit the ingredients and find out:

Choline Bitartrate, L-Tyrosine, Caffeine, and Vinpocetine: Pre-workout energy boosters + brain boosters. Unfortunately, we’re seeing the cheapest, weakest form of choline—an otherwise powerful mind-boosting nootropic—but at least caffeine isn’t #1 here. L-Tyrosine is great against stress, but Acetyl-L form is better. And last but not least we have Vinpocetine, a Best5 favorite, which does wonders on brainpower and circulation. But really, if you want to unleash TOTAL MENTAL DOMINATION, you need an awesome nootropic supplement — not just a few nootropics shoehorned into a PWO.

In total, Arnold Iron Pump has basic to top-notch vitamins, a focused NO blend, and a mid-level energy blend. Despite annoying, dosage-masking proprietary labels, nearly all of the ingredients seem to serve a purpose and complement each other well.

Most pre-workout users are familiar with L-arginine—however, Arnold Iron Pump boasts having the “world’s first molecularly-modified arginine” with its L-arginine nitrate fusion. The idea extends beyond new tech wizardry and lands on even better NO-boosting results. Remarkably, the other 5 NITRIC OXIDE BLEND ingredients also boost NO, in addition to enhancing muscle gain.

Yet, combined with the vitamins, the formula rounds out into a well-balanced pre-workout supplement. 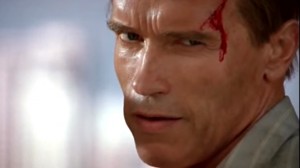 “It delivers a pump and great vascularity…”

“Iron Pump is a fantastic pre-workout supplement that has all the ingredients to deliver a pump and great vascularity, as well as giving you that boost of explosive energy to get you through that workout,” spoken by the big man Arnold himself.

So, the purported benefits are enhanced pump, great vascularity, and explosive energy. Do the claims check out?: Yes, Yes, and Sort of.

The NITRIC OXIDE BLEND and niacin account for the pump and vascularity. And while, normally, caffeinated supplements entail “explosive energy,” most consumer reports detail a more “focused energy”—which sounds superior to a jittery caffeine buzz anyway.

All in all, Arnold Iron Pump works. Schwarzenegger claims BIG PUMPS with this formula, and, dammit, he’s right.

Not likely. Several users report experiencing a hot, prickly “niacin flush”—which essentially feels like an uncomfortable sunburn. The niacinamide form is supposed to be “flush-free,” but the reports are there nonetheless.

Other users complained of quickly building a tolerance to the pre-workout, which qualifies more as an anti-effect than a side effect. This shouldn’t be much of an issue if you’re properly cycling your pre-workouts.

Also: Be wary of the caffeine if you’re caffeine-sensitive.

Also, MusclePharm offer a 30-day money-back guarantee on all their products if you buy directly from them.

Arnold Iron Pump deserves the Mr. Olympia of bodybuilding supplements. It’s a well-rounded formula manufactured by a solid supplement company. Will it give you “the feeling of coming in the gym”? That’s not for us to say. But it is a quality pre-workout that will PUMP YOU UP.