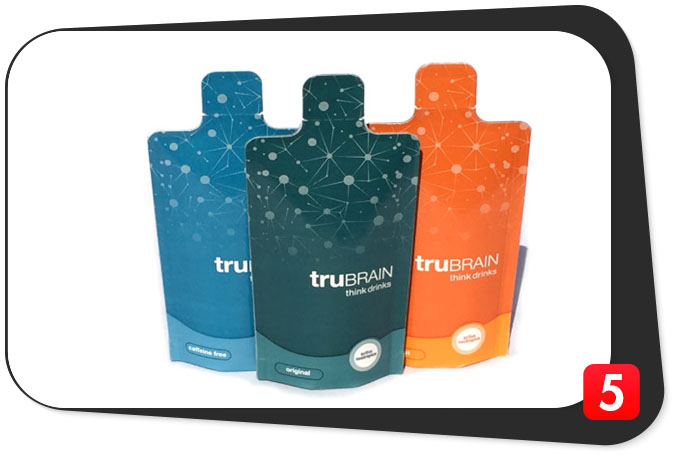 Taking nootropic pills and capsules can be a pain in the ass.

And in targeting pros who take WAY too many stimulants, truBrain hits on a winning formula in more ways than one… and earns its place as our #2-ranked Best Nootropic Supplement.

Formulated by neuroscientists, truBrain is designed to be a healthier, better-performing version of traditional Energy Drinks. truBrain gets there via “direct focus,” which they say is superior to stimulants’ “alertness” benefits for achieving peak productivity. truBrain formulas key features:

*Note, truBrain formulas are drinks, so they have some calories, sugars, etc. Here’s an image of the full truBrain supplement facts with that information included. 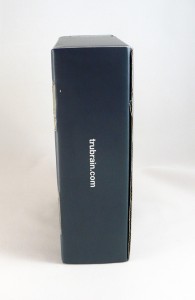 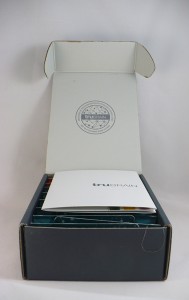 When you open the box. 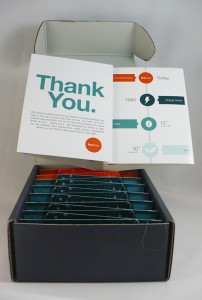 They include this big fold-out brochure. 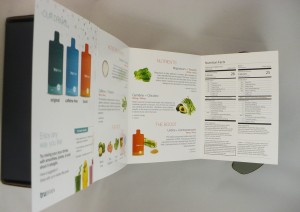 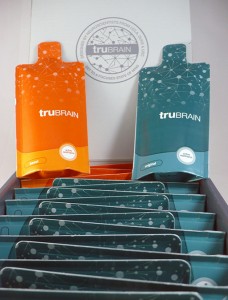 The truBrain paper vials line up like puzzle pieces. 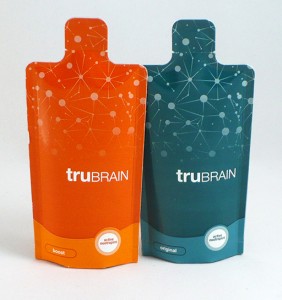 You just rip off the the paper vial’s top and do truBrain like a shot. 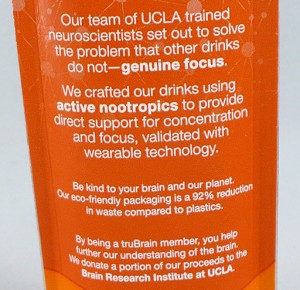 Back of the Boost pouch (Original has same exact copy) 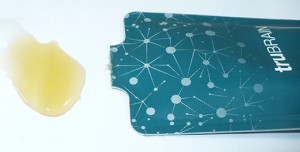 both liquids are amber in color, but truBrain Boost is darker and much more intense in flavor.

Lab-tested and designed by neuroscientists, truBRAIN formulas are billed as “The World’s First Nootropic Drinks.”

truBrain has got a really cool philosophy and laser-targeted purpose: “Get your work done faster, and get out of the office sooner.”

There’s a work-life balance benefit built into these formulas, which zeroes in on what a lot of people are looking for.

Thompson makes many claims… can truBrain back ’em up?

Let’s take a closer look at the formulas and find out:

The Oxiracetam looks like the driving force in the Original formulas. It’s a racetam-class synthetic nootropic, known for mildly stimulating effects that help with concentration and attention.

Citicoline (our Best Nootropic Ingredient overall) has brain-energizing & accelerating effects that make sense in the formula. That’s why Citicoline is not just in TruBrain, but in 4 of our 5 Best Nootropic stacks, and in our #1-ranked nootropic supplement overall.

Magnesium and Acetyl-L-Carnitine (ALCAR) are basic brain-and-nerve-health nutrients, but don’t boost mental performance, and don’t seem to add much to these formulas.

This formula drops the Citicoline and adds Uridine and Centrophenoxine.

Uridine raises brain choline levels, and is believed to support the neural “firing” that powers thought.

Centrophenoxine is related to the nootropic DMAE, and is believed to boost the brain’s energy production by optimizing brain cells’ oxygen and glucose uptake.

These nootropic additions seem to support the use of Boost as an occasional “brain-charger” on days when you need a little extra brain support.

Boost also increases the Caffeine to 100 mg and L-Theanine to 200 mg.

We’re not fans of caffeine in nootropic formulas, but this little change says a lot about truBrain: As formulators, they seem to know what they’re doing. It makes total sense to up the L-Theanine to counteract & balance any jitters that may come with the extra caffeine dosage.

truBrain’s formulas look strong to us. Dosages are low for a couple of ingredients, and we’d like to see more support for brain circulation… but overall they are using evidence-backed nootropics in some intriguing combinations that we’ve never seen before.

truBrain places a lot of emphasis on cognitive work performance, making claims for optimizing productivity and efficiency, enhancing focus & attention, and even helping with procrastination.

Also described are Alpha and Beta brain wave-boosting effects that may help concentration and reasoning ability. These claims seem to check out.

truBRAIN mentions “experiments” where they did EEG tests on Wall Street traders, measuring their brainwaves to prove the Think Drinks work on stressed-out people. This is very casual… but they do such a good job of building credibility that we believe them.

The truBrain Original formulas are a regimen, requiring days of use before they start enhancing work performance & productivity.

But overall, truBrain formulas do seem designed to work–with brain wave, brain chemical and brain energy benefits that would improve many aspects of mental performance, and seem to back their productivity claims of getting more done in less time.

There seems to be a multi-tasking angle; truBRAIN seems to address people whose cognitive resources may be spread a little thin.

Other groups they mention are musicians, consultants, and software developers; those who want to get the most out of their brains.

They say that none of the ingredients have any side effects except for ONE that may cause vivid dreams… an effect that can be avoided by not taking truBrain within 5 hours of bedtime.

truBrain features excellent nootropics (including exotics) in “shots” that taste good. The formulas don’t just work, they make it easier to take your brain supplement… which ultimately brings better results.