You are here: Home / Nootropics / Thrivous Clarity Review – Potent Adaptogens and B-Vitamins, But Mind the Zinc 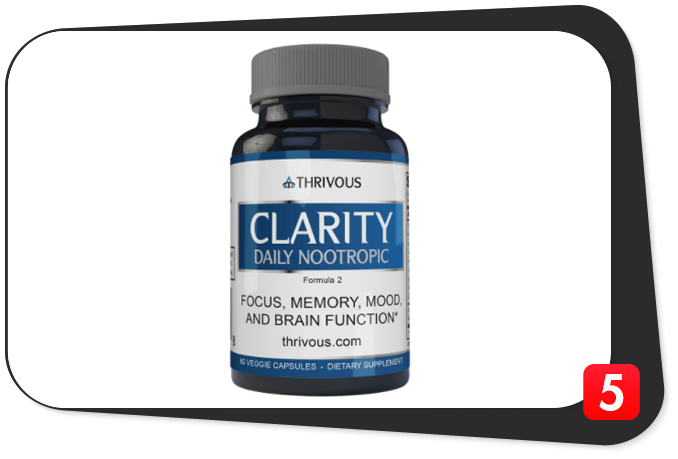 All joking aside, Thrivous is a nootropic stack that is striving for greatness. But when the rave reviews clear, will it stand strong on its formula alone? Let’s find out.

Clarity is the first natural nootropic stack made by Thrivous, a Utah based company which also offers other stacks intended to be combined with Thrivous. According to Thrivous, Thrivous is the “#1 Nootropic Company,” with Clarity positioned as its “Daily Nootropic” for focus, memory, mood and brain function. Formula notes:

Thrivous Clarity’s label is dominated by B-vitamins, but a closer look reveals the real star of the formula is its high-dose Bacopa+Rhodiola stack.

In that respect, Clarity is a stripped down and streamlined formula with two balanced sides: B-vitamins and botanical adaptogens. (The Zinc is a throwaway ingredient, but more on that later).

Let’s take a closer look at each of the ingredients in Clarity’s formula.

Thiamin (from Sulbutiamine): Vitamin B1, bound by a sulfur group in a synthetic form not found in diets. This is a good form that can cross the blood-brain barrier to help support neurotransmission. 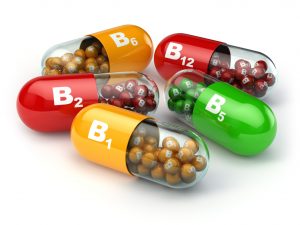 Thrivous Clarity is Big on Bs.

Riboflavin (from Riboflavin-5-Phosphate): Vitamin B2, in its active form. Not a direct nootropic, but may assist other B-vitamins for brain health.

Niacin (from Nicotinamide): Vitamin B3, sometimes used for attention, though not evidence-backed for that purpose; stronger research suggests it may help with age-related brain degeneration.

Vitamin B6 (from Pyridoxdal-5-Phosphate): P-5-P is an excellent form of vitamin B6 that is critical for the creation and conversion of various brain chemicals. May also help brain circulation and nerve myelination.

Folate (from L-5-Methyltetrahydrofolate): Another advanced form of a B-Vitamin, this time, B9. It is involved in a few different neurotransmitters, promotes myelin and supports cerebral blood vessels.

Vitamin B12 (from MeCbl and AdoCbl): This is a 2-in-1 mini stack, supplying both active forms of Vitamin B12, which helps brain energy metabolism and brain chemicals involved with mood and cognition.

Biotin: A common nutritional supplement choice for healthy hair, skin and nails, but Biotin, also called B7, is not a nootropic and seems strangely misplaced in this formula.

At 30 mg, Zinc has been suggested to help with mood in obese people, potentially due to a role in supporting Brain Derived Neurotrophic Factor (BDNF).

Unfortunately, Thrivous Clarity uses Zinc Sulfate, a garbage form of the mineral that is harder to absorb and associated with more adverse side effects, at 11 mg.

Zinc is a questionable ingredient in this formula, for reasons outlined in our analysis below.

Bacopa is one of our Best5 Nootropics — a truly outstanding brain-booster with adaptogenic properties, multitasking brain bioactivities, and an emphasis on learning, memory, and recall that is great for students.

Thrivous Clarity’s 25% bacosides is positive because it is standardized quality. It is worth noting that 25% is on the low end of Bacopa potency; however, Clarity makes up for it with a massive 600 mg dosage.

Rhodiola is one of our favorite nootropics; outstanding for managing stress and maintaining sharp cognitive performance during high-pressure situations.

300 mg in Thrivous Clarity is a good dosage, but it is only standardized for salidroside — which is but ONE of Rhodiola’s active nootropic constituents.

The other is rosavin, which is likely present in Clarity, but not standardized for some reason — so we cannot know how much rosavin is in each serving. 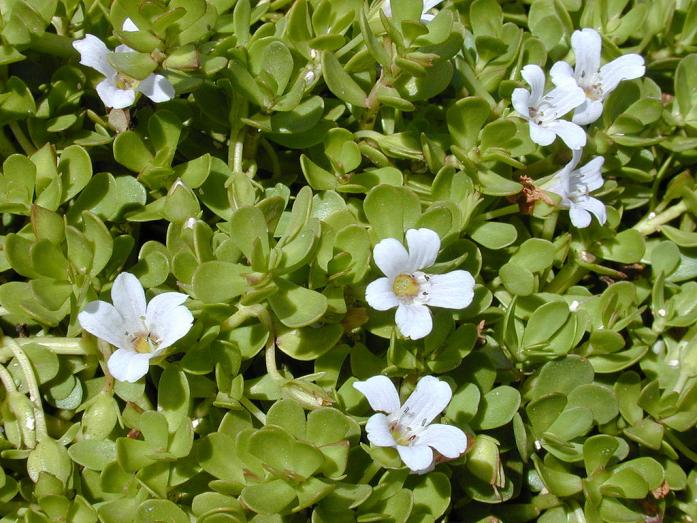 It should be pointed out right of the bat that this Thrivous Clarity is an update of a previous formula; Thrivous appears to have moved some nootropics out of Clarity and into 3 new formulas: Alpha, Surge and Serenity.

This is an interesting product line strategy, but we’re not sure it’s the right strategy.

The original Clarity was a smart formula; Thrivous has complicated things (and made brainpower a lot more expensive!) by dividing one brain supplement into four. But we digress. For the moment, we are analyzing Clarity, only.

Both of these traditional herbs are classified as adaptogens that can help the body and mind to manage stress better.

Since stress is lousy for mental performance, by boosting stress defenses this 1-2 herbal adaptogen stack unlocks mental clarity when life is chaotic and pressure-filled. There’s more:

Clarity’s Rhodiola+Bacopa gets 2 big thumbs up from us here at B5, especially since Clarity gives us big, fat, juicy dosages of each.

We’re a little put off by the fact that Clarity’s Rhodiola is not standardized for rosavins, which are the herb’s other active compounds, often standardized along with salidrosides in the best top-shelf nootropic supplements.

Next up is Clarity’s big B-vitamin stack.

B-vitamins are important for overall brain health, as well as key for some aspects of cognitive function. Clarity really puts the spotlight on the B-complex, supplying not just basic B-vitamins, but superior and enhanced vitamin forms that may be more active and easier to absorb.

It is great that Clarity takes such care to supply a B-complex in this stack. If we had one question about this formula strategy, it would be this: Is Clarity’s B-complex stack overkill?

Meh, it’s probably fine. It’s just that in terms of performance-driven cognition, a B6, B9 and B12 stack would be sufficient.

The B-Complex as a whole certainly won’t hurt you — but beyond B6, B9 and B12, the B’s are more associated with age-related brain health, such as warding off brain degeneration and preserving brain size in the elderly. These are good benefits to be sure, if you are over age 55.

Thrivous Clarity’s inclusion of Zinc has us scratching our heads.

Zinc is a fine mineral. But as a nootropic, it has very little evidence. In fact, we have never seen Zinc appear in any other nootropic formula.

Here’s the thing with Zinc: It is possible to create side effects and certain health risks if you take too much.

In the context of a nootropic stack like Thrivous Clarity, specifically, Zinc is a questionable ingredient choice because some researchers believe unbalanced Zinc levels — whether they are too low, or too high — may be implicated in brain degeneration including Alzheimer’s.

With little evidence behind Zinc as a nootropic, and possible risks and side effects associated with taking too much, it makes little sense to include it in Clarity.

It makes even less sense for Clarity to supply Zinc in its cheapest, harshest form: Zinc Sulfate. The sulfate form of Zinc found in Thrivous Clarity has been shown to be poorly absorbed from the GI tract, with only 20-30% reaching the bloodstream.

Zinc sulfate has also been associated with side effects, including:

Take Care with your Zinc Intake: The Upper Tolerable Intake level of Zinc for adults over age 19 has been set as 40 mg; anything more increases the likelihood of side effects. Zinc is weak as a nootropic, but strong as a testosterone booster. If you are taking a T-Booster with Zinc, it is probably wise to avoid Clarity to avoid taking too much of this mineral.

Thrivous Clarity seems to be a good nootropic stack for adults over age 45 or so; those who wish for a nootropic that is equally good at boosting present-day cognitive performance while setting the brain up for healthy function in later life. It may also appeal to business people and students who need stress support along with their brainpower enhancement.

Possibly, due to Clarity’s Zinc form: Zinc Sulfate. This is animal feed-grade Zinc, made by treating metals with sulfuric acid. If you are sensitive to Zinc, take care with Thrivous Clarity or avoid it altogether… otherwise you may experience side effects that are linked to the Sulfate form of Zinc found in this formula, which tend to manifest as various aspects of “digestive distress.”

Where Clarity stumbles, however, is in its use of Zinc Sulfate: A questionable nootropic in an unquestionably crappy form. While zinc alone is not enough to nix the whole formula, those with zinc sensitivities and those who already take zinc in a T-booster or other supplement might consider avoiding Clarity in favor of another nootropic stack.