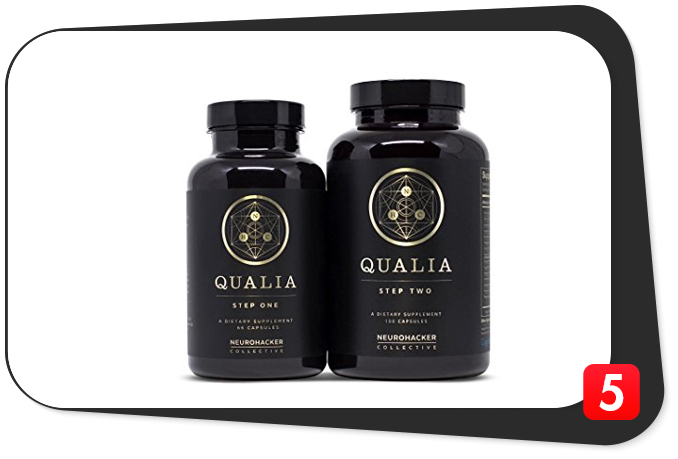 Become Remarkable. This motto, delivered by Neurohacker Collective, is both great and offensive. It’s great for the obvious reason: being remarkable is a commendable goal. In a way, it sufficiently sums up exactly what the whole nootropic lifestyle is all about.

Yet, it’s also offensive: because what the hell — are you saying I’m not remarkable?! YOU DON’T KNOW MY LIFE, QUALIA!

From Neurohacker Collective, a “collective of scientists, technologists, academics, and creatives,” comes Qualia (the original stack), a behemoth nootropic supplement split into two separate formulas: Step One and Step Two. But, of course, such a behemoth supplement comes at a behemoth price. Formula notes:

As opposed to Qualia Mind, which takes a simpler, singular stack approach to enhanced cognition, the original Qualia formula puts together 40+ ingredients in this hugely ambitious nootropic supplement. Had Qualia went the proprietary blend route, we would have immediately written this product off as a major scam.

Yet, Qualia transparently displays all of its ingredients and ingredient dosages. And guess what: they’re pretty damn good! (For the most part.)

The Qualia Original Stack splits its stack into two stacks: Step 1 and Step 2.

As the directions indicate, the Step 1 stack occurs first thing in the morning, then is followed by the Step 2 stack 20 minutes later. We’re hoping this 20-minute spread mitigates any potential issues with nutrient absorption competition (more on that later). However, before tackling the efficacy of Qualia’s stack-on-stack formula design, let’s first take a look at the ingredients themselves, starting with:

Vitamin B12 – Solid dosage of the correct B12 form (methylcobalamin). B12 may improve neurotransmitter levels and brain circulation, particularly for vegans and old folk. 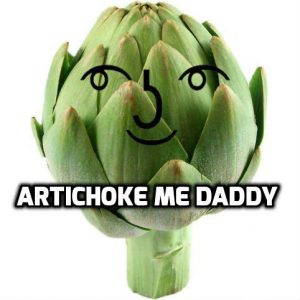 Rhodiola Rosea Extract – Powerful stress- and fatigue-reducing herbal adaptogen. Rhodiola reinvigorates the brain and body, allowing you to push your work day, workout, etc. to the next step. And that’s not just marketing mumbo-jumbo: this herb works and it works very well.

N-Acetyl L-Tyrosine – L-tyrosine is good, but N-Acetyl-L-Tyrosine is better. NALT converts to catecholamine neurotransmitters, which are otherwise depleted under stressful conditions — most notably, sleep deprivation.

Purenergy™ – Two-parts caffeine and pterostilbene, Purenergy™ seems to be a quality energy source, better than your standard caffeine option for this brand’s use of the highly antioxidant polyphenol pterostilbene.

L-Theanine – This anxiety reducing amino maintains caffeine’s energy and focus enhancing benefits while reducing the drug’s jittery side effects. Always a good idea to stack L-theanine with your caffeine.

Noopept – An interesting addition to this formula, Noopept is a racetam-like compound with significant cognitive enhancement potential. However, tolerance buildup is a common concern with this synthetic nootropic, potentially decreasing Qualia’s mental sharpening abilities over time — insomuch that they rely on Noopept.

DHEA – Hmm… DHEA sort of makes sense in a bodybuilder stack for its steroidal prohormone status, yet even as a “steroid” DHEA is remarkably ineffective. And yet it’s a banned substance for competitive athletes, limiting Qualia’s target demographic to non-athlete users.

BioPQQ™ – On our BIG List of Nootropics, PQQ ranks under the “Brain Energy Nootropics” segment for this compound’s potential protective benefits on brain “power plant” mitochondria. While the research isn’t quite there yet on this bad boy, the compound’s potent antioxidant status speaks well in its favor.

Can we get much hiiigher? (So high!) — we’re not too sure Qualia could have gone much higher with their 30-ingredient Step 2 formula, which requires a whopping six capsules per serving just to make space for these ingredients. And, believe it or not, Qualia actually does a pretty solid job at dosing the 30 ingredients in Step 2 — although, had Qualia reduced their ingredient count, we’d likely see better dosages and ingredient forms on the nootropics that count. Most notably:

Not that these are necessarily under-dosed or low quality. For instance, Qualia supplies Bacopa Monnieri at an impressive 45% bacosides, 300 mg. That’s awesome. Yet, it’s hard to gauge the benefits of such awesome nootropics when they’re smothered by other potentially insignificant ingredients — e.g., ALCAR, Taurine, Theobromine…

Sure, those nootropics may do something advantageous towards brain and body health. Yet, we wouldn’t gamble 800 mg on, say, ALCAR, which seems to only significantly benefit elderly cognition.

Even so, the comprehensive range of nootropic brain bio-benefits here is impressive, and it’s made all the more impressive by the fact that Qualia decided to keep everything here proprietary blend-free.

If you’re feeling lost at this point, don’t worry: there is a method to Qualia’s madness. And, fortunately, Neurohacker Collective has transparently laid out their mad method on their website, shedding light on how their behemoth product works by categorizing Qualia’s ingredients into the following:

Essentially, what Qualia accomplishes here is …well, everything.

Qualia’s formula design seems to target all of the key elements of a highly optimized brain, supplying both cognitive enhancement and nutritional nourishment for a healthy boost on mental performance. And it’s an incredibly impressive, ambitious design that Qualia seems to pull off.

Such ambitious projects are considered ambitious due to the potential risks involved. The first risk that comes to mind: negative ingredient interactions. Individually, each ingredient in Qualia’s stacks make sense (for the most part — we’re looking at you, DHEA). Yet, collectively, the ingredients may react unfavorably, resulting in adverse health effects or (what’s more likely) poor intestinal absorption — meaning that not all ingredients may get absorbed into the body upon digestion.

Qualia does alleviate such concerns by investing in high quality, premium nootropic ingredients. Yet, that then comes with a separate concern: pricing. This ish ain’t cheap. And it’s you who’ll have to fork over the dough to make any of this work. Having said that, if you have the dough, then hell yea — Qualia might just be the stack(s) for you.

Yet, the question remains: Can a slimmer, more refined nootropic stack accomplish more or less the same benefits as Qualia without breaking the bank?

As per the Qualia website, Qualia’s “Design’s Intent” reads as follows:

Qualia was designed to provide complete support for the physiological systems that determine your cognition and emotion capacities. That means understanding the chemical and electrical pathways that mediate the capabilities we’re seeking to support. From neurotransmitter precursors to the transport and uptake of nutrients, every step along the way matters to achieve results.

Altogether, Qualia seems geared to improve brain health and function across the board for both long- and short-term mental performance improvements.

“Scientists, artists, creators, entrepreneurs, activists, parents, students of every kind.” Again, we’re quoting Qualia on this one. The target demographic of Qualia is quote-unquote “anyone who wants to do meaningful things with their life, experience deeply and profoundly, and fully optimize their capability towards those goals.” Essentially, anyone driven enough to spend $120+ per bottle may find value in Qualia.

For the most part, none of Qualia’s ingredients raise any RED flags. Nor do any of Qualia’s additives or manufacturing practices. On the whole, the customer reviews to Qualia seem generally positive, with little to no mention of side effect incidents.

While our concern with Qualia’s formula is that negative ingredient interactions are a possibility, this concern primarily focuses on how certain ingredients may impair the efficacy of other ingredients. We don’t see much reason to worry over side effects with regards to Qualia as a whole.

If you buy the original Qualia stack through the Neurohacker Collective website, you’ll find the Single Order and Subscription pricing options. Signing up for the autoshipment “Subscription” option will save you $50 on your first shipment — after which each month’s savings reduce to $20 per month. Bear in mind that you’re only receiving 22 days’ worth of servings between the Step 1 and Step 2 formulas, which more or less rounds out to a month, if you only consume Qualia during the 5-day work week.

Neurohacker Collective went and did what many manufacturers are likely too afraid to do, which is stuff all of the best nootropics (and then some) into a single formula. It’s an ambitious project that Qualia seems to accomplish well enough… although, we’re not sure to what extent much of Qualia’s formula is really all that essential to healthy cognition enhancement. A clinical study would certainly work in Qualia’s favor here. Yet, it’s an undoubtedly impressive, premium nootropic stack that, if you can afford it, is certainly worth a try.