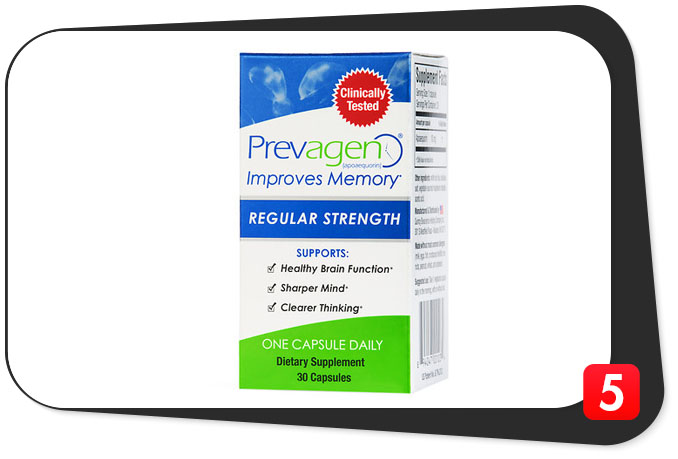 The #1-selling brain health supplement in drug stores, Prevagen is a popular (and controversial) memory supplement with one ingredient: Apoaequorin.

A type of protein, Apoaequorin is believed to work for memory by restoring protective, calcium-binding brain cell proteins that decline as we grow older.

Prevagen is claimed to:

Apoaequorin was first found in jellyfish; today, it is made in a lab under a patented process.

Here’s how it’s supposed to work: As we grow older, we start losing proteins that bind and neutralize calcium, which would otherwise damage our brain cells. Prevagen says the decline of calcium-binding proteins may lead to age-related memory loss and mental performance problems.

Apoaequorin is billed as a calcium-binding protein that restores what we lose with age—helping to restore a critical layer of brain protection that supports ideal brain function. Apoaequorin’s cognitive benefits have been demonstrated in three studies:

Prevagen is mostly designed for memory. If it works as advertised, it may accelerate and sharpen your brain’s inner “search function” when you’re looking for the right word or trying to match a name to a face. For people who are getting older, experiencing absent-mindedness, and feel they may be losing their mental edge, Prevagen may help to sharpen their minds back up.

We have to point out though, most people buying nootropics need more than just memory, so Prevagen’s laser-focus on memory may actually be a limitation. For a more “universal” formula that boosts a wide range of cognitive functions including memory, check out our #1-ranked Mind Lab Pro review.

The marketing materials indicate Prevagen is for people who are experiencing mild memory problems associated with the normal aging process. That makes it sound like the primary Prevagen consumer is an adult over the age of 55, seeking to reverse age-related memory problems and restore a sharper, more youthful mental edge.

Prevagen appears to be safe and well-tolerated, with no side effects, drug interactions or toxicity. Its one ingredient, Apoaequorin, has even been deemed safe enough to be a food ingredient. Still, Apoaequorin is an unusual and rare ingredient that your body hasn’t encountered before–so if you decide to take Prevagen, stay aware of any reactions or adverse events.

Prevagen is a unique formula, and it might have nootropic properties. Unfortunately, it is clouded with controversy and weak research, which makes us think that Prevagen doesn’t work. Still, as the best-selling brain supplement in drug stores, it has a huge following. If you’re curious about Prevagen, you may have to just try it to see if it works. It’s Generally Regarded As Safe, so there’s no risk involved (except losing your money). Since Prevagen targets memory specifically, it should be easy to notice improvements… though they say it may take 30-90 days before it starts working.