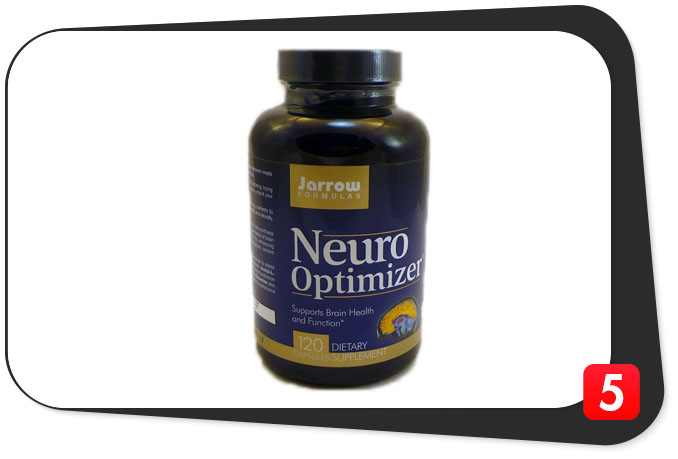 “What was the name of that actor, ya know, the guy who was in that movie…”

If you’ve been there and you’re over 40, you’ll find the answer in the same place as your misplaced keys.

Brainpower declines as we grow older. When exactly? Well, you’ll know it when you feel it. And when you do, it’s time to shift brain supplement strategies.

Luckily for you, Neuro Optimizer can help cognition now and later. Let’s check out this quality brain health supplement. 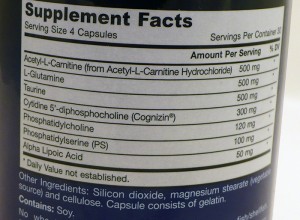 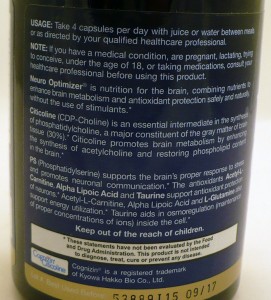 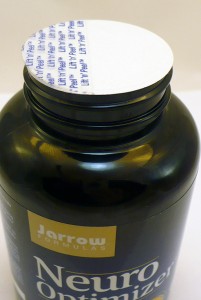 Neuro Optimizer rockin’ a proper safety seal. Not like CILTEP. 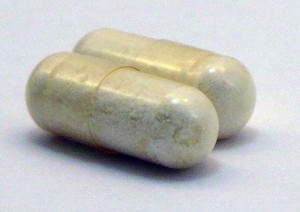 Neuro Optimizer capsules are off-white in color. No botanical herbals in the formula, so not much color. 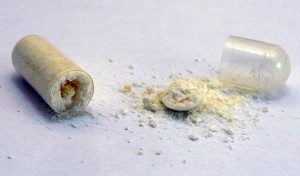 Neuro Optimizer is a hybrid brain-booster/brain-health formula that relies on tried-and-true nootropics.

There’s nothing flashy about Neuro Optimizer. No garish logo, no miracle claims. But behind the bland exterior is an excellent formula for older adults who want to stay sharp as they age. Our breakdown:

Our #1-Ranked Best 5 Nootropic ingredient, Cognizin Citicoline is like a Swiss Army Knife for brain health, with multiple nootropic benefits. We think of citicoline mostly for its brain energy benefits; Neuro Optimizer focuses more on its ability to boost brain chemicals and regenerate the brain.

Our #2-Ranked Best 5 Nootropic. Good job, Neuro Optimizer! They use it for “stress responses and neuronal communication.” The stress claim is weird; but PS does have brain chemical benefits that help neurons to fire. PS is great for brain regeneration and memory performance, too.

Neuro Optimizer does not discuss this ingredient; maybe its 120 mg dosage is not big enough to make any claim. Phosphatidylcholine (PC) benefits synthesis of acetylcholine, a neurotransmitter for memory, mood and Alzheimer’s protection.

Other ingredients: Acetyl-L-Carnitine, Alpha Lipoic Acid (ALA) and Taurine are antioxidants to protect brain cells against damage and decline. Acetyl-L-Carnitine (ALCAR) also has brain energy benefits. L-Glutamine is used to make GABA, and may help with mood and anxiety… but it’s the one nootropic in this complex that doesn’t seem to “fit” quite as well as the others.

Neuro Optimizer is a quality formula with premium touches. It starts with Cognizin® citicoline, a superior “branded” form of an amazing nootropic for both immediate and long-term brain function.

You look at Neuro Optimizer overall, and it appears very plain and basic. But we gotta give ’em credit: Neuro Optimizer is brilliant in its simplicity. Every nutrient in the formula is backed by science, and the dosages for the most part reach Critical Mass. And we know this because they proudly list the dosages right on the label!

In terms of the formula’s intent, the Citicoline is such a great brain-booster, and Neuro Optimizer’s 300 mg dosage is BIG. That single ingredient brings most of Neuro Optimizer’s nootropic mojo: Energized thinking, sharp focus, attention, short-term memory and more.

But for the most part, Neuro Optimizer’s other ingredients are for age-related issues, featuring bio-activities that protect, maintain, repair and regenerate brain cells. These proactive benefits get a hell of a lot sexier as you grow older… and Neuro Optimizer’s particular blend of brain health nutrients looks highly effective.

Overall, Neuro Optimizer is a rock-solid foundation formula for anyone seeking sharp mental performance now and in the future. It’s got no glitz or glamour whatsoever… but it also has no BS. Imagine that.

Neuro Optimizer seems made for long-term brain health. It supplies building blocks and stimulators of brain regeneration, and antioxidants to fight brain aging. You don’t FEEL these benefits, but they help mental clarity as you grow older.

The Cognizin Citicoline 300 mg brings a nice bump in mental energy and processing speed, and PS is great for memory… but Jarrow doesn’t really play up these benefits, making us think they are secondary.

Jarrow Formulas targets an older market, probably 40+, which fits Neuro Optimizer’s ingredients–many of which specifically help age-related brain health and memory issues. Any age group looking to improve their brain health may find the supplement useful, but it might be best for middle-aged or older users who find remembering names and faces a little harder than they used to.

Most of the ingredients in Neuro Optimizer are regularly found in the body and are essential to brain health, so there aren’t a lot of negative side effects or red flags associated with this supplement.