Ultimately, the best nootropics for women may enhance female cognition to initiate maximum productivity, whether you’re in the office, at the gym or taking care of the kids. They work by counteracting imbalances that can sabotage brain power.

We’ll explain how it all works a little later in this guide. But first, we’ve made a quick list of the best nootropics for women in pre-made stack supplement form on the market today.

Click here to jump down the page to our analysis of why these nootropics are the Best 5 for women, specifically along with details on buying.

Or, read on to learn about nootropics for women. 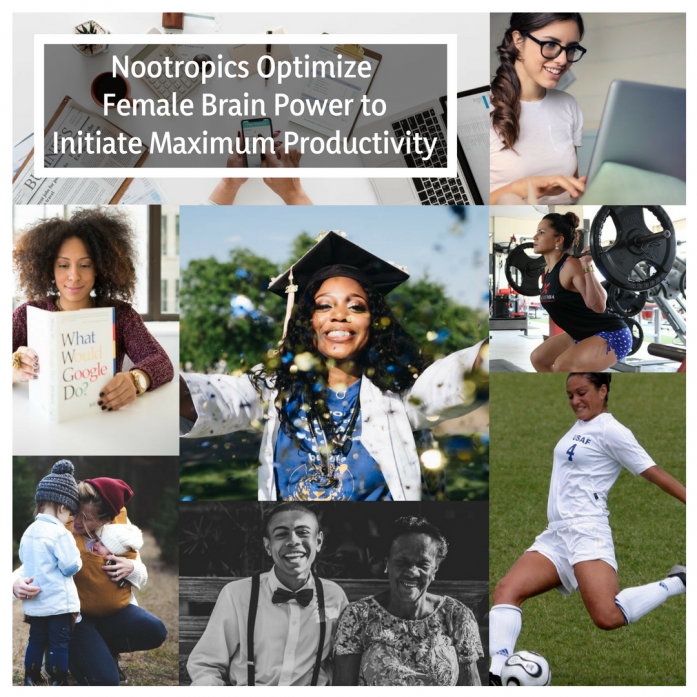 Quality nootropics work for women by manipulating chemicals like dopamine, norepinephrine and acetylcholine to make up for hormone imbalances, nutrient deficiencies, and more. Ultimately, they can help initiate maximum brain power for everyday tasks.

Who Benefits From Nootropics?

Women from all walks of life can benefit from a clean, quality nootropic stack. For example, business women who multitask all day long may experience optimized motivation, focus and memory after taking nootropics.

In addition, moms, athletes, artists and students can all benefit immensely from a clean, quality nootropic supplement that cultivates female cognition for ultimate efficiently.

Why do Women Take Nootropics?

Women tend to be more affected by symptoms of stress, anxiety and mood fluctuations than men throughout their lives.[1]

Specifically, women experience premenstrual syndrome (PMS) and menopause as they age, which can both cause intense hormone fluctuations. This can lead to more anxiety and more intense reactions to stressors than men.

For example, women tend to experience a loss of estrogen as they slip into menopause. Luckily, nootropic supplements may help balance the mood and reduce stress by moderating brain chemicals associated with anxiety, mood problems and stress.

It’s not easy for hard-working women to sustain maximum motivation, focus and energy throughout the day. As such, women can take nootropics to counteract fatigue and burnout from hard work and constant multitasking.

Nootropics may help by boosting and/or regulating chemicals associated with motivation and energy. For instance, some may regulate dopamine production.[2]

Nootropics can also help women enhance workout performance and improve their desire to workout by allowing them to focus better, increasing energy and initiating motivation. Additionally, they can do so by moderating reactions to stress, specifically oxidative stress.

Oxidative stress occurs when the body starts making oxygen at a rate faster than it is able to make antioxidants. It can happen during exercise and other physically stressful activities.

Oxidative stress causes an imbalance in which oxygen free radicals begin to “attack biological molecules” like proteins, lipids and DNA. However, nootropics may be able to counteract this stress reaction to boost workout performance.

Nootropics may also help with symptoms of brain fog like memory loss and other cognitive declines. If you’ve ever found your keys in the fridge or locked yourself and the kids out of the house, you know what brain fog feels like.

However, if you find yourself making these subtle mistakes more often, especially as you age, a natural nootropic may be helpful. Since brain fog and cognitive decline are linked to menopause, nootropics that address cognition may be especially helpful for aging women.[3] They may boost mental awareness, increase concentration and reduce forgetfulness.

For example, the ingredient Bacopa Monnieri has proven to reduce symptoms of cognitive impairment associated with aging.

Nootropics can also be combined with the Best Fat Burners for Women to boost motivation, intensity, training and weight loss.

We believe natural, research-backed ingredients work best for women. Thus below, we’ve detailed which ingredients women should look for and why.

Brain fog is a common issue for women as they age and experience menopause. However, citicoline may help counteract the effects of brain fog by initiating the production of acetylcholine, which is known to prevent the break down of cell membranes when choline is depleted. [4] In other words, citicoline may help sustain learning and memory as women age.

Phosphatidylserine has shown to stop or slow the biochemical changes and weakening of nerve cells associated with aging.

Similarly, PS may support overall human cognition, including short and long-term memory, attention, reasoning, language and communication. As such, it may be helpful for aging women and/or busy women who multitask often.

Bacopa Monnieri is known for its memory-enhancing effects. It has also shown to decrease the effects of oxidative stress while supporting cognitive enhancement in healthy women and men.

Lion’s Mane Mushroom is another all natural nootropic ingredient that protects the female brain by supporting neuronal growth. Specifically, it may initiate the production of Nerve Growth Factor (NGF) and other vital cells.

Maritime Pine Bark Extract is known to optimize antioxidants, increase blood flow to the brain, protect cells from aging and support neuroplasticity. Thus, it’s a great nootropic ingredient for women experiencing brain fog due to stress and/or aging. One study even shows it may help relieve menstrual pain in women.[5]

L-Tyrosine is an amino acid that may reduce the effects of physical stress on cognition. This may be helpful for female bodybuilders and athletes who encounter intense physical stressors often. In addition, it may help balance the mood in women experiencing issues.

N-Acetyl-L-Tyrosine (NALT) is the preferred version of L-Tyrosine because it has better bioavailability, which means it’s easier to absorb.

L-Theanine is an herbal nootropic known to induce a state of calm relaxation. Found in green tea, L-Theanine has shown to moderate alpha wave activity and inhibit glutamate receptors, which may help sharpen focus.[6]

In addition, L-Theanine may even slow the onset of cognitive impairments in aging women while reducing the effects of stress. 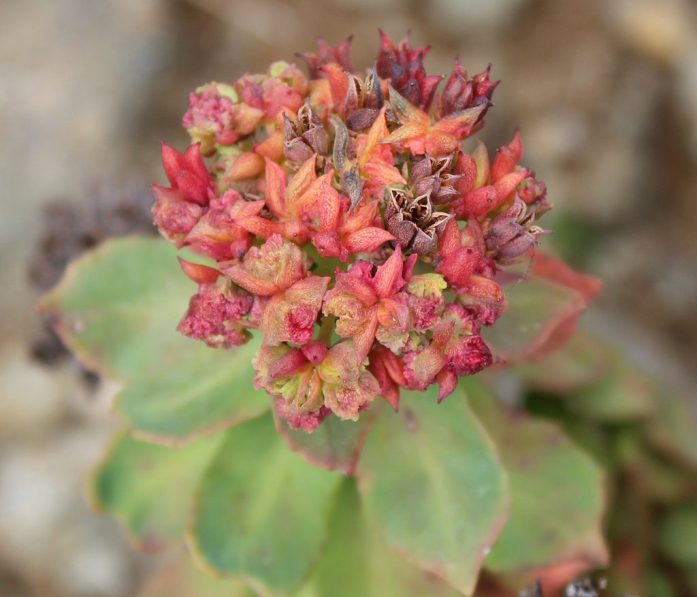 By Alpsdake (Own work) [CC BY-SA 4.0], via Wikimedia Commons

Rhodiola Rosea has shown to reduce stress, balance mood and increase energy metabolism.  Thus it may be an effective nootropic for women who multitask often, experience mood problems or undergo chronic stress.

Vitamin B6 is an essential nutrient that can level out homocysteine levels. Some studies show it may even reduce the risk of mood problems later in life. Others show it may reduce morning sickness during pregnancy and have positive effects on the menstrual cycle.

Also known as folic acid, vitamin B9 is especially helpful for women. It’s another essential nutrient that helps the body convert food into glucose, fats and proteins, which it uses as fuel.

Women need vitamin B12 to maintain red blood cells, brain functions and DNA production. Vitamin B12 may even help prevent memory and other cognitive declines associated with aging. Women who abide by a vegan diet are more likely to be deficient in B12 since it is not present in plant products.

Gingko Biloba is an extract made from the leaves of an old Gingko Tree. It contains flavonoids and terpenoids. Flavonoids function similar to antioxidants and terpenoids may improve circulation.

DMAE  or Dimethylaminoethanol is a “precursor of choline” that has shown to “scavenge free radicals” and support the synthesis of acetylcholine.

Acetylcholine is a neurotransmitter that plays an important part in memory and learning, which means DMAE may help optimize these cognitive processes. In addition, free radicals lead to oxidative stress, which DMAE might help women avoid.

Acetyl-L-Carnitine may increase energy metabolism while working as an antioxidant and counteracting symptoms of aging on cognition. Even better, it has shown to be capable of regulating the female reproductive system.[8]

Animal studies have shown that Forskolin has neuroprotective effects on memory and social behaviors. As such, it may be helpful for women experiencing memory declines linked to aging, anxiety linked to hormone fluctuation or other issues.

While some women enjoy the rush the brain and body receive from caffeine and stimulants, many don’t like these adverse effects. Caffeine and stimulants like racetams, including piracetam and oxiracetam, may increase blood pressure, cause jitters and upset the stomach. Thus, women tend to use them in moderate dosages, if at all.

Which Nootropic Features do Women Look for?

Men and women differ in their preferences for the best nootropic supplement. Many women seem to go for clean, natural, even vegan nootropics with no artificial ingredients or stimulants while men are not always as careful.

Women often go for nootropic brain boosters with zero artificial additives or preservatives, seeing as these can be harmful to overall health. Thus, non-GMO labels and zero-chemical standards are important.

Many women prefer vegan capsules with natural, vegan ingredients instead of animal products. Luckily, the best nootropics come in this advanced form.

Caffeine-free and stimulant-free nootropics are also popular among women. They may try to avoid ingredients like oxiracetam, piracetam and caffeine that can cause sleep deprivation, shaking and increased blood pressure. 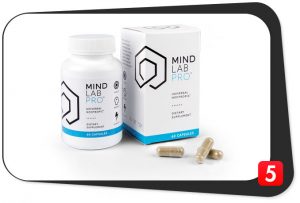 Our top ranked Mind Lab Pro’s all natural, Universal Nootropic provides lasting, 100% brain power for all aspects of female cognition. It targets motivation, mood, memory, learning, stress reactions and more by optimizing the brain’s chemical cycles with clean, research-backed ingredients. It’s got some of the best nootropic reviews on the web.

For example, it contains Biogenesis™ ingredients, which are grown using natural, single-celled organisms in a hydroponic environment for maximum safety. Even better, Mind Lab Pro is non-GMO, caffeine and stimulant-free and 100% vegan, coming in premium vegan plant capsules. 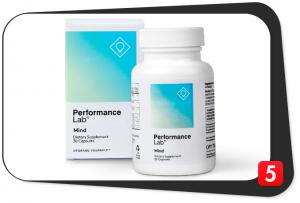 Another caffeine-free, all-natural, non-GMO brain-booster, Performance Lab Mind is right up there with Mind Lab Pro in the running for best nootropic supplement. It is clean and vegan, containing Biogenesis™ ingredients on top of various other organic, effective brain boosters.

Performance Lab Mind increases brain energy, boosts blood flow to the brain, and supports chemicals that are vital for cognition using a quality, wholesome stack. Each ingredient may benefit women by targeting specific aspects of cognition including memory, mood, focus and motivation. 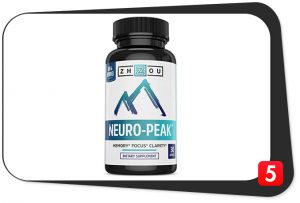 Neuro-Peak is a simple, one-of-a-kind nootropic supplement providing the perfect amount of each ingredient to support focus, memory and mental clarity.

Its caffeine-free and non-GMO formula takes third on our list of the best nootropic supplements for women. It even provides Ginkgo Biloba and DMAE, two powerful brain-boosting ingredients. 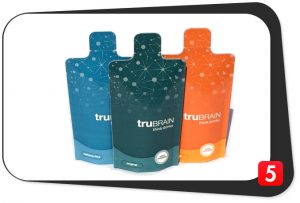 truBrain is an advanced, natural nootropic drink built to improve cognition for men and women alike. The best part about it? Just take it like a shot and you’ll be on your way to improved mental clarity and less stress in no time.

That’s right, there are no capsules or pills involved in this optimized nootropic formula. Keep in mind, however, that it does contain a little caffeine as well as the stimulants oxiracetam and piracetam to provide energy boosts throughout the day. In general, it increases blood flow to the brain and supports brain functions to boost overall cognition. 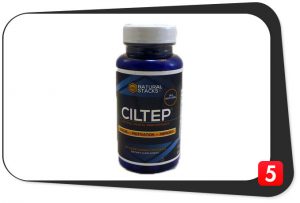 Ciltep is a memory-enhancing nootropic designed to balance mood, increase motivation and improve focus. It does so by initiating long-term potentiation (LTP) in the brain.

The initiation of long-term potentiation helps us create new memories and supports neural synapses to boost memory and brain power. For example, Ciltep may help keep us engaged and optimize our productivity while carrying out certain tasks.

Women take nootropics to counteract cognitive and hormonal deficiencies as they age. They also use them to optimize performance on daily tasks by increasing motivation, reducing stress responses and improving focus and memory.

If you’re looking for a clean nootropic supplement to initiate maximum brain power and mood balance, one of our best 5 nootropics for women may be your best bet. You should also check out our best 5 multivitamins for women to ensure your brain has a nutrient-dense foundation for optimized cognition.