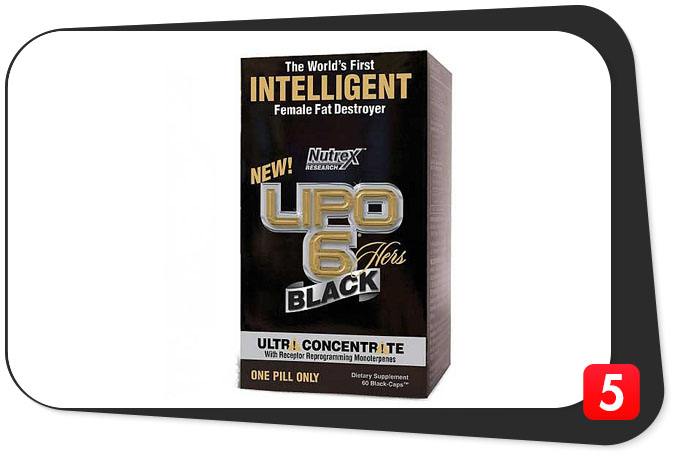 We reviewed Lipo 6 BLACK HERS before and we thought it was a really good supplement. Not enough to be part of our best fat burning supplements list but still good enough to earn a respectful nod from us here at Best 5. Since we liked it so much, we figured we should also review it’s supposed ultra concentrated version: Lipo 6 Black Hers Ultra Concentrate.

We think the name is just too long and over the top but perhaps it’s their way of saying how potent this fat burner really is. Well, with that name, design, and dangerous warning description, it better be.

Is Lipo 6 Black Hers Ultra Concentrate worth typing that name out? Let’s find out!

About LIPO6 BLACK Hers Ultra Concentrate

Nutrex says its LIPO 6 BLACK HERS Ultra Concentrate fat burner is “by far the strongest female specific LIPO-6 formula” they have ever released. And just like Black Hers, they say this one is for girls because of folate. Because guys can survive without iron, right? From the label, it describes itself as a formula of the highest potency and results to super strong effects. We’ve seen a lot of that before so we’re hoping they pull this one off because God knows it’s hard to type the whole damn name out. Formula notes:

The name “LIPO 6 Black Hers Ultra Concentrate” is more badass than the actual formula.

We reviewed Lipo 6 Black Hers and we liked it enough to recommend it. This “ultra concentrate” version? Not so much. From a weak prop blend to a clickbait name, this version is really much worse than the first one. Let’s break down the ingredients in this formula:

Caffeine is as ubiquitous in supplements as it is in the form of a cup of coffee in the morning for just about everyone in the world. It’s a powerful yet safe stimulant and doubles as a fat burner. Grants you energy to start the day and makes you burn more calories along the way. We’re not sure how much caffeine we have here but based on our review of its predecessor, it’s probably around 200-ish which is a decent enough dose.

It’s the antioxidant found in chocolate. It’s supposed to be a safer stimulant compared to caffeine and works well with caffeine for a slow-release of energy as well as mitigate the crash.

Advantra Z is definitely the one of synephrine we like to see. Synephrine has the ability to tweak your fat burning hormones in such a way that it makes you burn more fat instantly. Paired with caffeine, the efficacy is one worth noting.

This is the active compound found in Yohimbe bark and is credited for releasing fat burning hormones not unlike synephrine. What’s amazing is yohimbine works at small doses, even 2 mg is considered okay.

Rauwolscine is an indirect source of yohimbine and serves to function as stimulant and fat burner. We think this is a redundant addition although perhaps it’s to increase yohimbine dosage without having the user suffer from side effects such as heart palpitations and even hypertension.

Just like with Black Hers, we still don’t get why adding folate to a fat burner suddenly makes it an exclusive for women. I mean, don’t women in the fitness world ALREADY take folate supplements? We think this is just some marketing hullabaloo to entice women to think some big supplement company thinks of them. Not us, Nutrex. 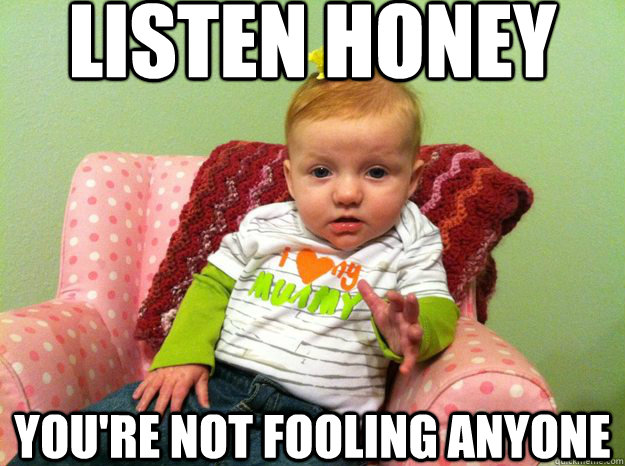 Moving on, the formula Nutrex used in Lipo 6 Black Hers Ultra Concentrate (that’s a mouthful!) is advertised as really dangerous. Like, they’re capitalizing on people who like to buy something that sounds prohibited and although there are a lot of those in the fitness world, a good sum of them know how to read the label and generally just knows their shit around ingredients.

Naming it Ultra Concentrate could have fooled us if we didn’t already have an idea of how product labels and how they dose their ingredients. With a bit of guesswork, we think it has probably 200+ mg of caffeine and likely 40-50 mg of synephrine plus a total of 5-6 mg of Yohimbine. These three make a really potent burn stack on their own as it tweaks your fat burning hormones and sends them into overdrive. No questions asked.

We admire the idea behind this description but there’s nothing to be “extremely cautious” about here.

As standard and tested the stack is, it’s also not expensive to build specially if you buy all three ingredients in bulk. You don’t really need Rauwolscine or Theobromine in this mix at all but we figured Nutrex had to justify its price tag hence their addition.

So no, the ultra concentrate claim is really just riding the marketing hype train and has no clear substance to base it on. We do agree on its potency and efficacy as a fat burner but not enough to make us say it’s ultra concentrated.

You’ll literally feel the burn thanks to the tried and tested burn stack in this formula. Get ready to get drenched in your sweat, folks.

They say it’s for women but it works just as fine with men. Hey, some guys can use a little bit more folate too! It’s also for those who don’t like the idea of swallowing too many pills or already have another stack and would want to use this as a complimentary. 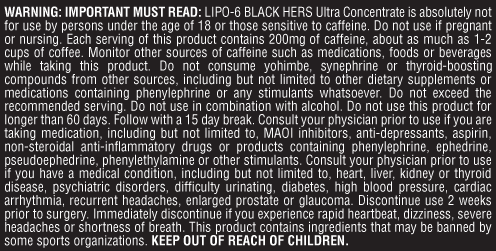 It has the traditional caffeine-synephrine plus yohimbine stack built in so you might expect some jitters, heart palpitations, intense heat and sweating, and maybe even a headache or two.

LIPO 6 BLACK HERS Ultra Concentrate is not just for girls. It has a tried and proven burn stack, is focused, and definitely easy to use. While the formula fails to justify the price tag and the really over the top name, we can’t say it fails as a product overall. It works as it is and we think it’s great. We just think both sexes would benefit more on other top notch fat burners.