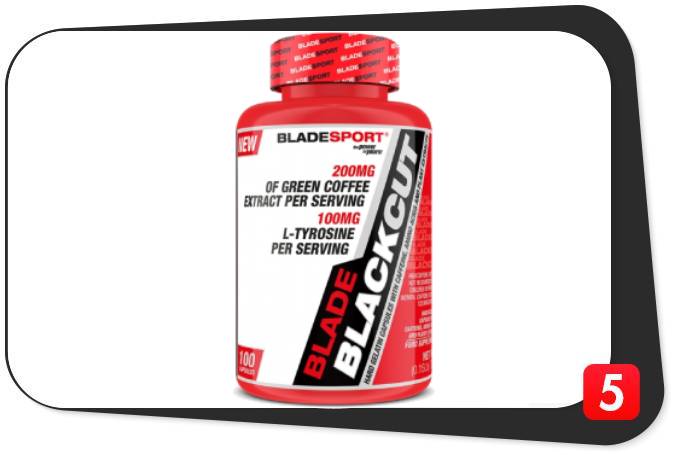 The line between a pre-workout supplement and a fat-burning supplement is becoming increasingly blurred.

Most of the pre-workouts out there have so much caffeine that they will help to increase fat burning. While most of the fat burners out there are also filled with caffeine which can improve performance.

Because of this, it is hard to define certain supplements as one or the other. Blade Blackcut is one of those supplements.

In this article we will be taking an in-depth look at Blade Blackcut, analyzing the ingredients list, the claims made by Blade Sports, and helping you to decide whether this is a supplement that you should be considering.

We will also help you to find out where to purchase it, and for how much (provided that you want it).

About Blade Blackcut from Blade Sport

Blade Sport is a supplement company that was founded in Hungary in 2015 and has been going from strength to strength ever since then. A very big supplement company in the EU, Blade Sport has failed thus far to establish a foothold in other international markets. But with several excellent products to their name, it may only be a matter of time before they go global as a brand.

Blade Blackout is an interesting product. The product is sold as a diet product on the Blade Sport website, which leads us to think that Blackcut is a fat burner. However, the literature does not explicitly mention any real fat burning properties.

Instead they concentrate on its ability to improve focus, increase efficiency, energy, and concentration.

They claim that it will help you to lift more weight, increase your stamina, and “ultimately burn more calories as a result” [1]. This final sentence is probably the most important. Blackcut is a fat burner, and we will judge it as such.

There are nine active ingredients contained within Blade Blackcut, caffeine probably the most important, though l-theanine is a clever addition too (more on why later).

The inclusion of green coffee extract is a controversial one after it was famously labelled a scam in 2014 (though the actual truth is a little more complicated than that).

As Blade Blackcut is so high in caffeine, the directions are quite specific as to how you should consume it. You should start by taking just 1 capsule on day one, then on days two and three you should increase this to two capsules per day (taken in one go). On day four you should instead take one capsule twice per day (one 30-60 minutes before breakfast and one 30-60 minutes before lunch). Continue with this policy until you have finished the course. Each tablet should be taken with 150-200ml of water.

Blade Sport also say that you should not exceed two capsules per day, nor should you take them within 5 hours of going to bed (as the caffeine will disrupt your sleep). They do not mention it in their marketing, but you should also use smaller dosages if you weigh less than 60kg (as the caffeine per kg of bodyweight would be very high).

Probably the best ingredient for pre-workouts and for fat-burners, caffeine has so many proven benefits that it is unsurprisingly the main active ingredient here. There are three reasons why Blackcut contains caffeine (only two of them really matter though).

1) Caffeine can increase fat oxidation during exercise, you will burn more fat while supplementing with caffeine.

2) Caffeine can help you to burn more calories by allowing you to train harder and for longer during a workout.

3) Caffeine can help to improve focus, concentration, and banish fatigue.

The last benefit of caffeine is mentioned in the marketing materials for Blade Blackcut, but in reality, people are purchasing this product so that they can lose weight, and caffeine can help.

However, remember that too much of a good thing is bad. Many fat burners contain wayyy too much caffeine, which can lead to users suffering from jittery side effects – this seems to be the case with Blade Blackcut with its massive 250mg per serving.

To put this serving into perspective, we’ve seen many pre-workouts with less caffeine…

In fact, we’ve recently started to prefer non-stimulant pre-workouts to avoid the risk of jitters and energy crashes altogether.

This is an interesting ingredient. Green coffee extract shot to fame when it was promoted on the Dr Oz show as the next new fat-burning miracle drug. The Federal Trade Commission later reported that such claims were ‘deceptive’. This led to an obvious backlash against green coffee extract and most people would now write it off as a joke.

But the reality isn’t as clear cut as that.

A 2011 study did find that green coffee extract was effective as a weight loss drug [2]. However, the study had many issues with its design and the scientists themselves pointed out that more rigorous studies should be performed to test their conclusions.

A supplement ingredient that may help with weight loss, but so far only studies on the elderly have seen a significant change in body fat after taking it [4]. Those same studies also found that it increased muscle mass slightly too. L-carnitine may also help to reduce fatigue, allowing you to train for longer, which is another way for you to burn more calories and lose more body fat.

However, until studies have shown it to be effective in people who are not elderly, we’ll have to call it a useless ingredient for fat burning. Standard dosage for L-Carnitine L-Tartrate is between 500mg and 2,000mg. Blade Blackcut contains just 120mg.

L-Theanine is an amino acid that doesn’t have any particular weight-loss benefits, nor does it improve your physical fitness in any way. However, l-theanine does have a superpower. It can magic away many of the side effects associated with high caffeine intake! Combining caffeine and l-theanine will lead you to feeling all the benefits associated with caffeine with less of the side effects. A great supplement ingredient to add to this product.

Other than its ability to reduce stress, improve cognition, and improve memory, there doesn’t appear to be any reason to include l-tyrosine in a fat burning or performance enhancing supplement. Again, it seems very under-dosed with standard dosage (500mg) being five times higher than the 100mg in each serving.

There have been many studies that have attempted to find out if cocoa extract has an effect on weight loss, none of them have found any significant improvement. Cocoa extract does not help burn fat, nor will it improve your workout or even affect your focus. This is an odd choice of supplement ingredient.

Usually, the lower down you go on a supplement ingredient list, the less effective the ingredients. So far, Blade Blackcut has followed this trend. However, Coleus Forskohlii extract may buck that trend.

A 2005 study on overweight and obese men found that taking a supplement containing coleus Forskohlii extract saw a significant reduction in body fat and an increase in muscle mass over a period of 12 weeks [5]. Sure, more studies are required before we can say anything for sure, but it’s looking good.

While green tea catechins have been shown to increase fat oxidation, this is only when they are ingested in high dosages (500mg), Blade Blackcut contains just 30mg. This dosage will have no effect on fat burning and is probably included as people will recognize the name. Are we being overly cynical here? Probably not.

The right dosage of cayenne pepper can increase metabolism for 30 minutes, reduce appetite (great for dieting) and increase fat oxidation. However, only 6mg is present in Blade Blackcut. This dosage isn’t going to do anything. 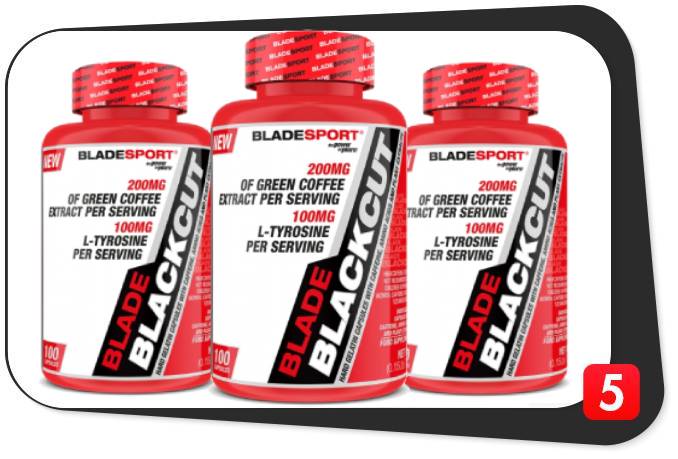 If you are not a habitual caffeine user (i.e. you do not regularly drink tea or coffee) then the high doses of caffeine present in Blade Blackcut could help to increase fat burning slightly. The inclusion of Coleus Forskohlii extract may also help increase fat burning and weight loss. Certain ingredients may also help to reduce fatigue as well as allow you to focus better.

This supplement does not appear to be aimed at anyone in particular and could be used by either men or women and would be safe for anyone under 60 years of age with no heart or blood pressure issues. People with a very high tolerance to caffeine should avoid as it will not achieve anything, while people with very low tolerances to caffeine should avoid it as it would be way too powerful for them.

Any Potential Side Effects with Blade Blackcut?

Caffeine in high doses can have numerous side effects. Nausea, heart palpitations, anxiety, poor sleep, headaches, and cognitive issues. However, the inclusion of L-theanine can help to prevent or at the very least lessen the side effects of caffeine. Even so, pregnant women should avoid this product as the high caffeine may be harmful for health.

Currently the only places to purchase Blade Blackcut are on the Blade Sport European website as well as the Blade Sport UK website. Sadly, at the time of writing both websites are currently out of stock. The UK website has the price at £21.50 ($26.42).

Here’s the thing, when people say that fat burners don’t work, they have a point, but they are not correct. A fat-burner will cause a small difference in fat burning, but the difference will be for the most part meaningless if you don’t put in the work yourself too. For a fat burner to have any effect on fat loss you need to have your diet in order (a calorie deficit is a must) and you need to be leading an active lifestyle.

There are some good fat burners out there, which can help to boost your own hard work that little bit further. The problem is that Blade Blackcut is not one of them.

It’s frustrating, because green tea extract and cayenne pepper extract may actually have been effective, but the doses are so small that they are basically useless. Which is an apt description of Blackcut in our honest opinion.