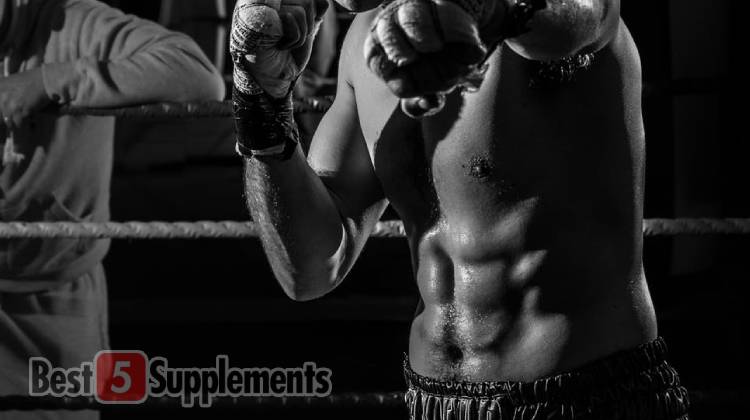 There has never been better access to high-quality nutritional and exercise science, yet as a nation, we are getting bigger. Wider, not taller, according to a U.S. study which shows the average man has put on 8lbs (and woman 7lbs) in the past two decades (but has remained the same height).

Many weight loss supplements fail, either because they make outrageous claims, or because they don’t contain scientifically backed ingredients.

They tend to load up on caffeine, which is an effective fat-burner but only in caffeine-naïve people (people who don’t regularly consume caffeine).

One ingredient that has been overlooked by many supplement companies is forskolin, the main bioactive ingredient of the herb Coleus Forskohlii.

In this article we are going to take a look at forskolin and the benefits that are associated with it before highlighting a supplement that is (in our opinion) the best forskolin supplement for weight loss, called Performance Lab SPORT Fat Burner.

Fat burning supplements are often misunderstood by the general public. They are not miracle pills. Their function is to slightly increase your metabolism as well as increasing fat oxidation (the burning of stored body fat for energy). They are designed to enhance your fat loss diet and exercise regimen, rather than to work as a standalone product.

Taking a fat loss supplement on its own and expecting it to work is a bit like trying to create your own orchestra without bothering to find any instruments. If you are following a diet and in a calorie deficit then you will lose weight. If you take a fat loss supplement as well, you may find a small increase in weight loss. Every little helps.

Weight loss supplements and fat burners will also work best for people who are significantly overweight or obese. These are the people who will see the best results from any fat loss supplement. Combined with exercise and diet they can have a powerful effect.

Coleus Forskohlii is a plant also known as Plectranthus barbatus that comes from the Lamiaceae family (herbs such as basil, mint, sage, rosemary, oregano and many others also come from the same family). Forskolin is an extract of Coleus Forskohlii and it has been used in traditional Indian medicine for years to treat heart disease and other ailments.

Interestingly, studies have shown that forskolin can help to:

Another benefit that has been associated with forskolin is its ability to suppress/prevent asthma attacks in people who suffer from mild to moderate asthma.

A 2006 study found that taking 10mg of forskolin each day led to a significant reduction in asthma attacks in people with moderate asthma [2]. A 1986 study found similar results, though it was not as effective as fenotrol (a common asthma medication) [3].

These benefits are often overlooked, but can actually help you to train harder in the gym which is very important for weight loss.

While forskolin is not often thought of as a weight loss supplement, there is quite a lot of evidence that it is effective. Greenway & Bray (1987) found that using forskolin topically led to a slight reduction in thigh fat in women [4]. A 2005 study found that forskolin supplementation was significantly more effective than a placebo at preventing weight gain in overweight women [5].

Godard, Johnson, & Richmond (2005) produced the most interesting results [6]. Overweight and obese men took forskolin for a period of 12 weeks. The study found that forskolin supplementation led to a significant decrease in body fat percentage, and fat mass. There were also increases in bone density, lean body mass (muscle), and there was a significant increase in testosterone production.

So not only does forskolin help to increase fat loss, it may also boost testosterone levels. Increasing your testosterone can have many benefits for men, particularly those who already have very low levels (many obese men have chronically low testosterone).

Higher testosterone levels mean a higher metabolism, which can help you reach a calorie deficit – which is necessary for fat loss. Testosterone can also help improve your libido, increase sperm count, and improve sleep quality. 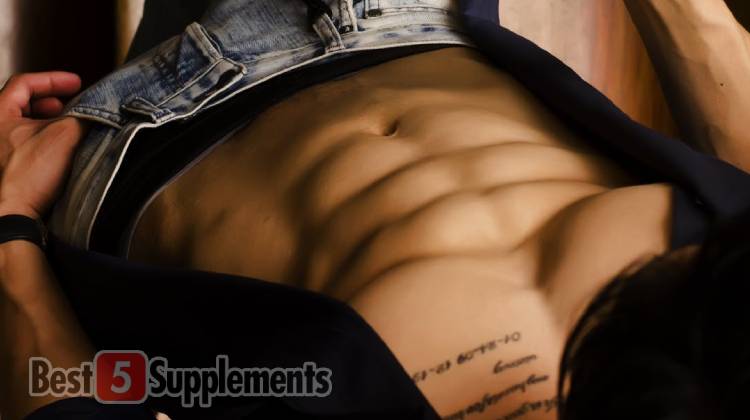 Forskolin is not a particularly common supplement ingredient, though that is not to say that there aren’t several forskolin-containing products out there. Performance Lab Fat Burner is one such product, and in our opinion,  it may just be the best forskolin supplement for weight loss out there.

Performance Lab are a highly respected supplement company, with a pretty impressive range of products. From their Whole-Food Multi to specialist supplements for vision, mind, sleep and energy, as well as sports supplements such as their fat burner, T-booster, pre-and post-workouts and more.

Each product ties into their personal brand, and many of their products are designed to be taken alongside each other – though are still very effective when taken alone. Supplement companies that follow this same model are always going to outshine their competition.

Performance Lab Fat Burner contains 250mg of Coleus Forkskohlii which is a dosage that has been used in several of the studies mentioned above. It also contains HMB, a metabolite of leucine which is designed to help improve fasted training (perfect for those who are dieting and exercising at the same time).

Cayenne pepper is also present, which has been shown to have thermogenic properties – which explains how spicy food can increase your body temperature and heart rate. This is known as thermogenesis and is responsible for an increase in metabolism and therefore calorie consumption. Finally, there is black pepper extract (Bioperin) which has been shown to increase energy expenditure during thermogenesis and preventing fat accumulation.

This is a clever use of ingredients that helps SPORT Fat Burner to stand out from the rest. Rather than just stuffing their supplement with stimulants they have tried to find ingredients that complement each other.

Performance Lab have done the right thing here, used smart ingredients in a clever way. Helping to assist your fat loss goals rather than claiming that their product will transform your physique overnight.

With forskolin’s ability to increase testosterone, bone mineral density, lean body mass while decreasing body fat, you can see why it has been included in a fat burner that also looks to improve sporting performance.

Performance Lab are clearly going for a supplement that can help you to increase your energy expenditure throughout the day. It does this by increasing thermogenesis as well as helping you to exercise at a harder intensity.

Forskolin can also help to reduce fatigue, which will help people who are on a fat loss diet; this is because less calories consumed will leave you feeling low on energy which can contribute to physical and mental fatigue. Taking forskolin can help to combat that.

Fat burners often have a bad reputation for either being ineffective or for being too effective and therefore dangerous (i.e. ephedrine and similar supplements). Performance Lab SPORT Fat Burner is trying to change this perception.

This product, as with all fat burning supplements, will tend to work better for the obese and severely overweight. There are many reasons for this, but the main would be that obese people have the most fat to lose. If we say that this fat burner would help someone lose 2-5% of total fat this would represent a lot more fat in an obese person.

If you are very overweight or obese and you have already committed to burning more calories through exercise and changing your diet, then a fat burning supplement that contains forskolin may help you to improve your fat loss results.

If you are only a bit overweight, then you can still see benefits from taking Performance Lab SPORT Fat Burner. This is because of the ability it has to improve your sporting performance, increase testosterone, and reduce fatigue. It will also help you to burn some fat, though not as much as someone who is carrying more weight.

Even better, Performance Lab SPORT Fat Burner is caffeine-free and free of GMO, soy, gluten, allergens and synthetic additives; it is 100% vegan-friendly, produced in an FDA-approved and cGMP certified facility and is therefore one of the cleanest formulas on the market today.

We’re happy to recommend Performance Lab SPORT Fat Burner as our forskolin supplement of choice for weight loss and more. 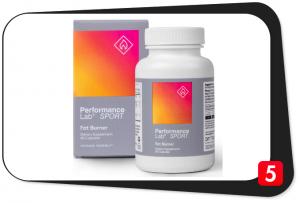