You are here: Home / Energy / The BIG List of Energy Boosters

Do you want to boost your energy levels to enhance your physical and mental performance? Well, our big list of energy boosters can help you do just that. 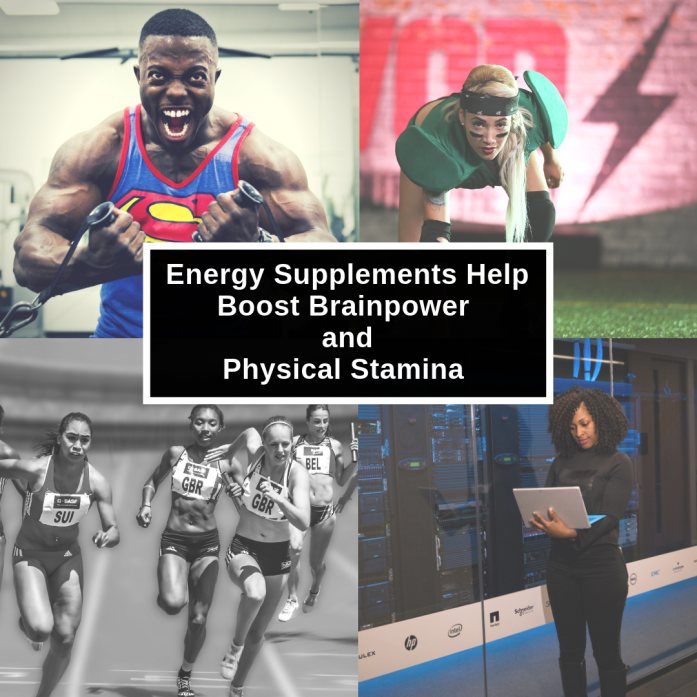 Whether you’re a business person with a family who’s trying to stay in shape or a bodybuilder seeking ultimate gains, we all require energy to keep us going throughout the day.

Otherwise, fatigue can interrupt our most productive and enjoyable times. Not to mention, it can hinder physical and cognitive performance each day. Luckily, that’s where energy boosters come in.

Below, we’ll explain the different types of energy boosters to help you determine which, if any, is right for you. And if you’re looking for more information, check out our guide on the best energy supplements of 2018.

First up on our big list of energy boosters, Acetyl-L-Carnitine (A.K.A. ALCAR) comes from the compound L-Carnitine. L-Carnitine is a natural amino acid that is produced in the body.

ALCAR helps by supporting the transport of fatty acids across the mitochondrial membrane to promote energy production in the form of adenosine triphosphate (ATP).

Acetyl-L-Carnitine is also a potent antioxidant that can protect our cells from oxidative stress. In addition, it can alleviate chronic fatigue and celiac disease, which often affects elderly populations. As a result, it may help balance the mood. 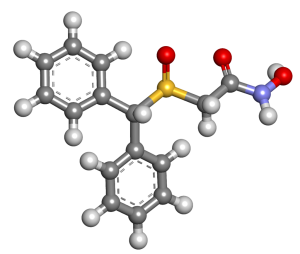 Next up, Adrafinil is a precursor to modafinil, a compound that counteracts fatigue. It prevents the sudden drop of energy levels when we’re tired and deprived of sleep.

Clinical studies back the safety and reliability of adrafinil, which is why it has gained popularity as an energy booster.

The primary mode of action of adrafinil as an energy booster is to block the reuptake of the neurotransmitters dopamine and noradrenaline. This blockage can improve alertness and attention.

In addition, adrafinil is a popular nootropic ingredient. Thus, it may boost overall cognitive performance on top of increasing energy upon intake.

Another energy booster, Alpha Lipoic Acid is one of the most potent antioxidants available today. It is a natural energizer found in the body as well as in certain foods.

Specifically, ALA supports energy production from within the mitochondria of our cells using these modes of action:

Research on ALA as an energy booster is still in its early stages. However, current data says it can alleviate chronic fatigue. Thus, increased ALA intake may be ideal for patients who experience chronic fatigue. 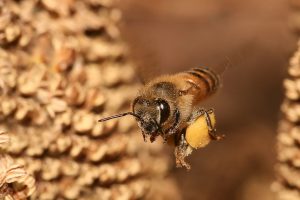 Bee flying back to its hive after gathering pollen By Muhammad Mahdi Karim [GFDL 1.2], via Wikimedia Commons

Another potential energy booster, bee pollen comes from the nectar obtained by worker honeybees from flowers. It is a healthy substance composed of amino acids, vitamins, minerals and other beneficial nutrients.

Bee pollen has many health benefits as a dietary supplement for overall health. However, its effect as an energy booster has only been demonstrated in animal studies and limited clinical trials. Nevertheless, bee pollen remains a great source of beneficial nutrients for the body.

B-complex vitamins are composed of eight B vitamins that promote overall energy production. In fact, every vitamin within the B complex is essential for metabolism and homeostasis in the body.

The most important function of B-complex vitamins is that they convert food into usable energy for cells. For this reason, B vitamins are often included in workout supplements, sports drinks and nootropic stacks.

All in all, B-complex vitamins contain nutrients that are essential to the human body. Without them, we can become more prone to disorders and nutritional deficiencies.

On the other hand, keep in mind that vitamin B supplementation may not boost energy if you’re not deficient in these vitamins. 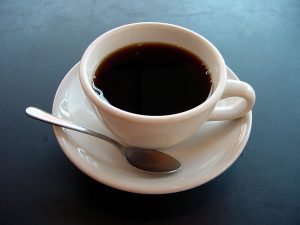 A cup of coffee By Julius Schorzman [CC BY-SA 2.0], via Wikimedia Commons

One of the most effective and research-backed energy boosters, caffeine is the most popular legal stimulant in the world.

Caffeine comes in different forms including beverages and supplements. It works its magic by blocking the neurotransmitter adenosine, a chemical that induces feelings of sleepiness and calmness.

In addition, caffeine increases our levels of the neurotransmitters serotonin and dopamine while enhancing our absorption of both. This ultimately promotes wakefulness and reduces feelings of fatigue.

Furthermore, Caffeine even promotes the secretion of adrenaline, a hormone that stimulates the body and mind. These energizing effects are likely all too familiar to most of us.

However, we also know that too much caffeine intake can lead to negative side effects including temporary insomnia, jitters and mild palpitations.

Coenzyme Q10 is a fundamental vitamin-like molecule for energy production. It is also called CoQ10.

The effects initiated by CoQ10 are quite similar to those elicited by B vitamins. Like B vitamins, CoQ10 extracts energy from food sources and transforms it into adenosine triphosphate (ATP) to fuel the cells.

Furthermore, clinical trials suggest CoQ10 can reduce fatigue and delay muscle exhaustion. However, we may only experience the energy-boosting effects of CoQ10 when our current CoQ10 levels are low. 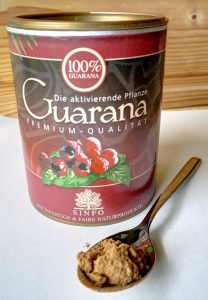 By Richard Huber (Own work) [CC BY-SA 3.0], via Wikimedia Commons

Guarana is a caffeine-rich plant that is native to South Africa. It contains xathines, which may further its effect as an energy-boosting ingredient.

Guarana’s primary function is to stimulate the brain, similar to caffeine. It even contains antioxidants like some forms of caffeine.

**Antioxidants can help protect the body from damaging free radicals that occur during intense physical activity and stressful situations.

However, Guarana does one better than regular caffeine. Studies show the plant “provides additional stimulation” compared to plain old caffeine.

Ginseng is a popular, age-old medicinal herb with a ton of health benefits. It is considered an aphrodisiac, an adaptogen and a brain-boosting nootropic.

The adaptogen effects of ginseng may be its best attribute when it comes to boosting energy. Ginseng enables the body to adapt to physical and mental stress quickly while preventing fatigue.

However, while ginseng has shown to be effective, its modes of action have baffled researchers for years. Thus, here are the hypothesized effects of ginseng as an energy booster:

Overall, clinical studies have proven the effects of ginseng as an energy booster. However, it remains unclear how it elicits these effects.

Next up on our big list of energy boosters, L-tyrosine is a non-essential amino acid that is produced in the body. However, it’s also found in supplements and foods like milk, soy, pork and beef.

As an energy booster, L-tyrosine supplementation is linked to the following benefits:

L-tyrosine not only boosts energy, but it’s also an effective nootropic ingredient. As such, it is often included in nootropic stacks and workout supplements because of its positive effects on the mind and body.

Pyrroloquinoline quinone or PQQ is an essential molecule that helps enzymes do their jobs properly. PQQ is consumed via supplements or foods like kiwi and soybeans.

Moreover, it impacts these bodily functions:

PQQ may also help prevent or reverse mitochondrial impairment due to aging. And while research regarding PQQ supplementation is still young, current data seems promising. 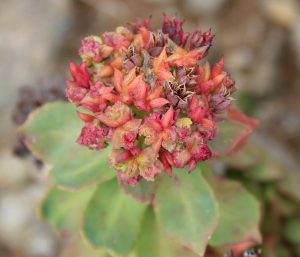 Next on our list, Rhodiola Rosea is a natural, herbal adaptogen for the mind and body. It is known to boost energy in the human mind and body, even during stress.

Oftentimes, it’s difficult for us to focus when we feel stressed. After all, stress makes us tired and affects our mood.

In other words, stress depletes energy. As an energy booster, Rhodiola Rosea has the following benefits:

Whether we know it or not, stress can significantly reduce our energy levels and impact our mood. However, the herb Rhodiola Rosea allows us to adapt better to physical and mental stress, which can improve energy levels and balance the mood.

Last but not least on our big list of energy boosters, Ribose is a sugar produced by glucose in the body. It can promote the production of ATP, which is the body’s primary energy molecule.

For example, early studies on Ribose supplementation show it may help individuals with impaired ATP production and chronic fatigue syndrome caused by mitochondrial dysfunction. It may also help with other medical conditions.