Now the big man could be looking at a 2-year suspension from fighting.

Time and time again, whether we’re talking cocaine, booze, or (now) “potentially failed dope tests,” ‘ol Jonny Bones seems to be popping in and out of this discussion on chemically-enhanced tomfoolery.

Which, at this point, can mean only one thing: 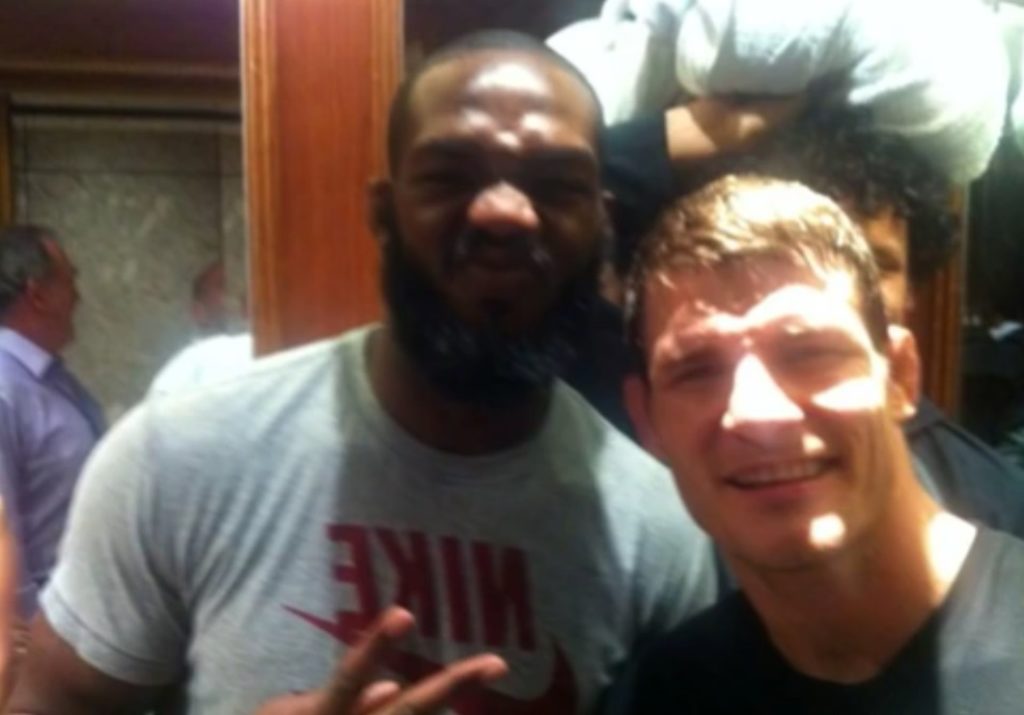 And, yes, this is old hat: The quote-unquote “best mixed martial arts fighter in the world and one of the greatest fighters of all time” (quoted straight from J.J.’s website) has never shied away from sharing secrets of his late-night coke-cruises and long history of pot & alcohol addiction–and, frankly, these habits are not unique to Mr. Jon Bon Joney (that’s right, bro… we just did that):

So what’s special about Pass me a bottle, Mr. Jones’ (potential) drug-use this time? 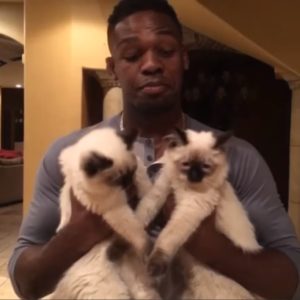 But who could say “no” to a UFC champ holding fluffy cats?

In other words, the “best mixed martial arts fighter in the world” is staring down a 730 days unpaid vacation off work—with the potential to appeal this potential 2-year ban if his potential 1st time PED offense potentially turns up officially positive—all on the eve of one of the fighter’s biggest nights: UFC 200 – headlining what could have been Jones’ UFC light heavyweight championship fight against rival Daniel Cormier.

We say “what could have been” because, as of now, Jones is out.

Naturally, other fighters, like Conor McGregor, have offered their support towards Jones, while (not-so-subtly) hinting that they’re available for the headline fight (“I’m here and in shape. All they gotta do is ask,” – McGregor), which has since changed to a Cormier vs. Silva match-up.

Pending the discovery of PED traces in Jones’ B sample, Jones is either looking at an appealable 2-year suspension (which is already being somewhat appealed by the “maybe my supplements were tainted” routine) or a reduced sentence determined by the circumstances of Jones’ positive samples (circumstances = “we can’t prove it was or wasn’t Jones’ T-boosters”).

In what’s now being referred to as “Emotional Jon Jones’ Apology,” the big man offered through a tearful speech:

The odd part about all of this is that Jon Jones is hit with this while coming from a place of “redemption”–what he keeps referring to as his “comeback.” 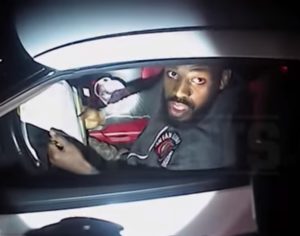 Jones getting pulled over for “drag racing” after revving his engine.

For everyone up-to-date on J.Jones’ history, it’s known that before this most recent allegation Jones had already tested positive for an illegal substance: Cocaine. And that was only a month before his previous fight with Cormier last year (Jones won).

Then in April 2015, he was nabbed by a hit-and-run accident that resulted in an 18 month supervised probation and the removal of his light heavyweight title. He later broke probation when he was pulled over for an alleged drag racing incident that got “verbal” (so to speak) between Jones and the officer.

So, like we said, it’s odd that now Jones is “sober & clean” he’s at-risk of a potentially positive PED drug test. 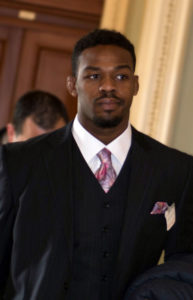 At least, it doesn’t when compared to snorting coke, smoking doobs, street-racing, or whatever other fun activities Jon Jones Jingleheimer Schmidt may or may not be getting himself into during the creepy crawly hours of the night.

But, regardless, we feel it’s safe to say at this point that even if he’s “sober & clean” from the party life, he’s still potentially dabbling with illicit substances.

We don’t mean to throw Jones under the bus–that’s not our intention at all here (i.e. we don’t intend to piss Jones off into kicking our asses into our faces). For all we know, he’s innocent.

But one thing’s for sure: Jones likes to party and, so far, it’s been kicking his ass.

We get it–You work hard, you party hard, too. Do what you gotta do, bro. But leave our PWOs and exercise supps out of your “tainted batch” tinfoil-hat conspiracies. It does less to save careers and more to ruin the reputations of genuine supplement manufacturers.

For the record: While the “tainted batch” is a thing that does exist (although, it’s pretty damn rare), there are steps you can take to ensure you’re buying a good supplement. Any side bits of chemically-enhanced tomfoolery is on you, foo.